The UAE's ultimate amateur BBQ master has been crowned

Sponsored: Find out how you can win a motorbike…

Back in March, 2021, Rotana Hotels launched the search for the UAE’s ultimate BBQ master and after an intense competition that saw many hopefuls battle it out to become king of the grill, the winner has finally been chosen.

After battling it out in the semi-finals in Dubai against three other chefs, Michael sailed through to the final with his jerk chicken with spicy mango salsa and coleslaw. In the finals, which took place on Saturday, April 3, his Greek lamb chops, with a side of breaded mushrooms, warm baby potatoes, and a salad with grilled lemons cinched him the prize. 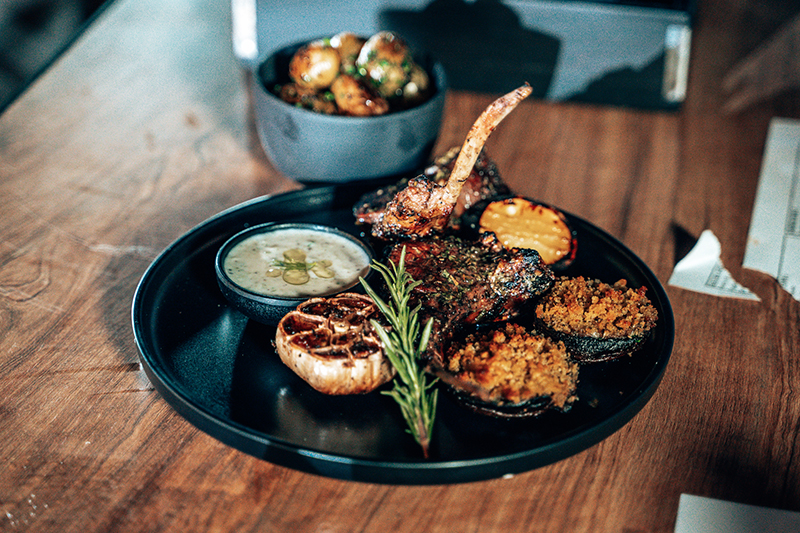 Close runners up in the finals, which took place at Saadiyat Rotana Resort & Villas in Abu Dhabi, were Sultan Almarri (1st runner-up), Andrew Deane (2nd runner-up) and Adam Ridgway (3rd runner-up). Over 120 people entered the competition, which was launched by Rotana hotels in partnership with Mattar Farm and more.

Michael Graham’s winning Greek lamb chops dish will be served at any participating Rotana hotels across the UAE, including JB’s at Amwaj Rotana and Morgan’s at Al Bandar Rotana in Dubai. It will also be available in Abu Dhabi at Garden by Bayview and Rodeo Grill at Beach Rotana, Cooper’s at Park Rotana, and Hamilton’s at Saadiyat Rotana Resort & Villas. 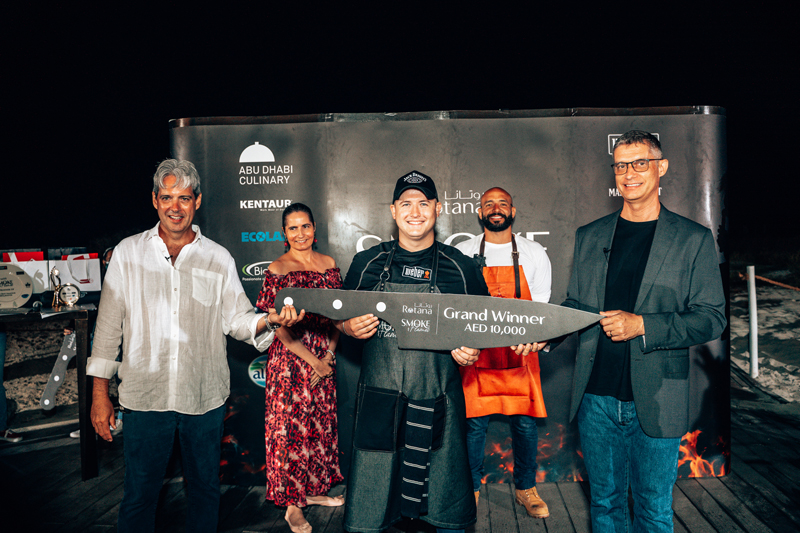 Customers who visit any participating Rotana hotels and order an item from the BBQ menu will be in with a chance to win an Indian Scout motorbike in Thunder Black. To participate, check out the details online for a chance to win, once a purchase has been made from the Smoke and Flames menu.

Other dishes on the menu include pulled brisket tacos with fire-roasted pineapple and chili salsa or slow-smoked barbecue chicken with charred Mexican corn, lime, parmesan and chipotle mayo. Another one is the Jack and hickory smoked short rib served with crispy Mac ‘n’ cheese.

A big congratulations to Michael Graham and the other amateur BBQ chefs who took part.

Eat & Drink
Partner Content
EDITOR’S PICKS
Ain Dubai will open with fireworks, live music and a drone show
READ MORE
Incredible Aura SkyPool to open in Palm Tower this November
READ MORE
Brit Grand Slam hero Emma Raducanu confirmed for Mubadala Tennis
READ MORE
What’s On Nightlife Awards 2021: Here are the nominees...
READ MORE
MOST POPULAR
Bar of the month: Ray's Bar, Conrad Abu Dhabi Etihad Towers
DIFC Art Nights is returning in November for the second time this year
10 of the best Halloween brunches to book in Dubai
Sheikh Hamdan has been spotted dining at DIFC's newest restaurant
6 great things to do in Dubai this week: October 17 to 20
YOU SHOULD CHECK OUT
Our website uses cookies and other similar technologies to improve our site and your online experience. By continuing to use our website you consent to cookies being used. Read our privacy policy here.