What's new on Netflix in the UAE this July

Add these to your ‘Remind me’ list this July…

Netflix is the ultimate go-to for a binge-worthy unwind. The list of new releases can be pretty long and the choice daunting, but we’ve selected some of the best new movies and shows for you to check out in July 2022.

Picking up where Volume 1 ends, we find Nancy is hypnotized by Vecna and Max is under a curse. Are the gang safe and how will they defeat the Vecna? Will Mike save Eleven? You’ll find out when you’ll watch season 4 on Netflix…

Girl in the Picture

This Netflix True Crime documentary spans 20 years and centres around a woman named Sharon Marshall with an aim to find out who she really was, and why her real identity was unknown to everyone – including herself.

Hello, Goodbye, and Everything In Between

Claire and Aidan make a pact to break up before college with no regrets and no broken hearts. However, one epic goodbye date may offer them a last chance at love. 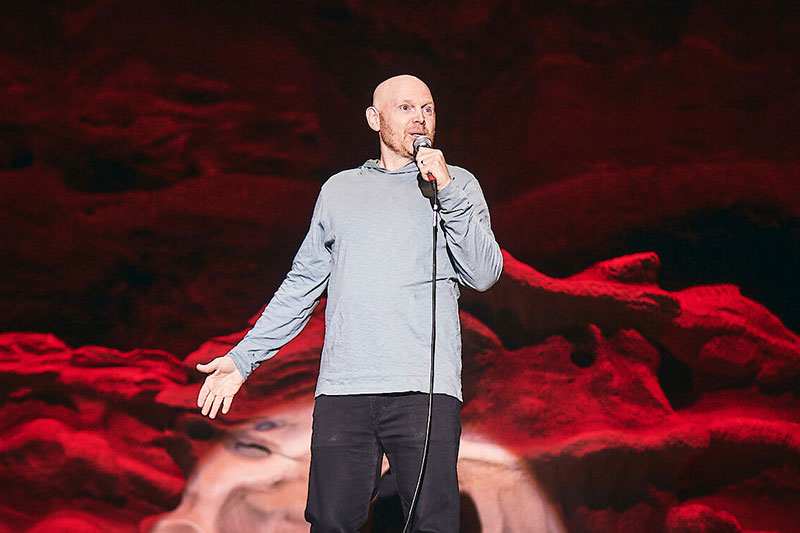 Comedian Bill Burr sounds off on cancel culture, feminism, getting bad reviews from his wife and a life-changing epiphany during a fiery stand-up set.

Kung Fu Panda fans, assemble. Po is back once again on a new adventure to save the world. The once-celebrated warrior of China must redeem his lost reputation and team up with an English knight called the Wandering Blade who has come from England to seek Po’s help to stop a pair of notorious weasels.

Based on Jane Austen’s last completed novel, and one her fans adore, Persuasion follows a woman named Anne Elliot who is talked out of marrying the love of her life due to his economic status. She spends nearly a decade pining over him and receives a second chance at reconnecting with him. Will she choose between putting the past behind her or listening to her heart…

David A. Arnold: It Ain’t For the Weak

American stand-up comedian, sitcom writer, producer and actor, David A. Arnold is back with a Netflix special joking about marital spats and entitled kids as he shares a behind-the-scenes look at his family.

Ryan Gosling and Chris Evans star in this action-filled Netflix release. The Gray Man is a CIA operative Court Gentry, aka, Sierra Six. Plucked from a federal penitentiary and recruited by his handler, Donald Fitzroy, Gentry was once a highly-skilled, agency-sanctioned merchant of death. But now the tables have turned and Six is the target, hunted across the globe by Lloyd Hansen – a former cohort at the CIA, who will stop at nothing to take him out.

The Most Hated Man on the Internet

This docuseries by Netflix is a new three-part limited series which shares one woman’s crusade to take down an obscene ‘revenge’ website.  According to a Netflix article, the series is ‘less about the perpetrator and more about the victims who were brave enough to come forward to stop him.’

When a small plane crashes in the middle of the Canadian wilderness, a lone survivor must battle the elements — and her personal demons— to stay alive.