What’s On the Bookshelf: Books that made us say ‘Nope!’

Page-turners that will send shivers down your spine…

As the much-anticipated Jordan Peele horror flick Nope hits UAE cinema screens, we’re already looking for the books that make us say ‘nope’ but have us turning the page despite ourselves. If you’re a total scaredy cat or prefer your books so dread-inducing that they need to be stored in the freezer, these (spoiler-free) recommendations from the Emirates Literature Foundation team will have you reaching for a range of night lights — if the beasties haven’t turned the power off, that is…

Night of the Mannequins by Stephen Graham Jones 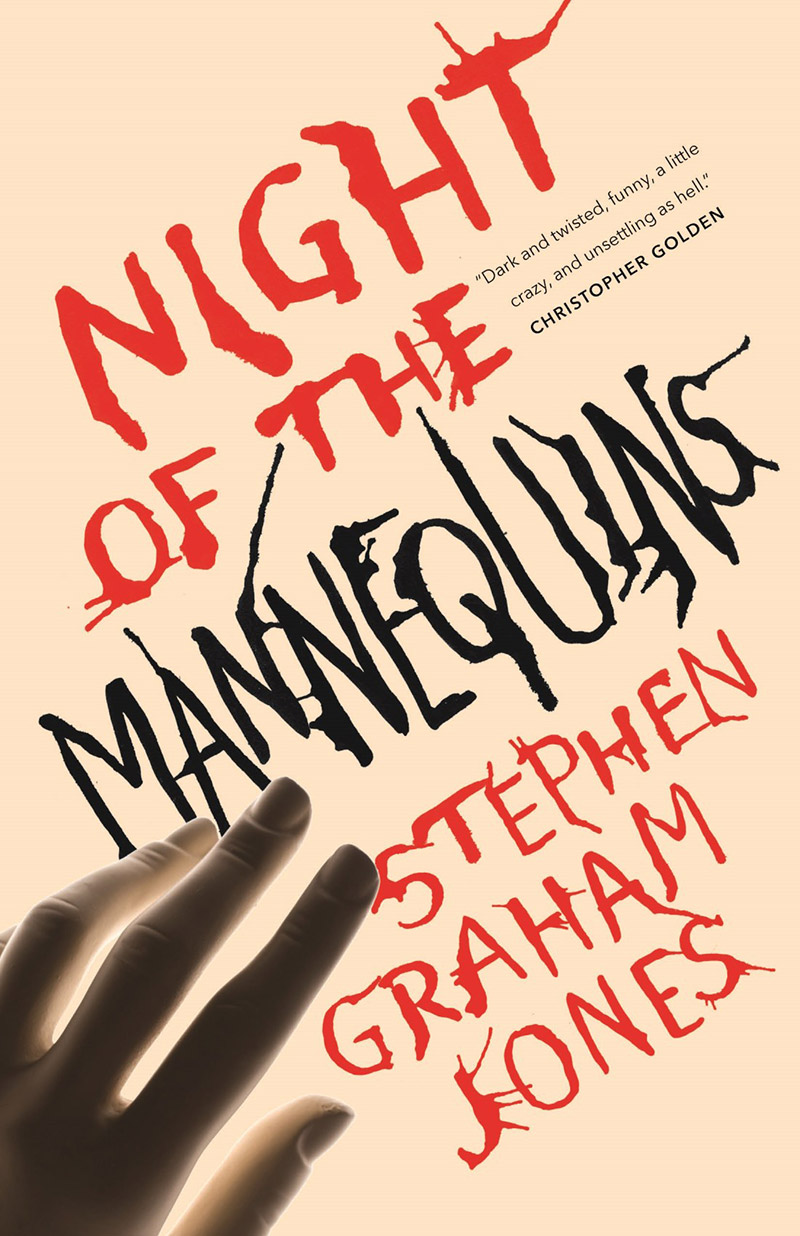 There’s a reason walking past mannequins in the dark when shops are closed is terrifying — it’s because they can become sentient and kill all your friends. At least according to Blackfoot Native American writer Stephen Graham Jones. While he’s best known for his full-length novels like My Heart is a Chainsaw which riffs on the concept of the ‘final girl’ in slasher films, this novella is a slick page-turner about a sinister prank gone wrong, and features a mannequin in a baseball cap, suspicious fertiliser theft, and some serious violence between besties. We can’t say much more than that. 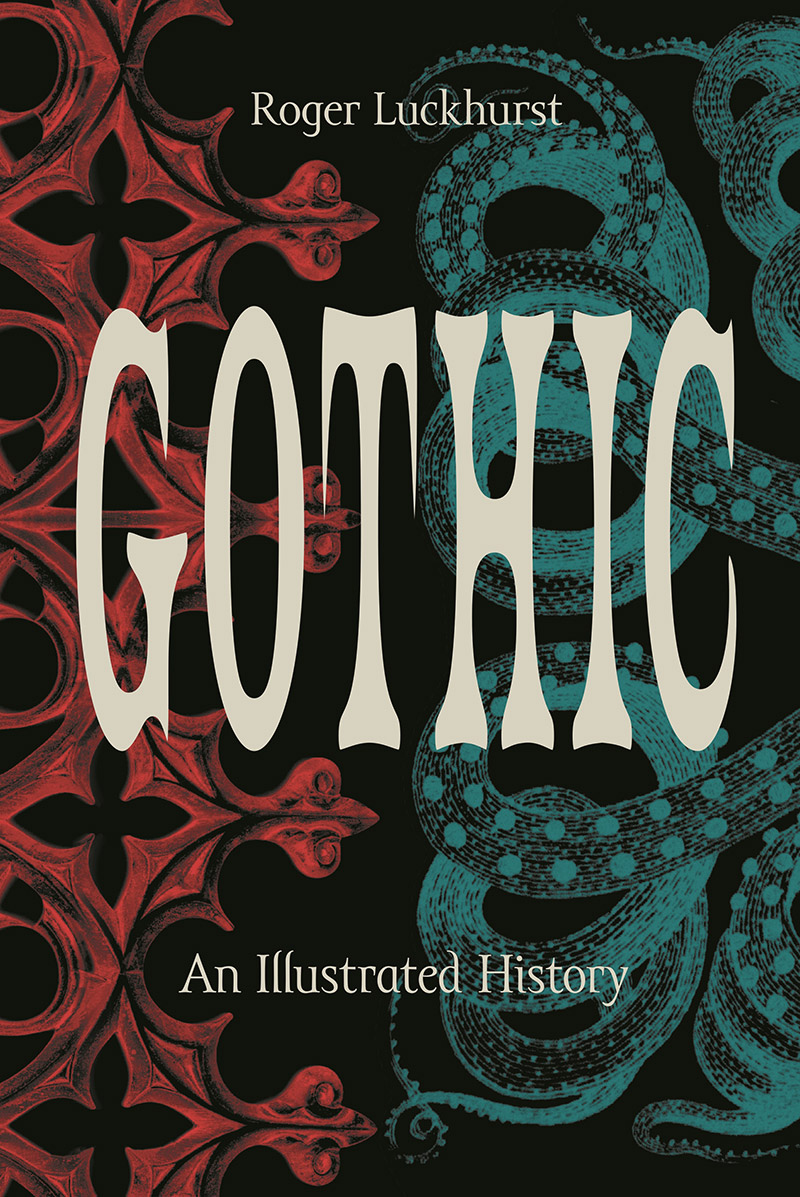 This one made us say ‘Nope’ on page 52 in particular! Anyone still terrified of The Pale Man in Pan’s Labyrinth you have been warned.

Gothic is coffee-table-book-stunning but small enough and so filled with interesting facts and images that you will actually read it cover to cover. It is a magical mystery tour of all things Gothic, from architecture, history, and literature, to cinema and video games. Even, as Luckhurst documents, life itself. And what is ‘Gothic’ anyway? Where did it come from? And how did we get from pointed arches to Buffy the Vampire Slayer? With over 350 illustrations of everything from Donnie Darko to a woodcut of the first crop circle, get ready to explore the history and geography of the world through a weird and fascinating lens and chapters on tentacled monsters. 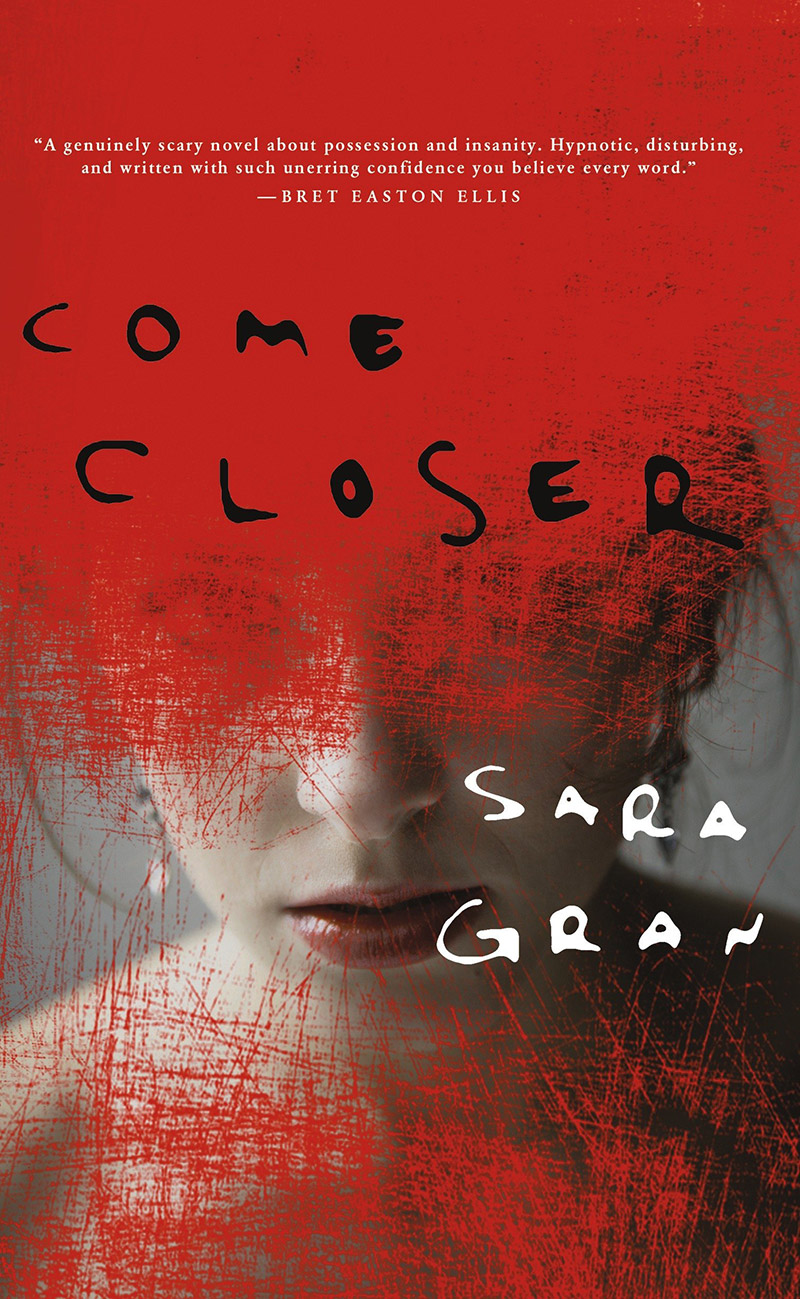 Amanda is called into the office by her boss and reprimanded for sending him an obscene and offensive note that she has no memory of writing. And so begins this sharp and witty tale of a woman’s struggle to locate a sinister tapping noise in her apartment (major ‘Nope’ moment) and fight against increasingly terrifying impulses. Perfect to read in one sitting, Gran hooks you from the first page with a tightly written, keep-you-guessing tale of supernatural and psychological horror.

Ghostland: In Search of a Haunted Country by Edward Parnell 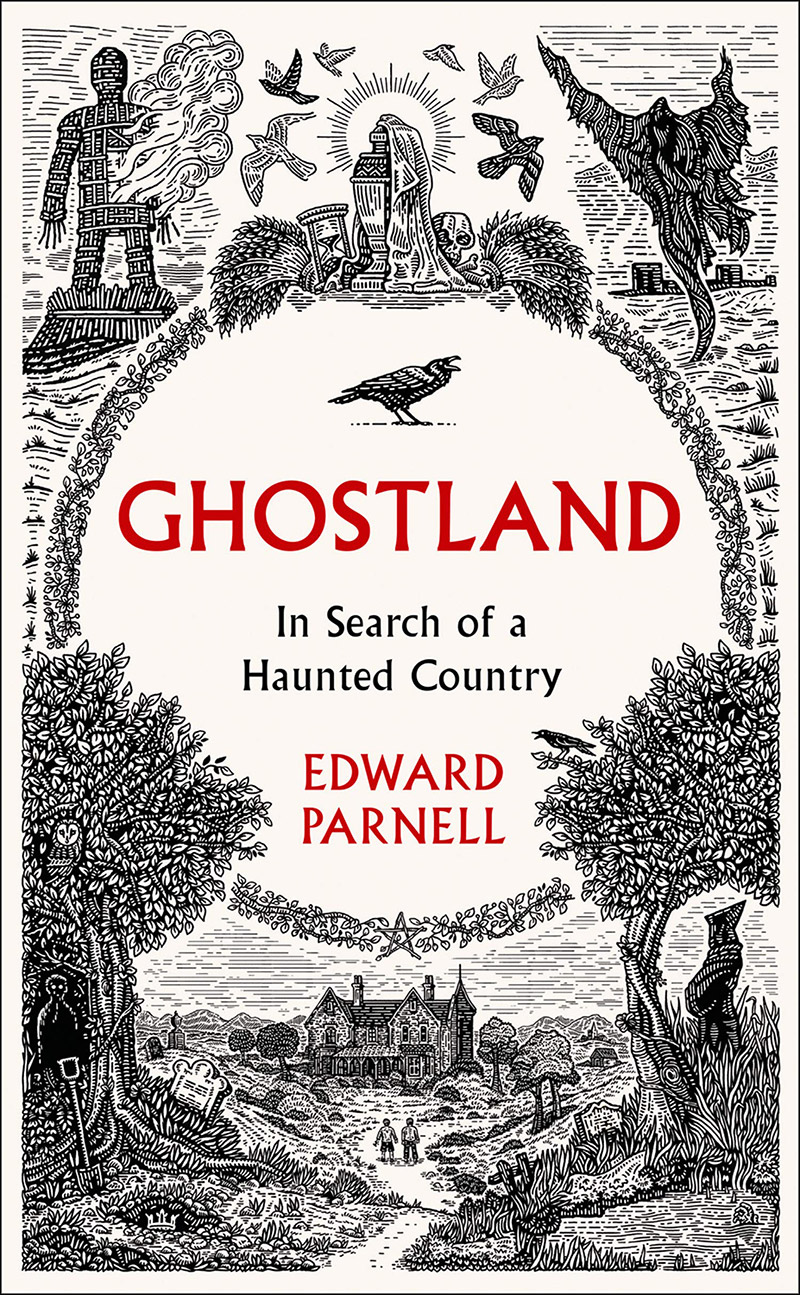 The setting in Peele’s Nope is a character in its own right as is the case in many great horror stories. If you look for Edward Parnell’s memoir in a bookshop, you might not know where to find it, Ghostland being both a memoir and travelogue of a landscape that launched a thousand ghost stories (the British Isles). From woodland to marshland and crumbling cemeteries, Edward explores the people and places that shaped classic horror literature and cinema in the same breath as the beloved haunts of his own childhood. In between the vivid nature writing and mediations on M.R. James and The Wicker Man, Edward eventually reveals the family tragedy that haunts his own life, and the comfort and redemption he has found in a genre that confronts life’s big questions. 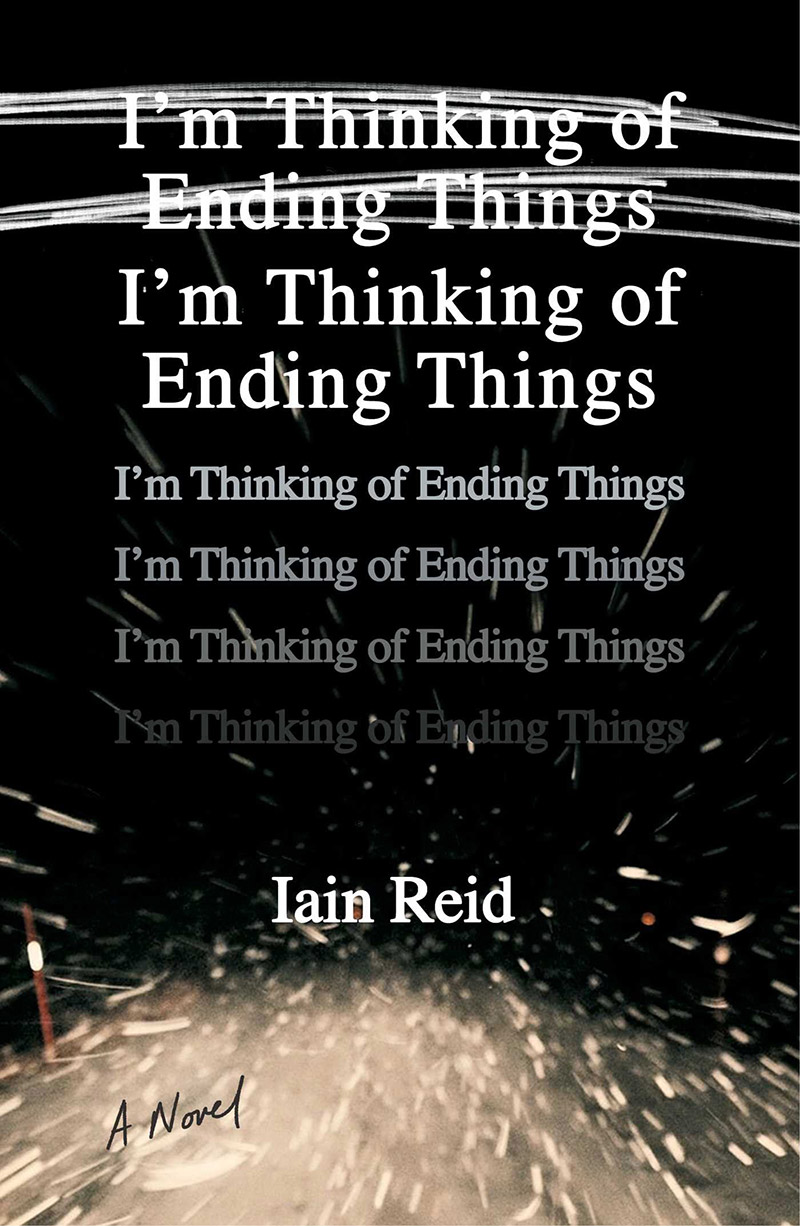 If you really want to say ‘Nope’, listen to this as an audiobook on a late-night drive through a dimly-lit neighbourhood. The story is told in first person from two different perspectives: that of a boyfriend and girlfriend driving to meet his parents at their farm in the middle of nowhere. As they near their destination we discover that the girlfriend has been receiving sinister and unsettling voice mails, and the dread and red flags continue to stack up right until the final chapter, which will make you want to lock your car doors and immediately switch to something by Dr Seuss.

If you enjoyed today’s variety of book recommendations from Annabelle Corton, the Assistant Head of Programming at the Emirates Literature Foundation, then you should check out her other suggestions on their blog. For more recommendations, tune in to their podcast, the Boundless Book Club and follow them on social media and YouTube to enjoy full sessions, author interviews, fun reels – everything in the name of books!

Books
Culture
EDITOR’S PICKS
Here's the full list of UAE public holidays in 2023
READ MORE
23 incredible things to look forward to in the UAE in 2023
READ MORE
Hidden gems: 10 UAE desert pop-ups to discover this winter
READ MORE
Where to travel in 2023: 10 new flight routes from the UAE
READ MORE
MOST POPULAR
The Wizarding World officially comes to Dubai
11 homegrown UAE restaurants that have gone global
13 new brunches in Dubai that will spice up your February
You can now tour these 12 ladies' nights on Yas Island
Sweep your special someone off their feet at TH8 Palm Jumeirah
YOU SHOULD CHECK OUT
Our website uses cookies and other similar technologies to improve our site and your online experience. By continuing to use our website you consent to cookies being used. Read our privacy policy here.