Our picks: 13 things to do in Dubai this weekend

Zombie sessions, Game of Thrones improv, Comic Con, chakra workshops – it’s a diverse offering in Dubai this weekend. Here’s what to do…

For the next three days, Wonderland Theme and Water Park has been booked out – serving as the perfect stage for your post-zombie-apocalypse nightmare. Ever seen the movie Zombieland? It’s a similar set-up to the final scene from that. Read more about it here. The next decision you need to make is, do you want to be a zombie or a survivor? The hunter or the hunted?

2. Have a grimey night out

Tinie Tempah, who, let’s be honest, is the most stylish rapper out there, is playing at White Dubai tonight – his tunes are infectious and dance-inducing, so expect a good one. Can we have a moment for how catchy his new song is?

3. Run up a skyscraper

This morning is the Dubai Holdings Skyrun 2016, which sees Dubai folk with explosive quad power (or just great willpower) running up 1,334 steps (or 52 storeys). The race has been going on for over a decade and last year’s event saw nearly 300 athletes take on the challenge. Keen? You can register up until the day before (aka, this Thursday) until places sell out. 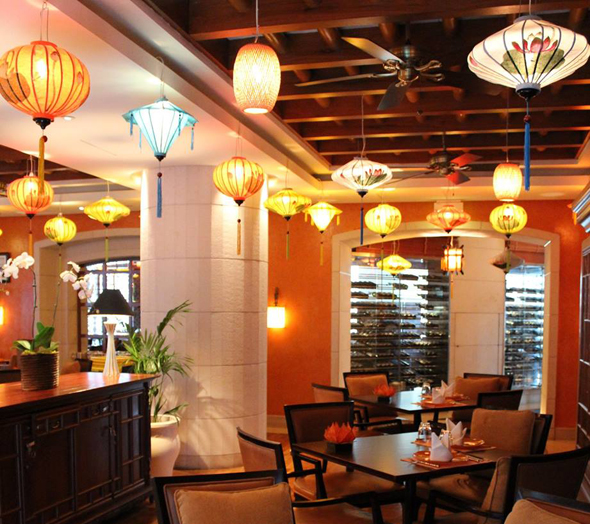 Vietnamese food is one of the few cuisines that is scarce across Dubai’s food scene, but Shangri La restaurant Hoi An has been serving up the delicate, fresh and herbaceous flavours of Vietnam for many years. Its new brunch concept is Vietnamese tapas – and during it they offer a whopping 50 different dishes. We’ll be the ones in the corner loudly and appreciatively slurping our pho. 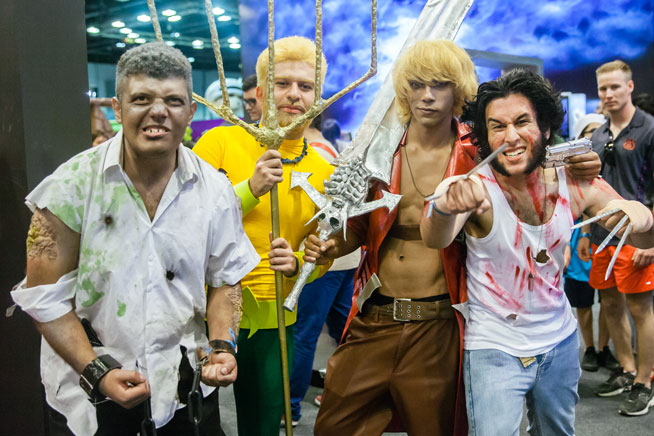 Now back in its fifth year, this might be Dubai’s most star-studded Comic Con yet, with Back to the Future‘s Christopher Lloyd, Nick Frost (Shaun of the Dead, Hot Fuzz), and Nikolaj Coster-Waldau (Jaime Lannister in Game of Thrones) set to appear. Plus, there’ll be musical entertainment too from Darryl McDaniels, aka DMC from Run DMC. Add to that a live on-screen appearance from Marvel comic book legend Stan Lee and the legendary cosplay competition, and you can guarantee a Con like no other.

6. Find your perfect piece of art

World Art Dubai runs until Saturday, and sees 3,000 paintings, prints, sculptures and photos on the walls of Dubai World Trade Centre, all priced between Dhs360 and Dhs36,760. See some of the artworks you can find there here. Plus, on Friday and Saturday there will be a Ripe Contemporary Design & Craft Market, a Jam Jar DIY art pop up and food trucks to boot.

7. Dance for a cause

Sofitel The Palm is hosting a one-off charity Zumba class on the beach this morning, with all proceeds going to the Dubai Autism Centre. For just Dhs100 you’ll get to participate in the hour-long dance session and then get pool and beach access at the hotel, meaning you can make a day out of it.

This is an unusual one (but in a brilliant way) – for 12 hours today, improvisers will take part in an Improvathon to raise money for charity, the International Rescue Committee to be exact. From 10am to 10pm, you’ll be able to partake in, and watch, improv. For free. There will even be Game Of Thrones themed improv from 4pm to 6pm. That’s sold us. See the full timetable here. Donate to the cause here.

Dancers from the esteemed Bolshoi Theatre will perform for the first time in Dubai this weekend – the Russian company is basically the pinnacle of ballet troupes, and this show only features their Prima ballerinas, Premier ballerinas and leading soloists, so the pirouettes are likely to be world class.

Ustad Rashid Khan is the great grandson and former pupil of the legendary Ustad Inayat Hussain Khan Saheb, and is now an icon of Indian vocal and classical music himself. This should be a mesmerising concert due to Khan’s hypnotic style, and is a must for any classical Indian music fans (or those with intrepid ears and a taste for world music). 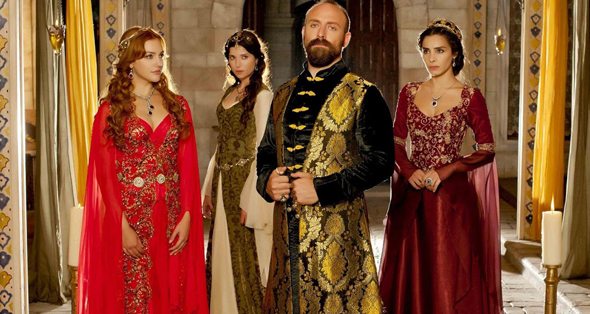 Hareem Al Sultan is a Turkish drama (that’s dubbed into Arabic) that is set in the Ottoman Palace of Turkey, and follows the life of the Sultan and his wives. Well, for the next few months at City Walk, there will be an exhibition featuring the exquisite costumes, jewellery and decor from the set of the decadent drama. There will also be ‘scents’ from the palace, sweets to eat, poems to hear and gifts to buy. Not seen it? Think Game of Thrones meets Days of Our Lives. 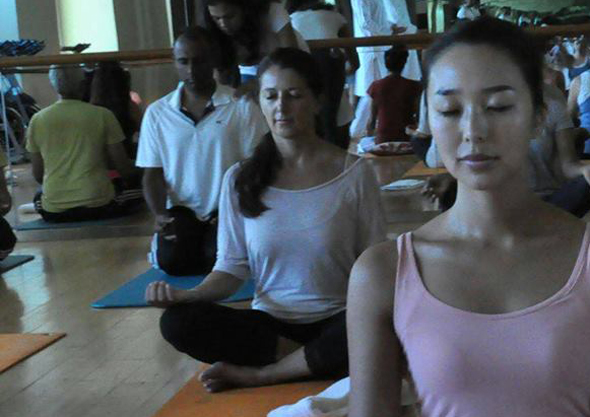 Lifestyle Yoga are hosting an “Activation of the Agya Chakra” workshop this weekend – that particular chakra is associated with clarity and wisdom, and the session includes trataka, moolabandha, yoga nidra, pranayama sadhna (a breathing exercise) and more.

Disney Live is a concert that will see classic Disney hits remixed into hip hop, pop, swing, reggae and country tunes. Random, yes, but we imagine the little ones will love it. Under The Sea, the trap version? There will be 25 cartoon characters on stage throughout the show (so you’re likely to see your fave). Children under two don’t need a ticket (but must sit on their parent’s lap) and children under 16 must be accompanied by an adult.

News
Things to do
EDITOR’S PICKS
Dubai hotels and restaurants to suspend entertainment until further notice
READ MORE
9 royal-approved Dubai restaurants
READ MORE
16 of the best beach bars in Dubai for sundowners
READ MORE
Where to get the Covid-19 vaccine in Dubai, Abu Dhabi and across the UAE
READ MORE
MOST POPULAR
8 of the best homegrown burger concepts in Dubai
Direct Etihad flights to Qatar from Abu Dhabi are inbound next week
Dubai Health Authority answers your questions regarding the vaccination
Expo Dubai 2020: What’s inside the Sustainability Pavilion?
Sheikh Hamdan launches project to renovate Al Fahidi Fort in Dubai
YOU SHOULD CHECK OUT
Our website uses cookies and other similar technologies to improve our site and your online experience. By continuing to use our website you consent to cookies being used. Read our privacy policy here.