A picture tour of Hub Zero, a gamer's delight in City Walk

Hub Zero is now open in Dubai. Here’s a tour so that you know what to expect…

Spread over two floors and 18,000 square metres, Hub Zero in City Walk is a bit of a gamer’s dream.

The ground floor (which is ticketed) has 18 attractions, while the mezzanine floor (which you can just walk into and is pay as you go) has four huge gaming zones and some seriously cool old arcade machines.

*VIDEO: Behind the scenes at Motiongate Theme Park*

Here’s what to expect…

This is a laser tag and laser quest game spread over two levels (with interactive media targets that you have to try and shoot). Up to 24 people can play at one time in teams of 6, 8 or 12. The game is 15 minutes long (which is long enough as it’s being dubbed as an intense and close battle).

*ALSO READ: No, this isn’t London, this is City Walk Dubai* 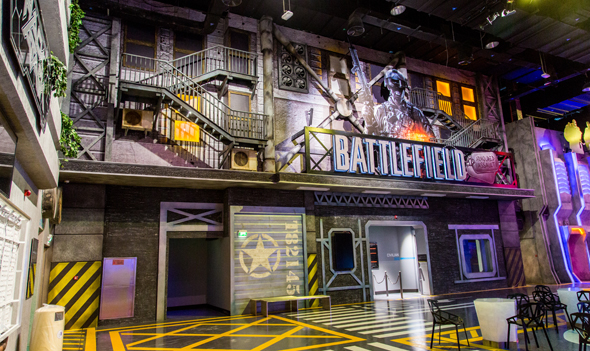 This dark ride involves five vehicles that can take up to five people at a time. The ride is themed around Battlefield 4 and each person on the ride has laser guns and 3D glasses – you’ll shoot your way through five different battle scenes that have physical targets. The best bit? This is a point scoring challenge. So yes, you can win. The AI-enabled gaming engine tracks scores and the skill level of each gamer so that you get a more challenging experience the more you play. 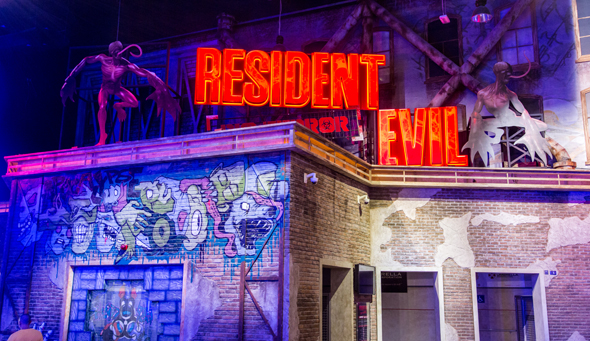 This dark 3D ride takes you through an abandoned laboratory that’s infested with zombies. You’ll get a laser gun and special goggles and go through six scenes (and, like with the Battlefield game, this one can detect your skill and adjust game difficulty accordingly).

*IN PICTURES: What you’ll find at Bollywood Parks Dubai*

This 10-minute session in a 3D area will see you facing a full force attack. Its a 360 degree, life-size experience. 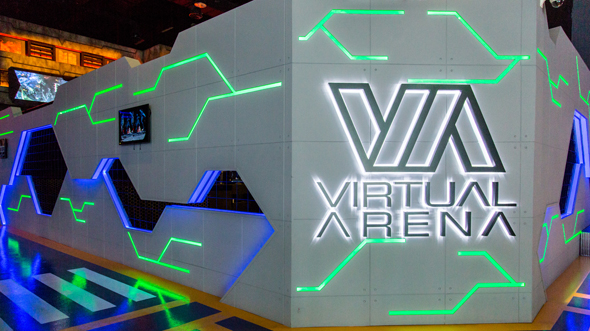 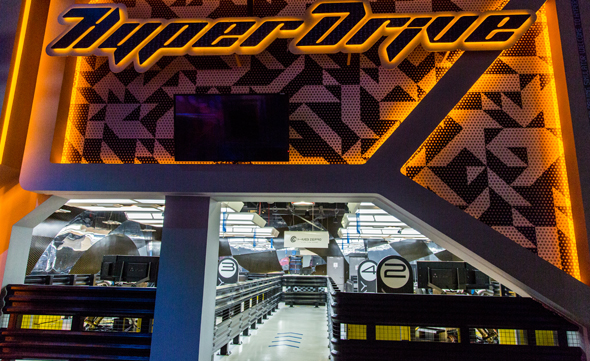 This driving simulator features four high-tech motorsport simulators that have six degrees of movement and each have three 42 inch monitors, giving you a wide view of the race track. The simulators are very sensitive so they take some skill to manoeuvre. 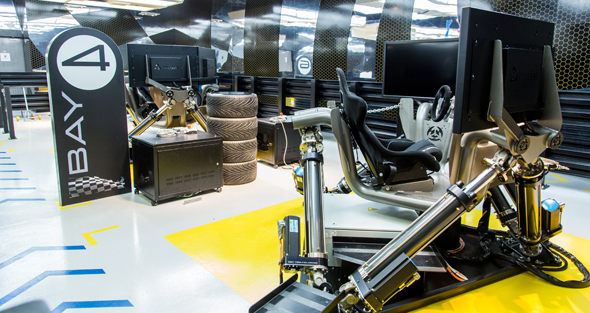 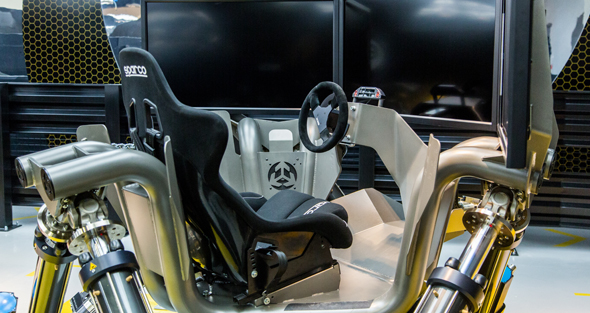 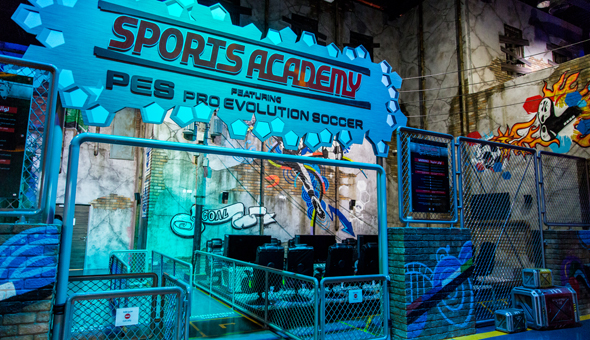 Here you’ll be able to get involved in a 12-minute PES tournament where you can test your ball sport skills with the latest Kinect software. 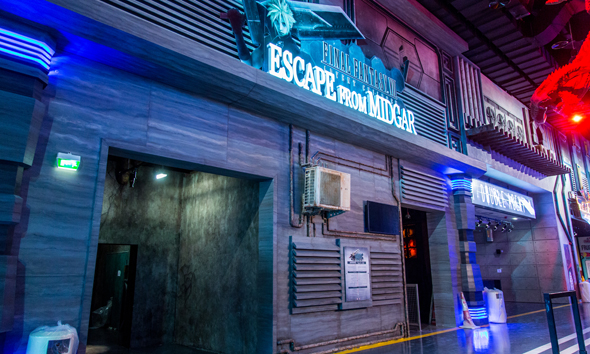 This ride is based on the game Final Fantasy VII (because, let’s be honest, that’s the best one in the series). It will take you down a 3D immersion tunnel where you’ll join the game’s main characters as they try and escape. You’ll be on an omni-directional motion platform that seats 30, and the AV system is on a curved screen and has five sets of 3D media projectors.

*ALSO: The world’s largest indoor theme park, which is opening in Dubai this summer*

Dragon Age: Flight of the Wardens

This is probably the ride of the park (and the scariest one to boot). Only four people at a time can ride it as you sit on a giant robotic arm that will fling you around the room with 360 degree, 3-axis movements. 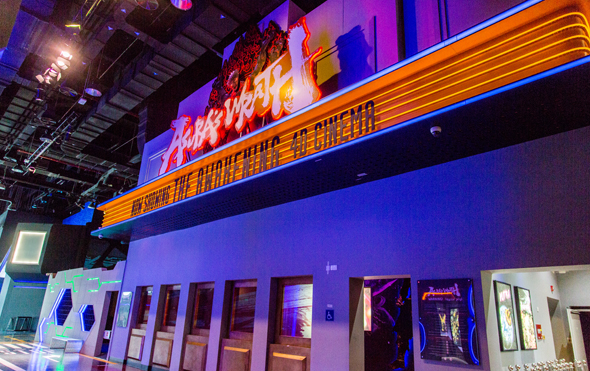 This 46-seat 4D cinema (with space for wheelchairs too) will play a 3D movie with the added effects of a 4D seat, leg ticklers, seat vibration, a water spritzer, air/blast and wind and sound effects. 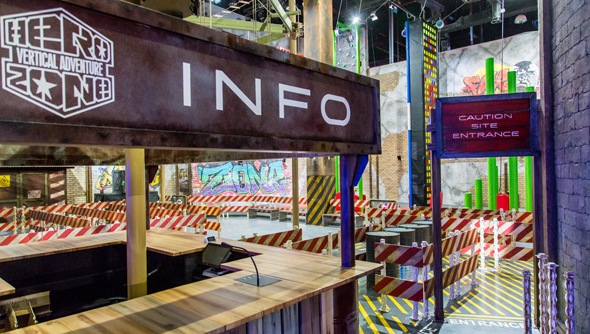 This large zone is for those who like to climb, swing and leap. 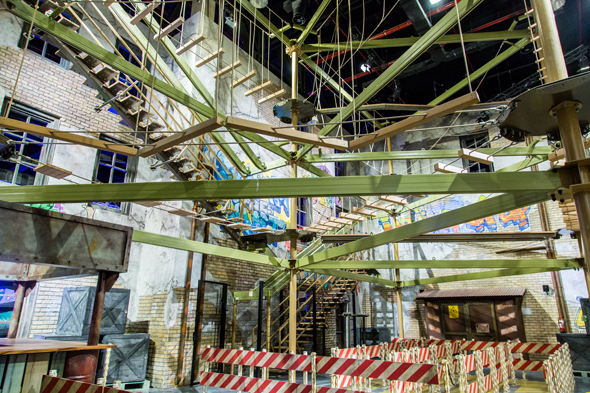 There is a high rope course, a face to face climbing wall… 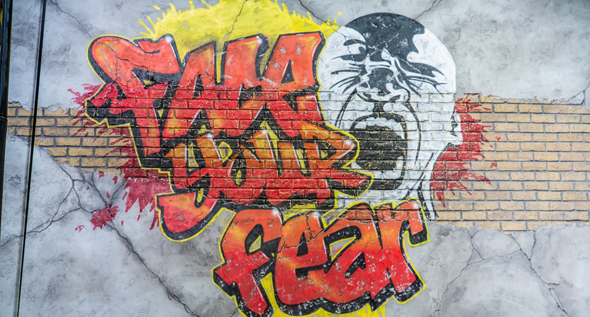 And the interestingly named ‘stairway to heaven’ and ‘leap of faith’. 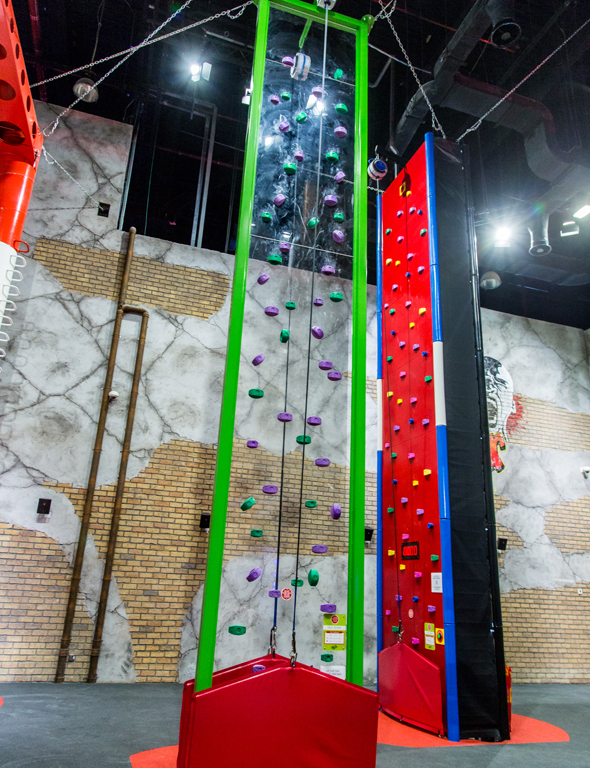 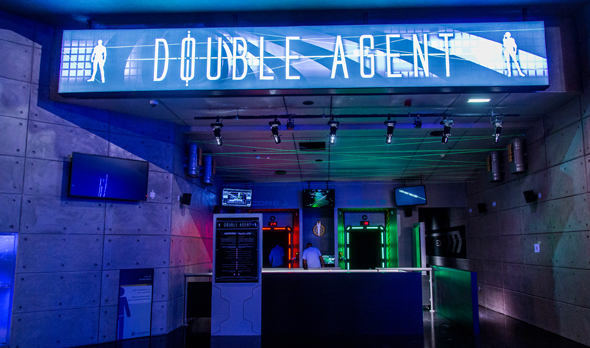 This is a double laser maze. Race against time to reach the target without breaking the laser beam. 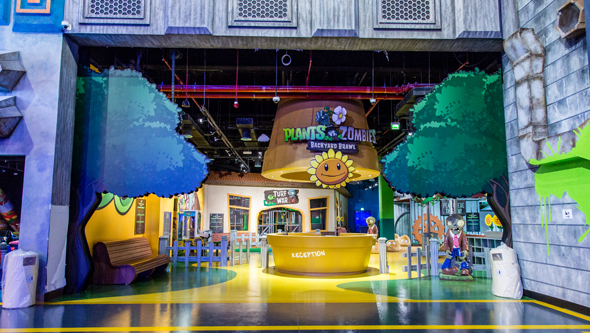 This playground will be fun for both toddlers and older children. There’s Ballocity, a free-standing self-contained two-tiered soft play area. There’s also Plants vs Zombies – a playground with interactive blasters, vacuums and cannons. Oh, and there are six fibreglass slides too. 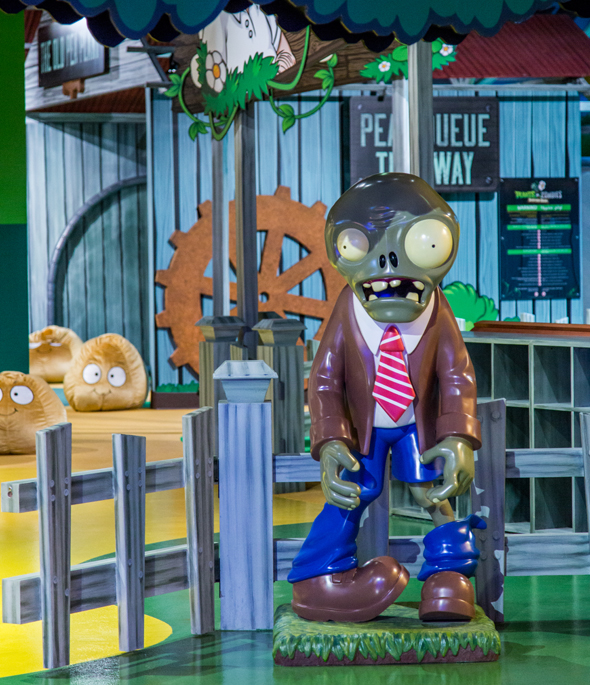 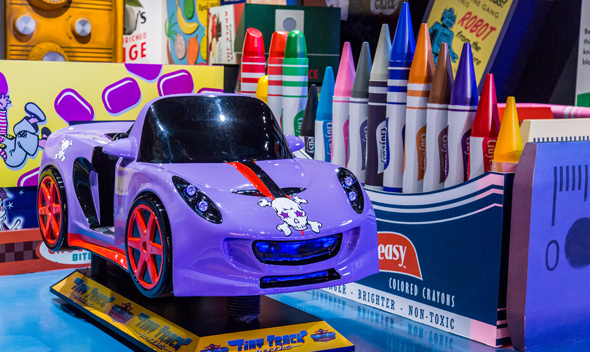 This is a toddlers’ karting experience – and the cars are equipped with a steering wheel and monitor. 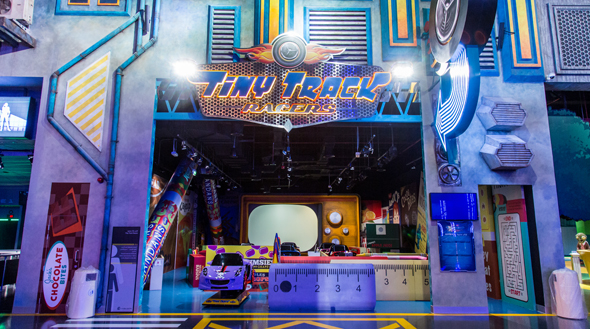 This LAN gaming area has 70 stations, including eight private booths. The internet is lightning fast and they tell us that if someone’s having a particularly great game it will be projected onto the big screen (#motivation).

A retro arcade with 55 pay-as-you-go games that will take you down memory lane. Yes, they have Pac Man. And Space Invaders. 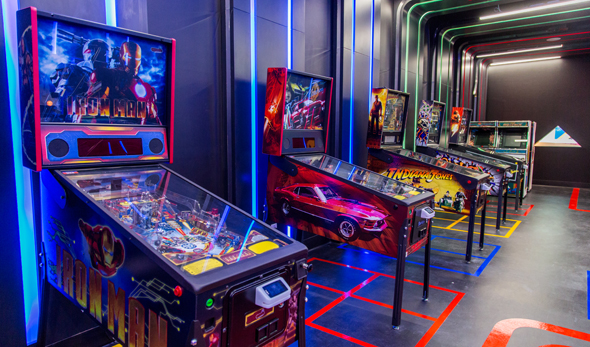 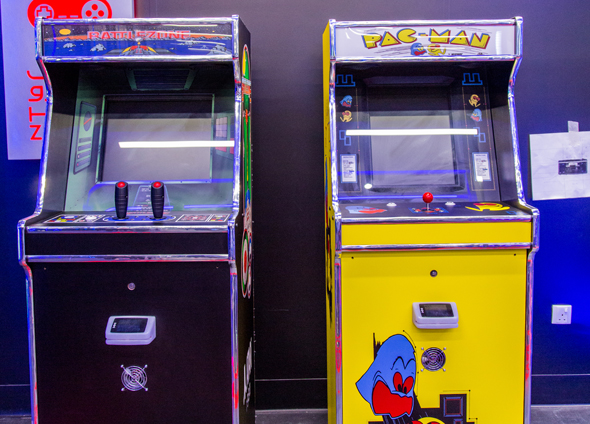 Six private karaoke suites with seating for six to eight people and recording devices so that you can listen back to yourself (which may be some people’s worst nightmare).

You can’t bring your own food and drinks into Hub Zero, but there will be Hub Cafe – serving pizzas, pastas, salads and the like. 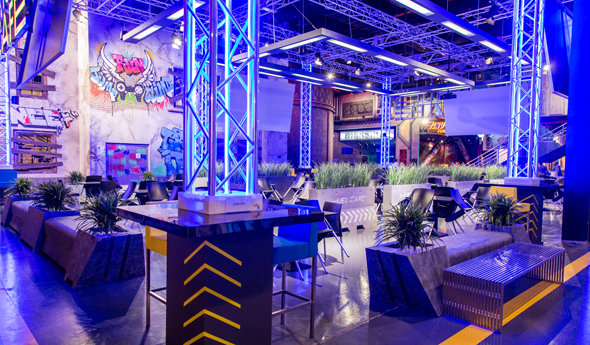 The Server will be a counter that sells light bites, cakes, coffees etc. 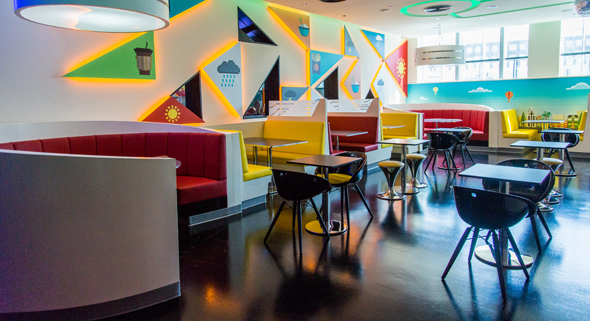 And, as always, you exit Hub Zero through the gift shop. This one’s called Cache Point. 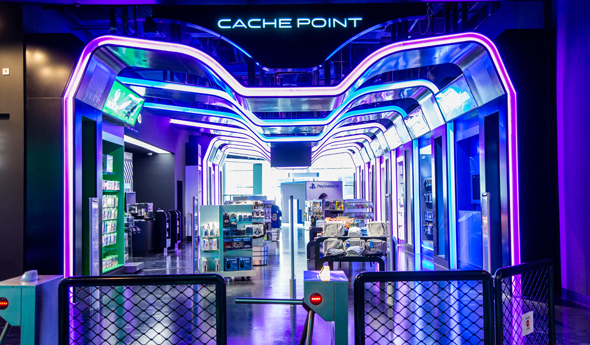 The exact opening date of Hub Zero is still TBC, but we have it on good authority that it will be weeks not months. We’ll let you know as soon as we know the day.

City Walk (next to Reel Cinemas), Al Safa Street, Dubai. 10am to 10pm Sun to Weds, 10am to midnight Thurs to Sat. hubzerodubai.com.

Indoor
News
Outdoor
Sport & Fitness
Things to do
EDITOR’S PICKS
Ain Dubai will open with fireworks, live music and a drone show
READ MORE
Incredible Aura SkyPool to open in Palm Tower this November
READ MORE
Brit Grand Slam hero Emma Raducanu confirmed for Mubadala Tennis
READ MORE
What’s On Nightlife Awards 2021: Here are the nominees...
READ MORE
MOST POPULAR
Celebrate creativity at City Walk during this three-weekend event
This Heinz Beck brunch at Waldorf Astoria just got an upgrade
10 brilliant things to do in Abu Dhabi this long weekend: Oct 21 to 23
Experience Arabesque elegance at Asil's Saturday lunch
If there's one place to be this Halloween, it's Warehouse
YOU SHOULD CHECK OUT
Our website uses cookies and other similar technologies to improve our site and your online experience. By continuing to use our website you consent to cookies being used. Read our privacy policy here.