Catboy on the five types of second-hand buyers in Dubai

There are five types of people who turn up when you post something on Dubizzle (and four of them are bad).

We’re moving house. Again. I’ve lived in more places in Dubai than the rest of my life put together. That said, the Venn diagram of homes-lived-in against satisfactory landlords isn’t a pretty one. So, after another failed Rera case, we found ourselves scouring the property ads. After six months of searching and with time running out, we signed for a villa a quarter of the size of our old place. With no garden. To top it all, there’s the brand-new skyscraper being built an inch from our back door despite the letting agent assuring us that it wouldn’t. 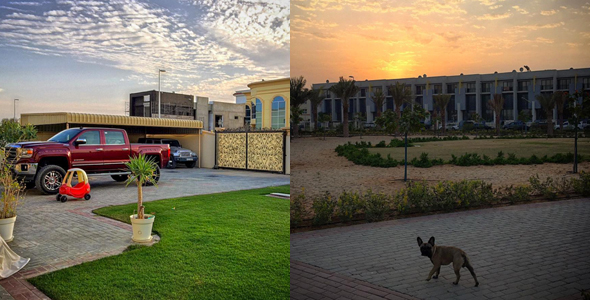 With a few weeks to go, we were faced with a problem. Nothing we currently owned would fit in the new place. It had to go. And what do you do when it has to go in the UAE? You put everything on the second-hand sites.

So that’s what I did. I went around the house snapping photographs and writing refreshingly honest ads for our things. I also priced everything well under what they were worth because I can’t really be bothered with the haggling. 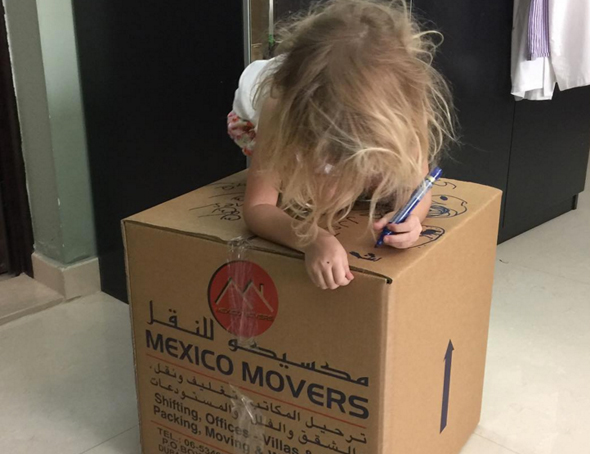 Now, I’m a very private person. There’s a façade that goes with my job but behind it all, I lead a quiet life and my phone very rarely rings.

Those rules don’t apply when you’re selling on second-hand sites. And neither do etiquette rules regarding decent cut-off times. For the last fortnight my phone has been dinging and buzzing at all hours. Do people come home from nights out and suddenly decide to buy treadmills and Ikea shelving?

It’s been non-stop. It’s almost like having an extra job. During this ordeal, I’ve learned the personality types of these stealthy second-hand staves.

1. First of all, there’s ‘the punter’. These people aren’t serious buyers, but are just punting out a price for a bit of fun. They’ll generally send a message rather than call and will offer up to 70 per cent less than the asking prize. Should you respond with a counter-offer, they’re ready with a barrage of facts about why you’re way too high on your asking price. Sales never come from these people.

2. Next you have ‘the grazer’. They act like they want what you’ve got. They agree a price. They make you wait in for them and normally arrive late, then they scratch their chins and dilly-dally before hazarding a cheeky offer or shaking their heads and acting like you’ve let them and yourself down terribly by not having exactly what they were looking for.

ALSO READ: Don’t have home insurance? This is why you should get it

3. There’s ‘the chancer’. He agrees the price, turns up with the man-with-van, then decides to haggle once it’s loaded up.

4. And ‘the delayer’, the one who says he’ll take your stuff at a discount, but can’t come for a week. During this time you’ll inevitably receive 50 other full-price offers and, ever-so-occasionally, the original guy will back out and you’re left scrambling for the other people who wanted it, at which point they realise the ball’s in their court and get cute with the haggling.

5. Of course, there is also ‘the buyer’. They know a bargain when they see one and, like me, are probably too embarrassed to mess around bartering for a few dirhams off. Those are the deals that make it fun and worthwhile, but thank goodness for the others, or this column wouldn’t exist.

News
EDITOR’S PICKS
Here's the full list of UAE public holidays in 2023
READ MORE
23 incredible things to look forward to in the UAE in 2023
READ MORE
Hidden gems: 10 UAE desert pop-ups to discover this winter
READ MORE
Where to travel in 2023: 10 new flight routes from the UAE
READ MORE
MOST POPULAR
6 brilliant things to do in Abu Dhabi this week: Feb 6 to 9
This stunning new wellness space will open in Dubai next month
Dubai tourism increases by a massive 97 per cent
16 incredible mega projects coming to Abu Dhabi soon
The epic Asian Le Mans Series returns to Dubai Autodrome this month
YOU SHOULD CHECK OUT
Our website uses cookies and other similar technologies to improve our site and your online experience. By continuing to use our website you consent to cookies being used. Read our privacy policy here.