The UAE has three of the world's best water parks

As the mercury rises (groan), the thought of a dunk in an ice-cold pool is like music to our ears (and a salve to our sun-soaked limbs).

Luckily, we’ve got plenty of water activities to choose from in the UAE, and now three of them have been named among the world’s best.

In TripAdvisor’s Travellers’ Choice Awards, several of our nation’s adventure-packed venues took out spots in the Top 25 Water Parks category.

Three #UAE water parks named among the top 25 Water Parks in the world by Tripadvisor pic.twitter.com/XPz80XZMnl

READ MORE
*Cheap hotels in the UAE: 16 summer staycation deals*
*Where to ride a jet ski in Dubai

Award winners were determined by an algorithm that measured the quantity and quality of reviews and ratings for parks over a 12-month period, the user generated travel website revealed. 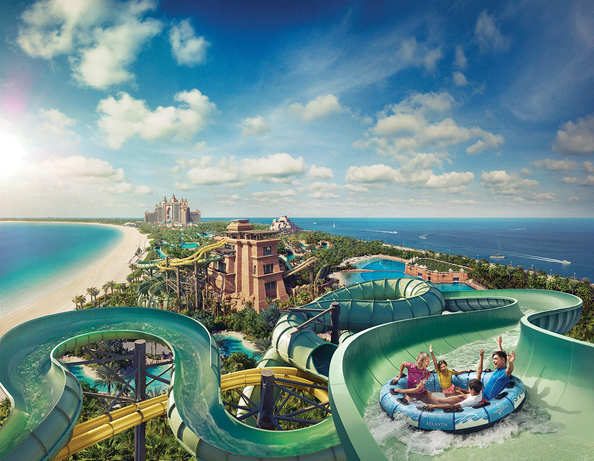 Aquaventure, located at Atlantis The Palm Hotel, is famous for its impressive slides, shark-filled lagoons and marine animal encounters. Wild Wadi, found in front of the Burj Al Arab, has rides and attractions themed around the tale of Juha, a character from Arabian folklore, but there’s plenty of adrenaline-pumping slides for thrill seekers.

Yas Waterworld, situated on Abu Dhabi’s Yas Island, has heaps of rides for all ages, plus a unique pearl diving experience.

The No1 spot in TripAdvisor’s awards went to Siam Park in Adeje, Spain, while Waterbom Bali, in Kuta, Indonesia, claimed second place.

Outdoor
Sport & Fitness
EDITOR’S PICKS
So, when is the next UAE public holiday in 2021?
READ MORE
All of the lavish new hotels set to open in Dubai in 2021
READ MORE
16 of the best pool passes in Dubai that are fully redeemable
READ MORE
All of the restaurants at West Beach, Palm Jumeirah
READ MORE
MOST POPULAR
Traders Abu Dhabi launches a Dhs250pp all inclusive stay
Pics of the week: Your best photos of the UAE
Mark Ronson to play a DJ set at Abu Dhabi festival
Catch the Euro 2020 games at this cool lounge in the capital
Where to get your food fix on Al Wasl Road
YOU SHOULD CHECK OUT
Our website uses cookies and other similar technologies to improve our site and your online experience. By continuing to use our website you consent to cookies being used. Read our privacy policy here.