Dubai stars in another movie trailer

Our emirate is so A-list.

Our favourite sandy city is cropping up on the big screen again as it’s now guest starring in Voyage of Time by the legendary Terrence Malick.

We get it, Dubai looks like a futuristic space-city.

The IMAX documentary centres around the birth and death of the known universe, and displays everything from the universe’s beginning to its final collapse.

The documentary is the ultimate passion project for Malick and has been in the making for over forty years. It tackles everything from the theory of evolution to the science, spirit, birth and death of the cosmos.

Here’s the trailer in all its glory – Downtown Dubai can be seen at 1.15:

We’re not going to lie. It looks seriously awesome.

We’re prepared to have our puny minds blown in all the magnificence that is IMAX 3D as the voice of Brad Pitt guides us through the universe.

The film’s director Terrence Malick is known for helming many cinematic masterpieces (many of them Marmite-like in a you-either-love-it-or-hate-it way). His directing credits include The Thin Red Line, The Tree of Life and Badlands.

“Science and spirit, birth and death, the grand cosmos and the minute life systems of our planet – all come together in Malick’s most ambitious film to date,” explains the film’s synopsis.

Filming for Voyage of Time has taken place all over the world. At a Cannes Film Festival screening back in 2014, footage was shown from Hawaii, Iceland, Monterey, Chile, Palau, the Solomon Islands, Papua New Guinea and elsewhere.

We’re particularly curious as to where this little nugget was filmed. Looks like an awesome lava den… 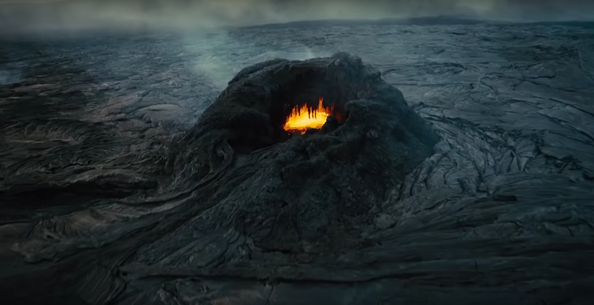 So, aside from the stunning computer-generated imagery, we expect awesome real-life footage as well.

The full documentary is set to be released on October 7.

HASN’T DUBAI BEEN IN A FEW MOVIES RECENTLY?

Yep, you’re right. This isn’t the first time Dubai has played a candid role in a movie.

If you remember – the latest Star Trek movie contained Dubai as a backdrop. 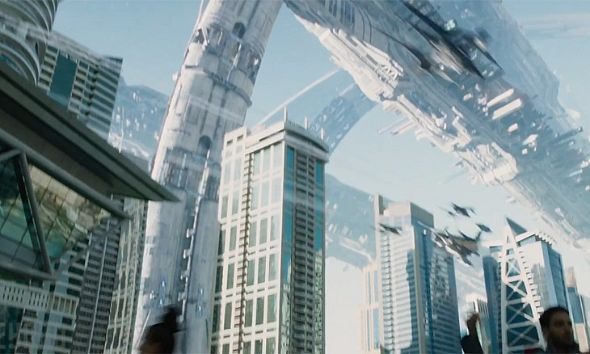 Oh, and in the Independence Day movie trailer the Burj Khalifa could be seen getting smushed into Central London.

Keep doing you Dubai. You’re becoming quite the movie star.

Culture
Film
News
EDITOR’S PICKS
So, when is the next UAE public holiday in 2021?
READ MORE
All of the lavish new hotels set to open in Dubai in 2021
READ MORE
16 of the best pool passes in Dubai that are fully redeemable
READ MORE
All of the restaurants at West Beach, Palm Jumeirah
READ MORE
MOST POPULAR
Celebrate Christmas early with these 'Halfway to Christmas' brunches
Pics of the week: Your best photos of the UAE
What’s On The Bookshelf: Rom-coms great for reading on the beach
Book your holiday package from Dhs1,399 per person with Holidays by flydubai
Immersive cabaret concept The Theater Dubai opens its doors
YOU SHOULD CHECK OUT
Our website uses cookies and other similar technologies to improve our site and your online experience. By continuing to use our website you consent to cookies being used. Read our privacy policy here.