The iPhone 7 launch in Dubai saw some serious queueing...

Did you buy into the iPhone hype? Consider yourself a hardcore Apple-fan? Well, perhaps you’ll see yourself here…

Saturday September 18 marked the release of the iPhone 7, iPhone 7 Plus and the Apple Watch Series 2 in Dubai.

Yeah, it was a pretty big deal.

Don’t believe us? Check out the pictures of the humongous queues at Mall of the Emirates leading up to the 8am launch. 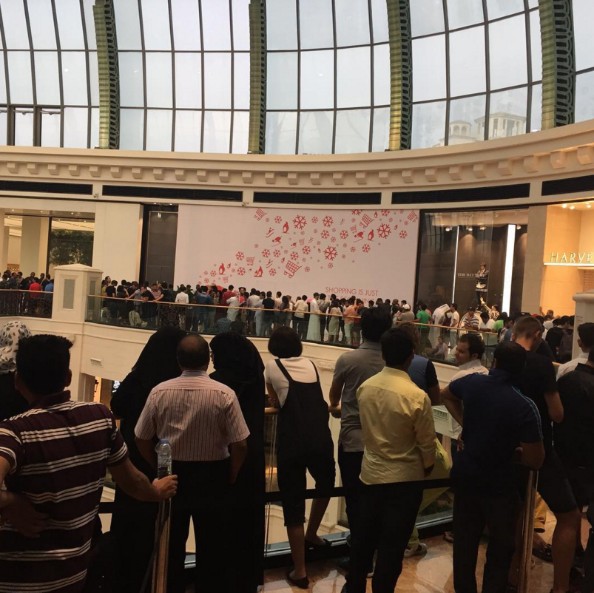 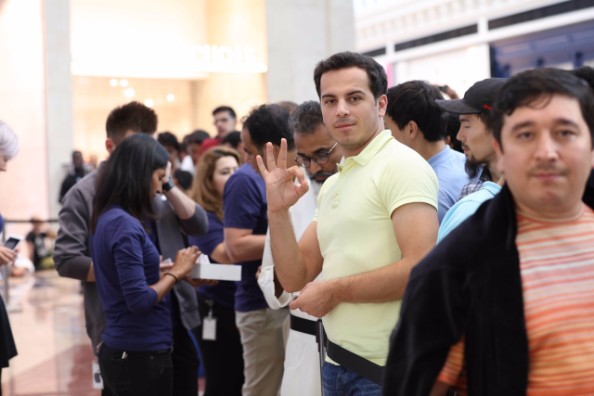 A man flaunts his nude wrist, soon to be adorned by an Apple Watch Series 2.

Some die-hard customers had been lining up since 10pm the night before – like this guy (below), who was the first customer in Dubai to get his hands on an iPhone 7. 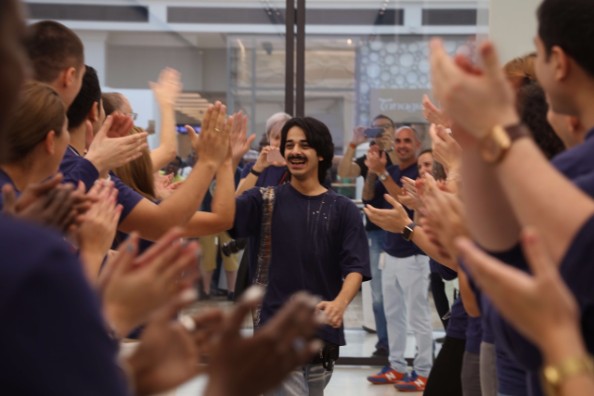 “Why is everyone high-fiving me?!” 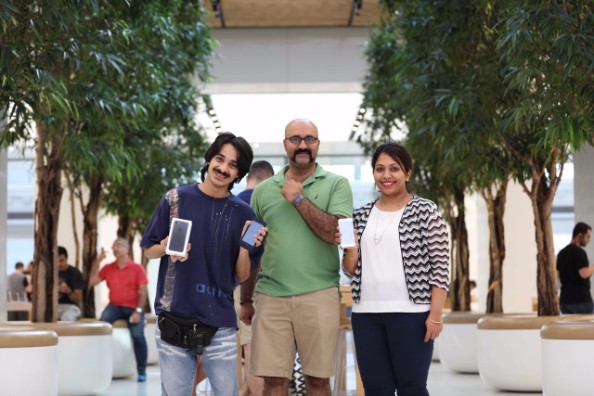 “We didn’t have facial hair when we started queueing!”

DUBAI WASN’T THE ONLY PLACE THOUGH…

Compared to other parts of the world, Dubai’s queues were amateur.

Check out the professional queuers parked outside the New York Apple Store.

If you’re not really a techy kinda guy or gal and are wondering what all the rage is about, here’s a quick video released by Apple that gives an overview as to what the new iPhone’s all about:

How much is the new iPhone?

If you’re looking to snap one up yourself, the prices for the new iPhone 7 and the iPhone 7 Plus are as follows:

And what’s the difference between an iPhone 6 and 7?

COLOUR: There are two new hues available in the iPhone 7 – a super-glossy jet black and a matte black. There’s also rose gold, silver and gold. 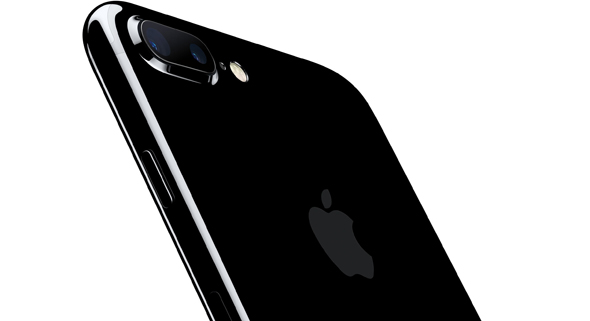 THE HOME BUTTON: The old home button on the phone has disappeared and is now a pressure-sensitive area that reacts to touch (without clicking). Here’s what Wired (who got an early look at the phone) thinks of the development:

“It’s not a button anymore, just a capacitive surface that uses haptic buzzes and taps to provide feedback. That’s great for the longevity of your phone, since the home button tends to break before anything else. It’s even really cool in some places on the iPhone, lending a certain physicality to on-screen stuff by buzzing when you get to the end of a list or rattling like an actual machine gun when you fire upon the unsuspecting enemy. But when I press to unlock my phone, my thumb vibrates like it’s about to dent the glass. It’s not like it ruins the phone, but I miss the click.”

IT CAN TAKE A DUNK: This is going to be Apple’s first ever “water and dust resistant” phone. (Umm, our current phones can’t cope with dust? This is a worry for all people living in the desert considering our balcony looks like a dune after two weeks sans mop.) According to Mac World the “phone can withstand up to one metre of water for about 30 minutes” (good news for those of you who tend to drop your phone in the loo from time to time).

BATTERY LIFE: The latest model claims to have “the best battery life ever in an iPhone”, and early reports suggest it lives up to the claim.

NO HEADPHONE PORT: The most controversial update to the new phone is the fact there is no headphone jack. Also, yes, if you use the iPhone-provided wireless headphones you will look like you’ve got two electric toothbrush heads hanging out of your ears.

You’ll get a wireless dongle that you can attach to your old school headphones to listen to music on your iPhone, but then that’s just another piece of equipment you have to remember to carry around.

Plus there’s only one plug now: “The latter problem is more complicated,” explained Ars Technica. “If you need to charge the phone and listen to audio at the same time. This runs up against the less-talked-about effect of the disappearing headphone jack, which is that the iPhone 7 only has one port where all previous models had two.

“I can totally accept the premise that the future is wireless,” the author explained, “but the present is still mostly wired. If you buy an iPhone 7 on launch day, you’ll be wading into the most painful part of the transition. Make sure you go in with your eyes open.”

BETTER STEREO SPEAKERS: The good news audio-wise is that the phone’s stereo speakers are twice as loud as those on the iPhone 6.

BETTER CAMERA: The camera will be able to zoom in higher quality, take photos in lower light and more.