A Breaking Bad-inspired cafe is coming to Dubai Mall

Heisenberg is living on in the desert (no, not the one in New Mexico – the one right here)…

Dubai Mall’s got pretty much all you could want – every fashion label under the sun, enough furniture shops to kit out 1,000 houses, and more restaurants than you could eat at in a month.

However one thing we’re yet to have at the sprawling shopping haven is an amazing coffee.

But that could soon change next month with the arrival of Walter’s, a cafe inspired by the award-winning TV series Breaking Bad. 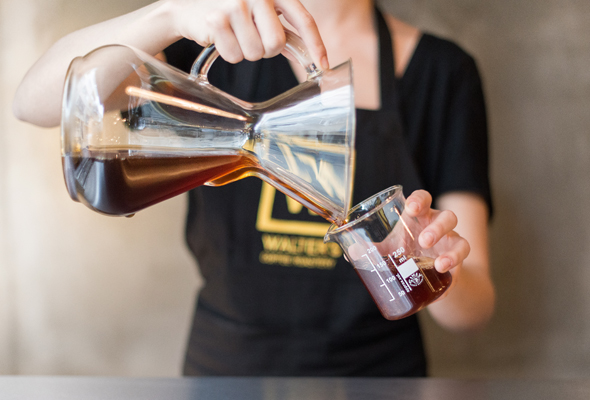 A show about a terminally ill chemistry teacher who turns ruthless drug kingpin doesn’t sound like the premise for starting a coffee shop business – but that’s where you’re wrong.

Walter’s Coffee Roastery is already a smash hit (like its namesake) in Istanbul and New York, where the company has turned the perfect cup of joe into an exact science.

Forget a cappuccino at the lazy push of a button – think expertly extracted blends served up by baristas clad in Hazmat suits.

Aren’t we all mad scientists? First day of #newyorkcoffeefestival is over. Ready for Day 2 ☕️ @walterscoffee.nyc

(The suits are worn purely as a tribute to the show’s protagonist Walter White – we promise these guys aren’t actually cooking up anything illegal or getting rid of their enemies in a bath full of acid).

The final design for the Dubai branch hasn’t been released yet, but based on other locations expect drinks dished up in beakers, flasks and vials, a white and yellow theme, and a menu designed to look like the periodic table.

“We take coffee seriously – it is a magical commodity,” Deniz Kosan, founder and CEO of Walter’s, told What’s On, adding that the cafe is not a carbon copy of the show, it just borrows some inspiration from it.

While the Dubai Mall outlet is the first location in the UAE, Kosan says it won’t be the last – and expects customers to fall under the spell of the roastery’s craftsmanship. 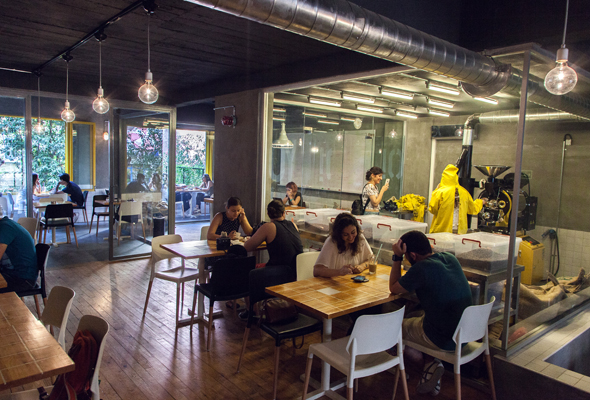 “You can taste the difference. We are trying to deliver the best quality in a sophisticated and unique environment,” he said.

“We pay attention from sourcing to shipment, from roasting to storage, packaging, grind adjustments, water temperature and pressure.”

The cafe’s other branches also serve up snacks – including a stack of pancakes artfully dusted with a sugar imprint of Walt’s mustachioed face.

The only downside? Unfortunately this guy won’t be personally serving up your long black.

(But hey, at least it won’t be a weak Americano served out of a $10 coffee maker).

There’s no word on an exact opening date, but we’ll keep you posted…

Eat & Drink
News
Restaurants
Things to do
EDITOR’S PICKS
Ain Dubai will open with fireworks, live music and a drone show
READ MORE
Incredible Aura SkyPool to open in Palm Tower this November
READ MORE
Brit Grand Slam hero Emma Raducanu confirmed for Mubadala Tennis
READ MORE
What’s On Nightlife Awards 2021: Here are the nominees...
READ MORE
MOST POPULAR
The most up to date information for entering Abu Dhabi: Oct 2021
First look: Instagram breaking 2D cafe, Forever Rose opens in Yas Mall
Emirates warns passengers to arrive early to DXB airport this weekend
Pics of the week: Your best photos of the UAE
Take a look inside the brand new Madame Tussauds Dubai
YOU SHOULD CHECK OUT
Our website uses cookies and other similar technologies to improve our site and your online experience. By continuing to use our website you consent to cookies being used. Read our privacy policy here.