The best new attractions, the things to look forward to in the future (and the restaurants that sadly closed down). Here’s a look at Dubai in 2016…

2016 may have gone down internationally as less than stellar year, but here in Dubai there was lots to celebrate. Here are our picks of the best new things that came our way in the city, from brilliant additions to our dining scene and some huge new additions to the Dubai landscape, giving us even more to do and see… 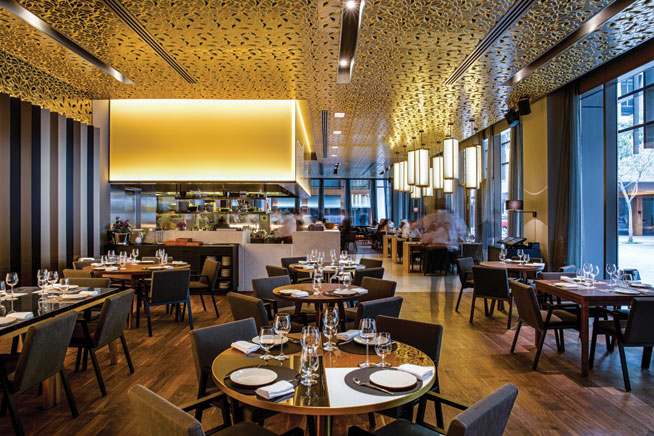 From Spanish chef Alain Devahive, who spent a decade working as No 2 to Ferran Adria at the world-famous elBulli, La Luz became the new must-try place of the year. Nothing like the paella and sangria of typical Spanish restaurants, this is light, modern and near faultless. Their ceviche is worth a trip in itself and unlike elBulli, you won’t have to wait over a year to get a table to eat there. 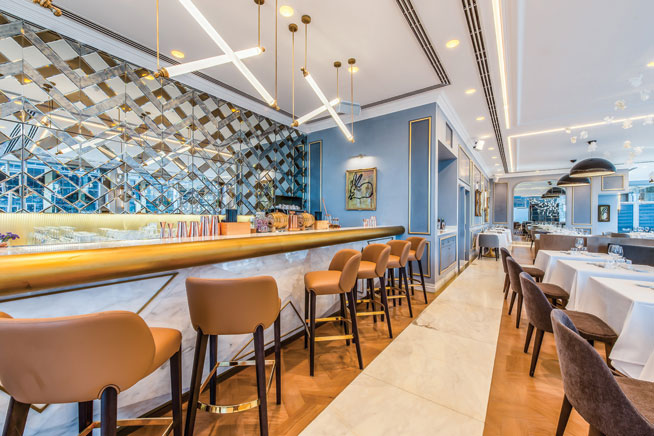 Artisan is legendary in its hometown of Florence where it has three Michelin stars and has been operating since 1970, and this Dubai outpost brought with it some of the best dishes from Italy. The waiters are actually Italian, the burrata is creamy and their hand-made Agnolotti stuffed with Mantova pumpkin, sage, butter and roasted almonds, topped with Parmesan fondue is one of the best dishes anywhere in the country. 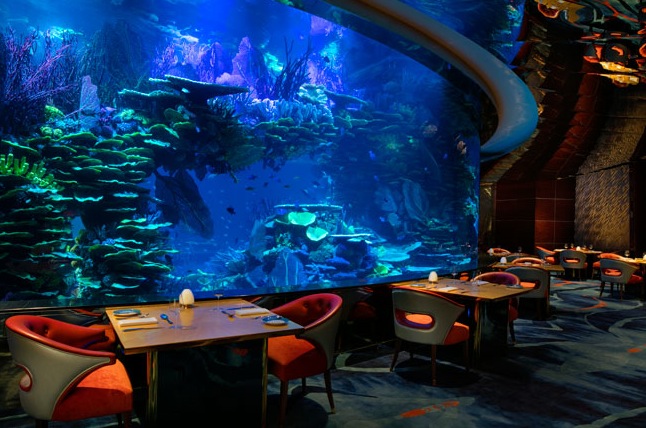 After years of being one of the most underwhelming restaurants in the city, the Burj Al Arab’s signature restaurant had a much-needed refurb – adding a terrace – and brought in the highly acclaimed British seafood chef Nathan Outlaw to rework the menu. It’s now a modern seafood restaurant with food that fits the location and goes someway to justifying the price. 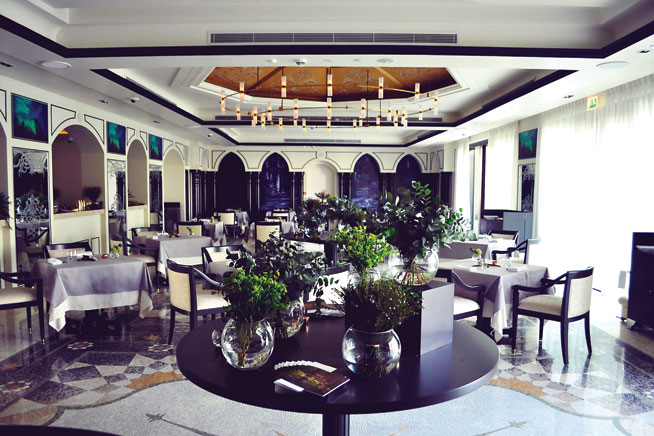 The clever concept at the Pallazo Versace Hotel saw top chefs brought in from Michelin-starred restaurants around the world to host a three-month residency. It launched with Spanish chef Quique Dacosta, followed by Nordic sensation Björn Frantzén, then in-house Turkish chef Yunus Emre Aydin took over after the Ramadan break. Rarely less than sublime, this is a great way to experience some of Europe’s finest restaurants without having to book flights and join long waiting lists. 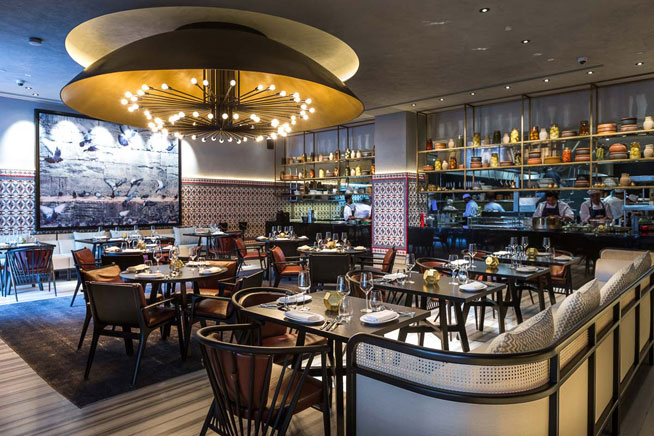 High-end Turkish food at the Grosvenor House Hotel from the group that gave the city Zuma and Coya. Executive chef Colin Clague – formerly of Qbara – put together a contemporary menu that took Turkish food way beyond the usual kebabs and rice. The kuymak (a cheese fondue with corn bread for dunking) has already become a favourite. 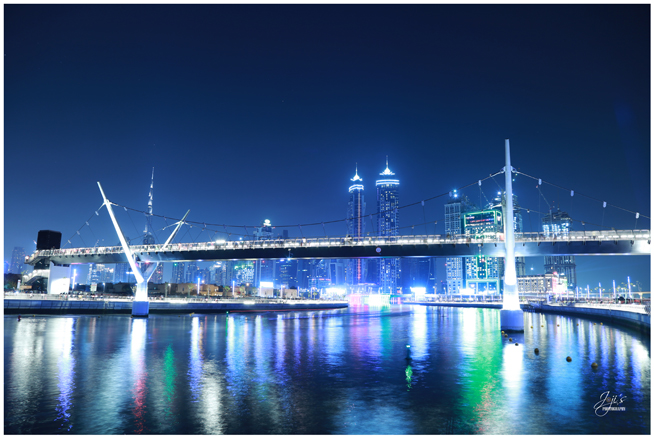 Sheikh Zayed Road was bridged without too many problems and the water is now in the canal. With hotels beginning to open waterside and footbridges going in place, this vast project is now starting to look like the spectacular artist impressions that were first released.

The huge air-conditioned indoor theme park (around the size of 28 football fields) made up of four main zones saw Marvel characters, the Cartoon Network, a Lost Valley dinosaur-themed section and – being Dubai – shopping and dining area to become the world’s largest indoor theme park.

The centre of culture opened with Plácido Domingo, but as well as high-culture it also hosted James Morrison, Les Miserables and will soon put on performances of musicals West Side Story and Cats. Architecturally brilliant and with an interior designed specifically for audio, it’s taken Dubai concerts to a new level. dubaiopera.com 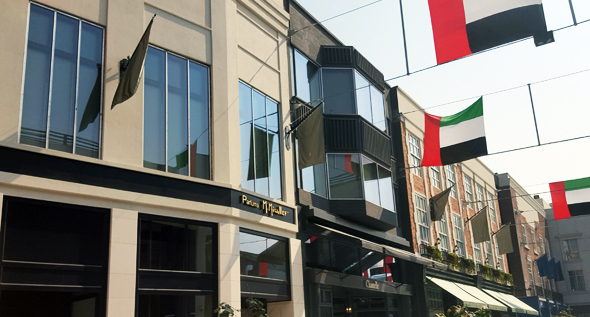 The next part of the City Walk development opened with around 30 new – wait for it – yes, shops and restaurants. It also had a small corner made up to look like a street in London, for reasons that have still not become apparent. citywalk.ae 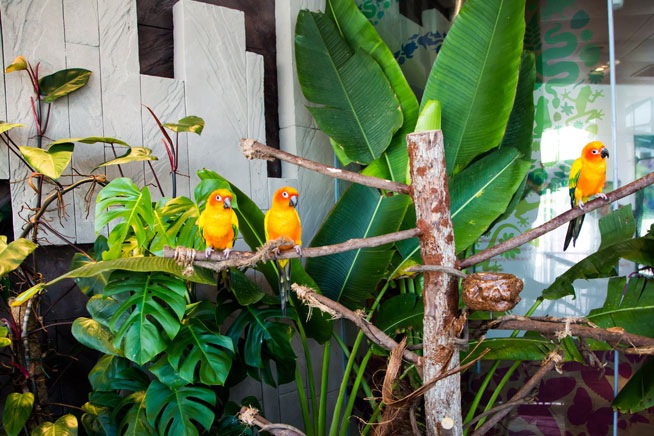 The vertical tropical rainforest at City Walk created an enclosed ecosystem with over 3,000 plants and animals, including birds, snakes, spiders and, brilliantly, sloths. It also has the largest indoor manmade and life-sustaining tree in the world, because it wouldn’t be a Dubai opening without a world record of some sort.

With more than 40 Lego themed rides, shows, building experiences and an indoor air-conditioned miniland, as well as a separate waterpark for under-12s, this became a welcome family-friendly day out when it opened at the end of October. 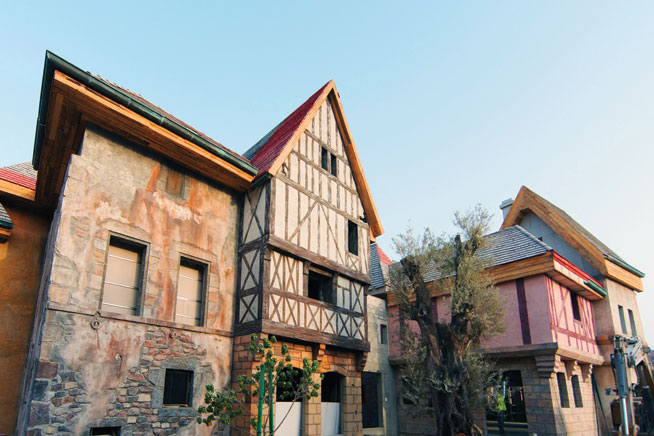 Billed as a ‘journey through time’, visitors will be able to experience street ambiance, theatres and cuisines in four different eras, each located alongside an especially created one-kilometre-long river. The first will recreate America in the ’50s with neon signs, palm trees and diners. There will be a French medieval town with buildings in the style of the late 1600s with cobbled streets and over 1,000 trees that were flown in from Europe and places serving Mediterranean food. India Gate, which will be close to the entry to Bollywood Park, has been designed to be like 1930s India and will feature street entertainment, while The Peninsular will be a centre-point with a 1,200-capacity indoor venue and three outside spaces for events throughout the year. Throughout the whole of Riverland there will bemore than 50 restaurants (some which will be licensed) and retail outlets, along with street performers and entertainment, and Riverland will serve as a connection between the three Dubailand theme parks and Legoland’s water park. Best of all, there will be no entry charge to go into Riverland Dubai. riverlanddubai.com 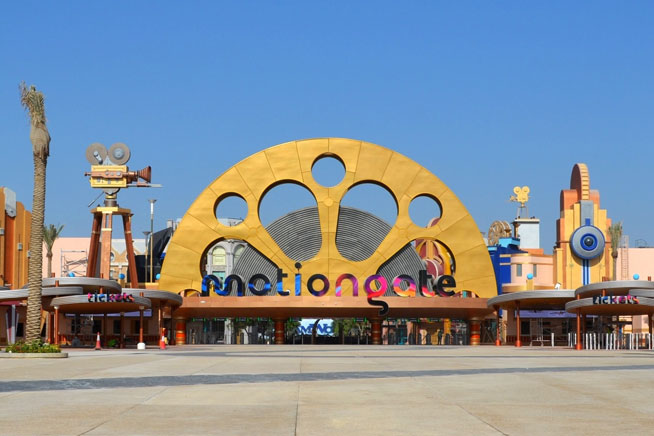 Three of the biggest studios in Hollywood – DreamWorks Animation, Sony Pictures Studios and Lionsgate – joined forces to create a vast Hollywood-inspired theme park. The zones include Studio Central, which recreated the Golden Age of Hollywood with movie sets of New York City. You’ll be able to go behind the scenes and see what it’s like on a working movie studio. The Sony Pictures zone will include rides where you can go on a high-speed chase with the Green Hornet, join the Ghostbusters in a paranormal battle to save New York City, or fight Lycans with vampire warrior Selene in the supernatural universe of Underworld. Other attractions include a family water ride, coasters and interactive shows where ghosts and zombies roam about and meatballs fall from the sky. The Smurfs Village lets you wander through the mushroom-top houses and experience five attractions including interactive play zones, family rides and a Smurfy theatre show. Dreamworks has split their part of the park into four lands based on the films Kung Fu Panda, How To Train Your Dragon, Madagascar and Shrek – and all are indoors meaning year-round appeal. Among the 12 attractions are roller coasters, family rides and multimedia theatre. Finally, Lionsgate has thrill-based attractions and stage shows based around The Hunger Games and dance films Step Up: All In and Step Up: Revolution. Read more about all the rides here. motiongatedubai.com

4 things coming to the city next year… 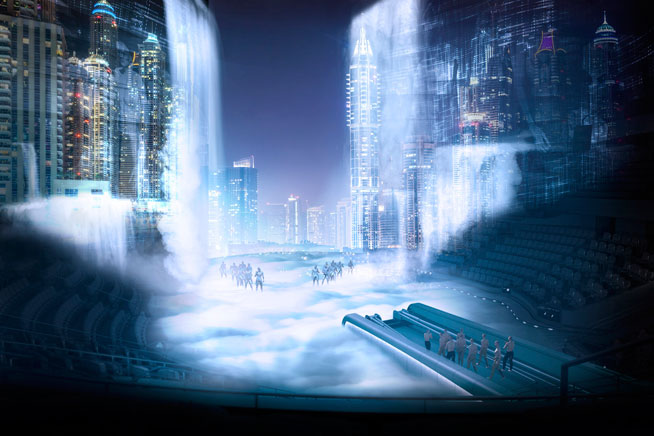 Opening in the middle of 2017 will be the 1,300-seat purpose-built theatre in Habtoor City that will become a spectacular Las Vegas-style residency for a 65-person aqua-based show – with 450 performances each year – that uses more than 2.5 million litres of water. laperle.com 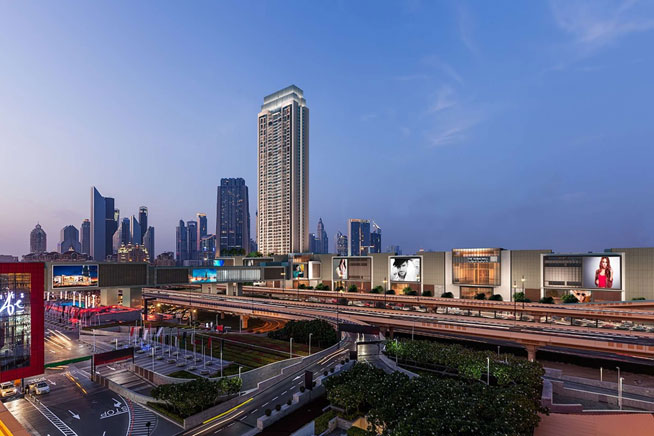 Soon the city’s biggest mall will have extensions on two sides, more parking and connections via walkways to some of the new properties opening in the Downtown area, so your new apartment can be directly linked to the mall and metro. thedubaimall.com 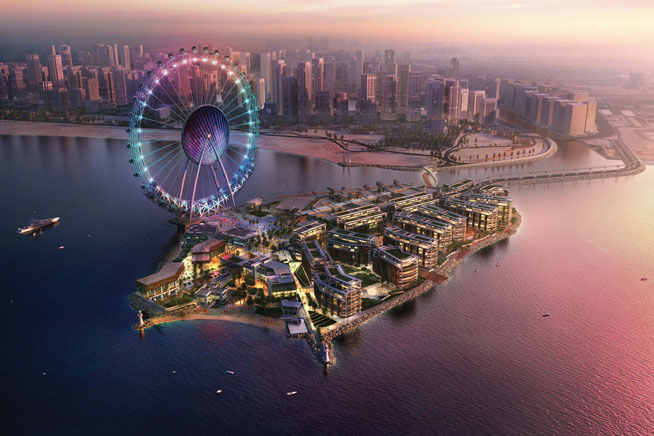 Previously known as Dubai-I, this observation wheel is set to become the main attraction of Bluewaters Island and the largest of its kind on earth. meraas.com 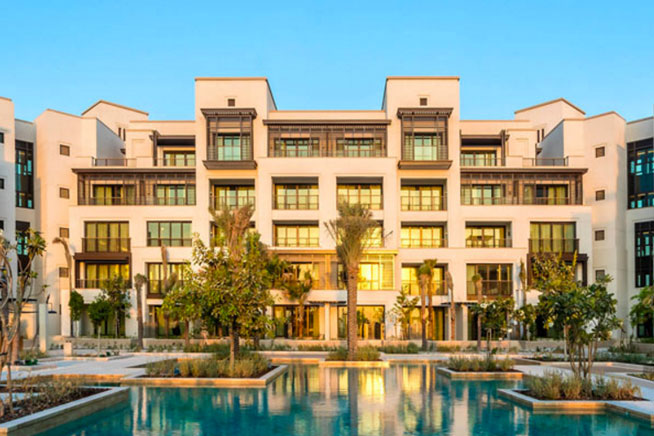 Finally, the beachfront hotel next to Burj Al Arab is open. But what residents are most looking forward to are the new restaurants set to open properly in 2017. We’ve got our eye on New York burger and monster-shake import Black Tap. jumeirah.com

The things that left us this year… 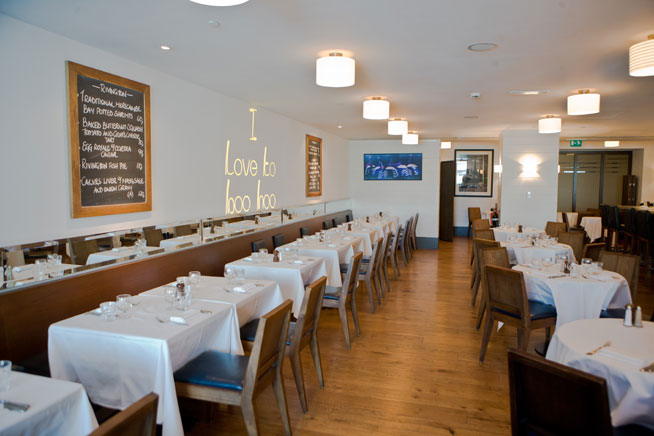 Dear old Rivi closed its doors in the summer, but the rumours are a Rivington clone is going to open in its place in the near future. It has a lot to live up to and if the menu doesn’t have a sticky toffee pudding there will be tears. 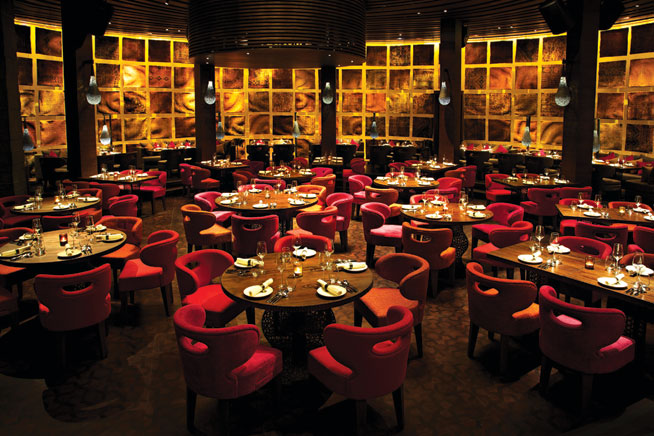 The celebrated modern Arabic restaurant just couldn’t sustain the numbers to fill the huge space – especially at those prices – but the food was always excellent and as far as we understand, they’re looking for a new home in DIFC. 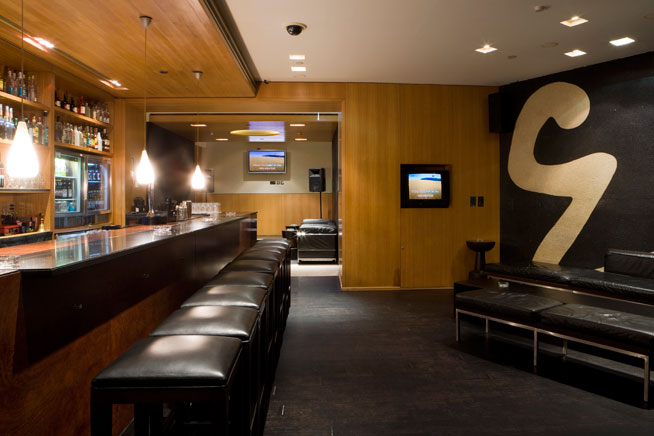 The little Japanese karaoke bar has gone to the great sing-off in the sky. We’ll have the memories of nights filled with off-key howling and cocktails, but by the time you read this, the old-school Dubai institution will be no more. 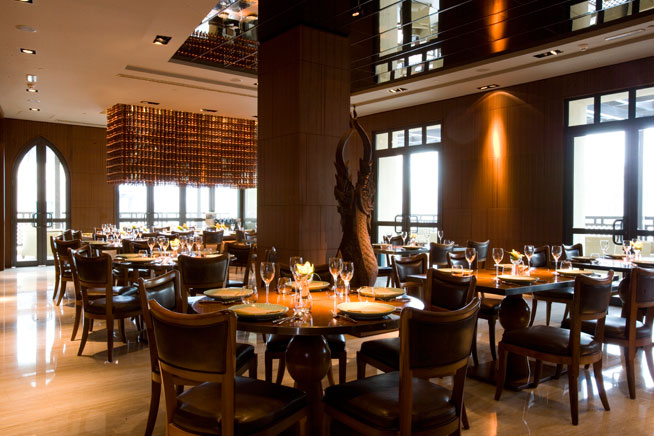 Rent increases were cited as the reason for the closure of the popular Thai restaurant in Souk Al Bahar, which had grown to become a good brunch spot. As yet there’s no word on what is going to take its prime-location place. 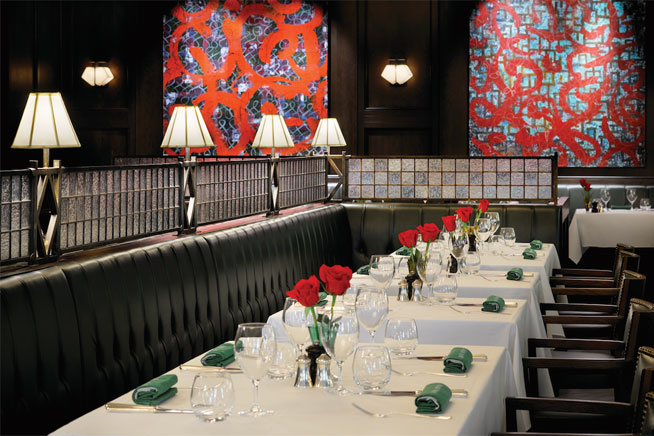 Having served world-class culinary fare to Dubai diners for the last five years, the beloved British restaurant The Ivy closes its doors at Jumeirah Emirates Towers on New Year’s Eve.

What was your best Dubai moment of 2016? Let us know in the comments below…

Bars
News
Restaurants
Theatre
Things to do
EDITOR’S PICKS
Ramadan in Dubai: 38 iftars to try
READ MORE
Where can Dubai residents travel? Check out these 14 destinations
READ MORE
Rumours, facts and reveals: New Abu Dhabi bars and restaurants
READ MORE
UAE announces reduced working hours for Ramadan 2021
READ MORE
MOST POPULAR
How many days will we get off for Eid Al Fitr 2021?
Urban Outfitters' sister brand Anthropologie to open in The Dubai Mall
This double vacation offer includes stays in both Dubai and the Maldives
Dog of the Month: ubk launches unique social media competition
Watch: A House of Artisans has opened in Abu Dhabi
YOU SHOULD CHECK OUT
Our website uses cookies and other similar technologies to improve our site and your online experience. By continuing to use our website you consent to cookies being used. Read our privacy policy here.