25 of the globe's best 3D artists are flying into Dubai soon...

The streets of City Walk are about to really pop…

Remember the 3D art festival that exploded from the pavements of JBR’s The Walk last year? Well the great news is that it’s returning this year, but this year it will be in City Walk in Jumeirah.

*IN PICS: See the snaps from last year’s 3D art festival in JBR*

The artworks will be created live on site from February 22 to 28, and will be on show from March 1 to March 7: in total there will be the creations of 25 3D artists to see.

Ooh, and speaking of 3D, did you know that 25 per cent of Dubai’s buildings will be 3D printed by 2030? You can read all about that here.

SO WHO’S FLYING IN?

This Portuguese artist is a pioneer of 3D graffiti – his work is near-photographic in its precision, and he’s returning to the festival.

He is the four-times Guinness World Record Holder for making the world’s largest 3D paintings, and Xinghua describes himself as “China’s first 3D artist”. He was responsible for the amazing gushing waterfall last year (pictured above). 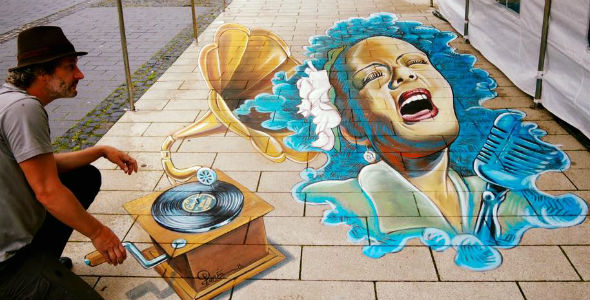 Another artist that was here last year is Ruben Poncia – the Dutch artist’s acrylic and oil paintings usually depict people and often use perspective tricks. 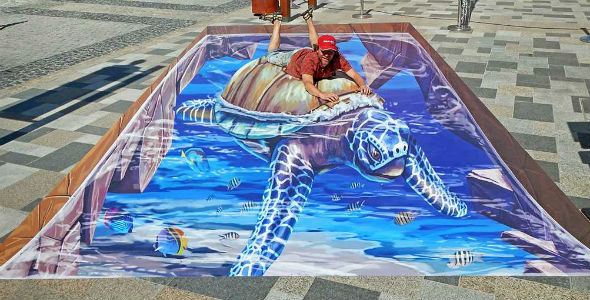 Also returning is Remko van Schaik – above is his painting from last year: the Dutch artist was originally a 2D artist but now focuses on 3D as he finds it a test of his creativity.

This 3D artist does a lot of his works in chalk, and also works in mosaics and murals. 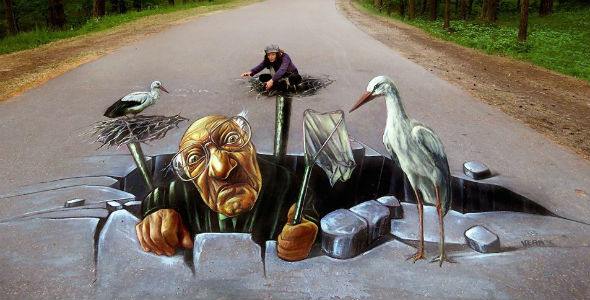 This Italian artist’s work often deals with environmental themes – and he at times uses things like wire and nails to produce pieces.

This up-and-coming Brazilian artist likes to convey messages about peace and love in his art. 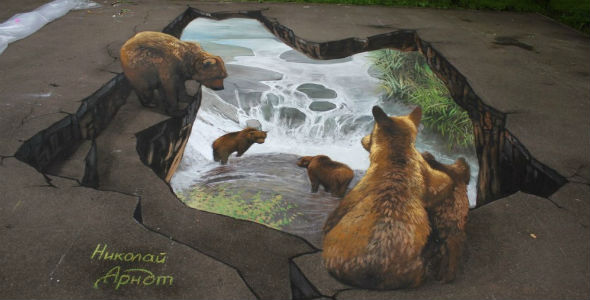 SO WHY ARE THEY COMING ALL THE WAY TO DUBAI?

This festival isn’t just a large street gallery, it’s actually a competition where the artists get the chance to win a total of Dhs2.3 million in prizes. There were 122 entries from 35 countries this year – 25 of those artists were shorlisted, and those are the ones flying in.

There will be three winners as chosen by an artistic jury, as well as a People’s Choice Award, based on votes from the public: so yes, you’ll get to choose your favourite…

Art
Culture
News
EDITOR’S PICKS
Ain Dubai will open with fireworks, live music and a drone show
READ MORE
Incredible Aura SkyPool to open in Palm Tower this November
READ MORE
Brit Grand Slam hero Emma Raducanu confirmed for Mubadala Tennis
READ MORE
What’s On Nightlife Awards 2021: Here are the nominees...
READ MORE
MOST POPULAR
10 of the best Halloween brunches to book in Dubai
Sheikh Hamdan has been spotted dining at DIFC's newest restaurant
6 great things to do in Dubai this week: October 17 to 20
Laguna Waterpark launches a week of family fun with free BBQ
This hugely popular wine festival returns this Friday, bigger than ever
YOU SHOULD CHECK OUT
Our website uses cookies and other similar technologies to improve our site and your online experience. By continuing to use our website you consent to cookies being used. Read our privacy policy here.