Liam Gallagher to headline Party in the Park in November

Yes, you read that right, Oasis frontman and renowned Britpop badboy Liam Gallagher is the headlining act for this year’s What’s On Party in the Park, which returns to Dubai Media City Amphitheatre on Friday 10 November.

Tickets are on sale now (bookmark this, as you’ll find them here), and so that you don’t look back in anger (geddit) we suggest picking them up now. The early bird tickets have sold out, and the brunch deal tickets (Dhs695 with access to the brunch deck and licensed F&B from 2pm to 5pm) and VIP tickets (Dhs995 with licensed F&B access and VIP lounge access from 2pm to 11.30pm) are selling out fast. There are also regular entry tickets for Dhs350 per person.

Gallagher will be coming in hot off the October release of his debut solo album As You Were, which is named in honour of the sign-off the singer typically uses on his Twitter account.

But Oasis fans should take note as 50 per cent of his set will be filled with the Mancunian band’s classics. So expect earnest sing-a-longs aplenty to the likes of Live Forever, Champagne Supernova and Wonderwall.

And his new single For What It’s Worth has just dropped today, have a listen:

SO WHAT CAN YOU EXPECT?

Boasting eight UK number-one singles and selling over 70 million records worldwide, Oasis were undoubtedly one of the biggest rock bands on the planet until they disbanded in 2009. Gallagher certainly hasn’t been slacking since then, however, fronting rock band Beady Eye with former members of Oasis until 2014, and even performing at this year’s Glastonbury festival (and what a cracking performance it was too). 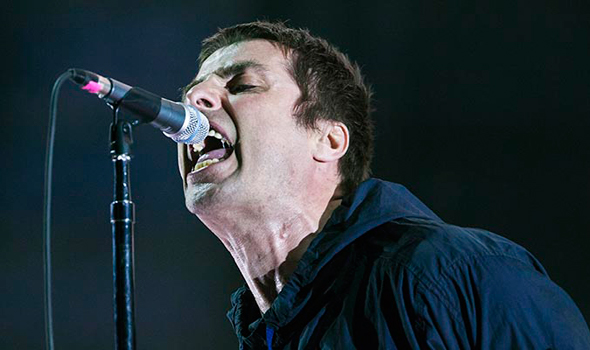 According to an article in NME, Liam will be bringing a band of British rock and roll heavyweights with him as part of his touring line-up, including Babyshambles’ bassist Drew McConnell and Kasabian’s touring guitarist Jay Mahler.

The article also notes that ex-Oasis bandmate Paul ‘Bonehead’ Arthurs joined Gallagher on stage at his debut solo gig in Manchester in May and, while not currently part of his touring band, he may “come and play with us maybe at some gigs and that”.

Could a mini Oasis reunion be on the cards for Dubai? Here’s hoping.

Gallagher is the first of many acts to be announced as part of What’s On Party in the Park, a family-friendly, multi-stage music extravaganza that will feature a full day of live music, market stalls, food trucks and more.

We’ll be the first to let you know the rest of the What’s On Party in the Park line-up as and when it is revealed.

In the meantime, kick back and enjoy these classic Liam Gallagher-sung tunes.

The first Oasis single to crack the UK top ten way back in 1994, Supersonic is still one of the band’s best songs

Wonderwall is arguably the song that broke Oasis worldwide, charting in the top ten everywhere from the US to New Zealand

This classic Oasis number was only denied a number 1 UK because it went up against Elton John’s juggernaut hit Candle in the Wind. Even still, it went gold in the UK.