With so many brand new club openings happening across the city in the coming months, it’s a struggle to keep up.

But the opening of the famous Drai’s Las Vegas, which we brought to you first last October, is one you won’t want to miss. And in true Dubai style, the new day-to-night super venue is bringing a huge artist to officially open the new hotspot.

Launching on Friday February 9, Canadian rapper and Grammy nominee Tory Lanez is set to take to the stage at the new super venue. Doors will open from 1pm, with an all-day party in true Drai’s style kicking things off. 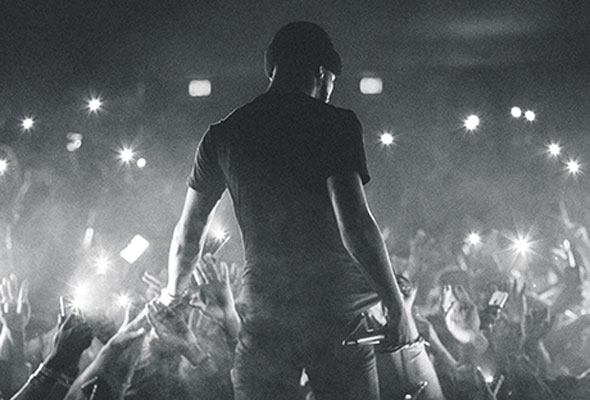 Lanez, who’s been releasing music since 2009, rose to fame in 2015 and is known for his hits ‘Say It’ and ‘Luv’. The rapper has also worked alongside artists including Meek Mill and Busta Rhymes, as well as most recently on his new single ‘Cashmere Cat’ alongside Major Lazer.

Although no pictures of Drai’s have been released yet, they’ve released this teaser on their social media pages:

Plus, if the pictures of the Las Vegas export are anything to go by, we’ve got high expectations. The club comes complete with private pools, cabanas, and a massive central DJ booth overlooking the main pool.

Drai’s is the second part of a huge new nightlife concept development located at Dubai’s Meydan, joining the already hugely popular Soho Garden, which opened in December. It’s set to be joined by another super club, Soho Beach, which opens on February 23, and an indoor complex of venues which will include the London export Toy Room.

Clubs
Nightlife
EDITOR’S PICKS
So, when is the next UAE public holiday in 2021?
READ MORE
All of the lavish new hotels set to open in Dubai in 2021
READ MORE
16 of the best pool passes in Dubai that are fully redeemable
READ MORE
All of the restaurants at West Beach, Palm Jumeirah
READ MORE
MOST POPULAR
Watch: 100 days to go for Expo 2020 Dubai
Burj Khalifa tops list of most searched-for bucket list experiences
There's massages and panoramic views at the highest spa in Dubai
7 beautiful things to do in Abu Dhabi this weekend: June 24 to 26
10 amazing things to do in Dubai this weekend: June 24 to 26
YOU SHOULD CHECK OUT
Our website uses cookies and other similar technologies to improve our site and your online experience. By continuing to use our website you consent to cookies being used. Read our privacy policy here.