Every year, some pretty major new clubs are announced for Dubai. And now another one has joined the ranks, as we’ve discovered that Las Vegas superclub Drai’s is set to open in Dubai.

Although we’re not sure where or when, it can’t be too far away as the Las Vegas branch is already hiring on its social media pages.

?Drai’s is coming to DUBAI!! Here’s your chance to become part of the Drai’s family! Tag a friend who you know who would be a PERFECT FIT for this opportunity! Please send your resumes & headshots to career@Draisdxb.com ?

It adds to an impressive list of clubs that have opened (or are about to open) in the emirate.

Early this year, homegrown megaclub Base opened its doors in D3 with a line-up of international acts including Tyga, 50 Cent, Rick Ross and Alesso. More recently, a second serving of homegrown talent arrived in the form of Inner City Zoo. 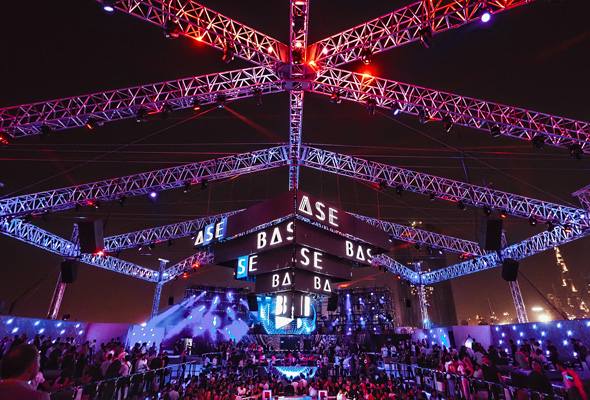 We’re still waiting for Gotha, the swanky Cannes superclub brand, to open its doors in Business Bay. We’re told though it should be this year.

And not forgetting Seaspice, the Miami beach club that’s also been promised to us, in the newly opened La Mer development in Jumeirah 1. Sadly, it won’t be until early next year before that one opens.

If you’ve been to Las Vegas, you’ve probably heard of Drai’s. If you’re not familiar with the day-to-night megaclub, however, here’s a taster for you.

The party kicks off early, with poolside parties complete with guest DJs and champagne spraying.

The weekend is here and you know what that means?! Time to SPLASH at Drai’s Beachclub with @audien on the turn tables! ?

It moves inside later at night, with international acts including Kendrick Lamar, The Weeknd, Snoop Dogg and Jennifer Lopez all headlining gigs at the venue.

Remember that one time during Fight Weekend in Vegas when @50cent @treysongz and friends TOOK OVER the world famous Drai’s stage?! They are back this Friday, September 15th and you’ll never know who might just show up! #50Cent #TreySongz #Vegas #DraisLV #FightWeekend

You can expect a flashy affair, with a glamorous crowd and plenty of sparkler-filled champagne shows.

Your chariot awaits you! ???

If the Dubai branch looks anything like this, we’re already excited.

If you fancy applying, you can send your CV to careers@draisdxb.com or check out their Facebook page.