Fancy spending a day hanging out with Batman, The Joker and Catwoman? You’ll be able to do just that from this summer in Abu Dhabi – Warner Bros. World has released details of another of its lands, Gotham City.

As well as the Bat, Cat and The Joker, super-villains The Riddler, Scarecrow and Harley Quinn from Suicide Squad will feature heavily in Gotham, and the area will also feature a couple of flight simulator rides for adrenaline junkies.

First up, there’s Batman: Knight Flight (pictured below), a ride that takes pace in the dark and will see you climbing, droppnig, spinning and rolling along while you watch a state-of-the-art flight simulator. Secondly, there’s The Scarecrow Scare Ride, another high-speed ride tat will feature barrel rolls and more. 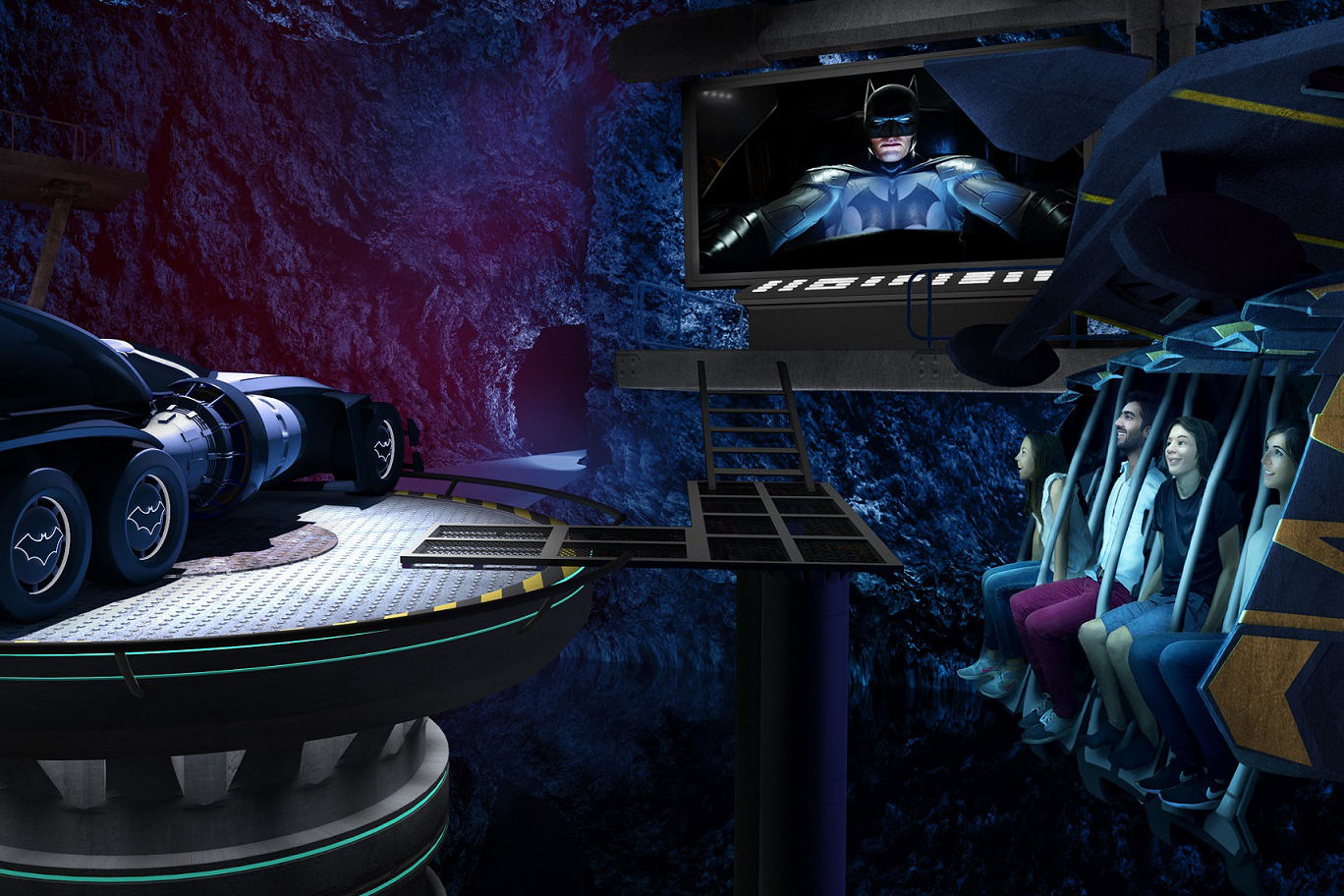 Gotham City will also have a rollercoaster, called The Riddler Revolution, and The Joker will have his very own carnival funhouse in the city, albeit a particularly twisted one.

There’ll also be puzzle games to try at Rogues Gallery Games and two dining outlets – one is in Gotham’s police station, the other is where the villains hang out, in an abandoned subway.

There’s no official opening date for the park yet, but we do know it will be home to 29 rides and will feature six themed lands inspired by DC Comics and Warner Bros Animation characters including Superman, Wonder Woman, Bugs Bunny and Scooby-Doo, as well as the aforementioned Gotham characters. You can check out our guide to the zones here. It’ll be the world’s first Warner Bros. indoor theme park when it finally does open.