XDubai are famed for their adrenaline fueled extreme experiences, but the footage of their latest stunt could be the most terrifying yet.

In a video posted to their social media channels, XDubai athlete and stuntman Damien Walters is seen zipping through Dubai Marina on the XDubai zipline, holding on with nothing but his bare hands.

ALSO READ:
Feeling stressed out? Head to Dubai’s first smash room
XDubai are back again with another bonkers stunt

The 15-second clip, filmed last month, sees Walters jump off the XLine launch platform at 170m in the air, swinging nearly the full length of the 1km zipline before dropping into the Dubai Marina water below. 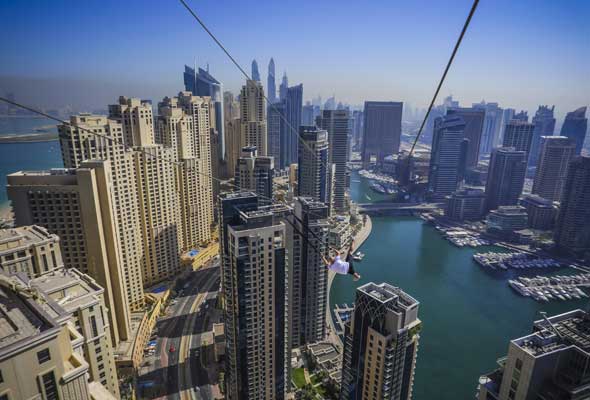 We’re expecting more details on the collaboration soon, but XDubai has revealed that SWYP will also be giving away a limited number of XLine Dubai Marina SWYP Edition passes for fans. 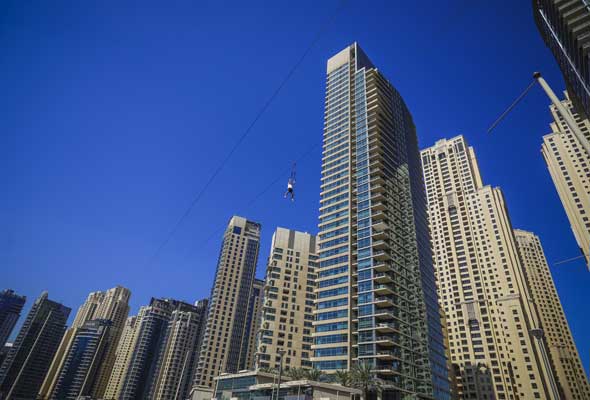 First launched last December, and inaugurated by HH Sheikh Hamdan, the XLine Dubai Marina is the longest urban zipline in the world, stretching 1km over Dubai Marina from JBR to The Address hotel.

Outdoor
Sport & Fitness
EDITOR’S PICKS
So, when is the next UAE public holiday in 2021?
READ MORE
All of the lavish new hotels set to open in Dubai in 2021
READ MORE
16 of the best pool passes in Dubai that are fully redeemable
READ MORE
All of the restaurants at West Beach, Palm Jumeirah
READ MORE
MOST POPULAR
Celebrate Christmas early with these 'Halfway to Christmas' brunches
Pics of the week: Your best photos of the UAE
What’s On The Bookshelf: Rom-coms great for reading on the beach
Book your holiday package from Dhs1,399 per person with Holidays by flydubai
Immersive cabaret concept The Theater Dubai opens its doors
YOU SHOULD CHECK OUT
Our website uses cookies and other similar technologies to improve our site and your online experience. By continuing to use our website you consent to cookies being used. Read our privacy policy here.