XDubai, the ambassador brand for action sports around the around, is no stranger to creating amazing stunts in the UAE. We’ve seen the world’s best wakeboarders shred the calm waters in Madinat Jumeirah, XDubai kiteboarders leap off of Burj Al Arab, and we’ve even witnessed the XDubai crew throw a man off Princess Tower. 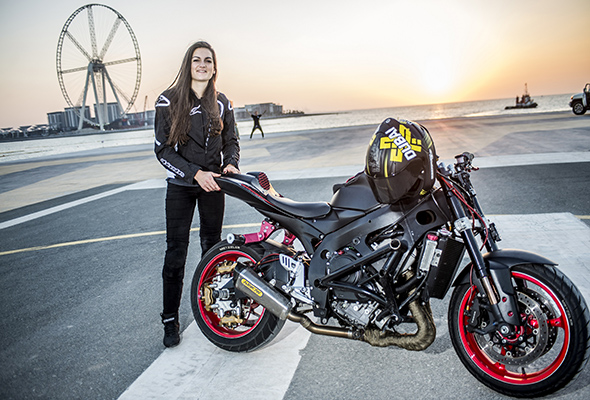 In the nearly two-minute-long clip, released on Bluewaters’ YouTube channel, Lezito showcases her world-famous skills, performing technical stunts that include stand-up wheelies, dead-spins, drifts and circle combos with Dubai’s impressive skyline as her backdrop, and under the gaze of Ain Dubai, the world’s largest observation wheel.

Throughout the video, Lezito’s identity remains hidden as she expertly transverses the streets, making her way through the island’s residential, retail and hospitality zones to meet friends at Caesar’s Palace Bluewaters Dubai.

Lezito is XDubai’s first motorcycle stunt rider and one of six women signed by the action-sports brand.  “As an athlete at the top of her game, Sarah shows us what it means to defy your limits and we couldn’t think of a more fitting location than Bluewaters to officially announce that she is part of the XDubai family,” said Mohammed Javad, General Manager of XDubai. 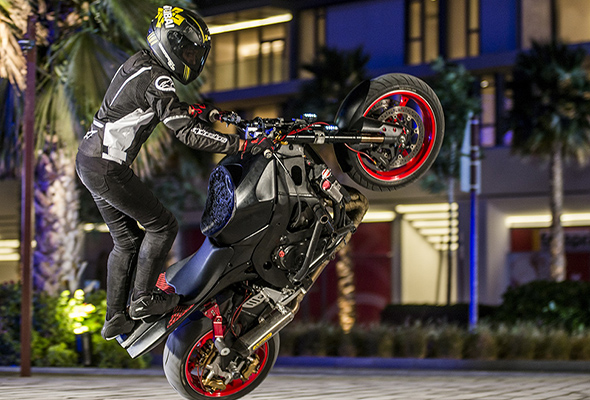 Outdoor
EDITOR’S PICKS
UAE holiday dates announced for Eid Al Adha
READ MORE
Emirates extends suspension of flights from India to UAE again
READ MORE
Coming soon: Everything we know about Ain Dubai so far
READ MORE
Khorfakkan set to open new tourist attraction 580 metres above sea level
READ MORE
MOST POPULAR
It's Dhs350 to brunch, stay and play at the What's On Lock In this weekend
UAE weather: Temps of over 50ºC recorded in the shade yesterday
Get a free Expo 2020 day pass when you fly with Emirates
A popular fairy-tale is gracing the stage at The Theatre at Mall of the Emirates in August
UAE petrol prices will increase again in August 2021
Exclusive interview: John Cena on his role as a 'douchey Captain America'
YOU SHOULD CHECK OUT
Our website uses cookies and other similar technologies to improve our site and your online experience. By continuing to use our website you consent to cookies being used. Read our privacy policy here.