First images of Abu Dhabi's presidential palace have been released

It opens to the public today, Monday March 11…

Qasr Al Watan, also known as Palace of the Nation, found is inside the Presidential Palace compound in Abu Dhabi, is set to open its doors to the public for the first time from Monday March 11.

Ahead of the opening Abu Dhabi’s Crown Prince HH Sheikh Mohamed bin Zayed Al Nahyan has released the first images of what it looks like inside – and it’s as stunning as you’d imagine.

“Mohammed bin Rashid and I have just inaugurated Qasr Al Watan, a new monument to cultural knowledge and communication between peoples of the world,” Sheikh Mohammed said on Twitter. “The scientific, cultural and intellectual content of this palace is now open to the public” the Tweet concluded. 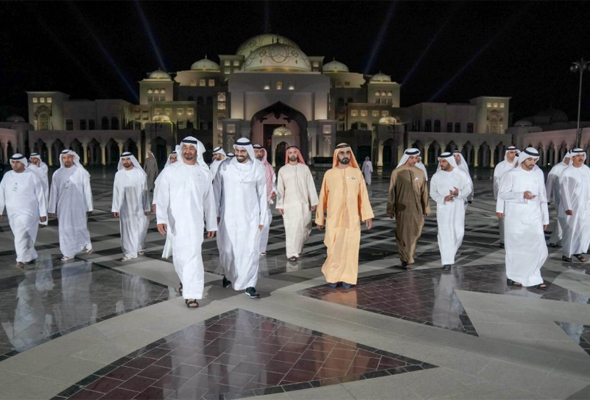 ALSO READ: Everything you need to know about the Special Olympics World Games Abu Dhabi

Inside Qasr Al Watan, members of the public will be able to visit the Qasr Al Watan library, which houses a vast collection of books about the UAE, see the House of Knowledge, which highlights Arab contributions to various fields and check out some interesting cultural exhibitions. 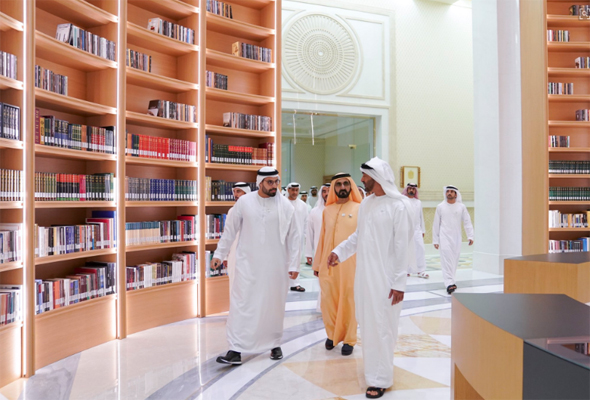 Guests will also get to learn about the rules and institutions of the country as well as create traditional calligraphy on interactive screens, and see examples of Arabian art.

His Highness said that the UAE’s cultural heritage represents a real wealth for future generations and a source of inspiration for the nation. The opening of Qasr Al Watan reflects the country’s keenness to provide people opportunities to learn about various aspects of its heritage and the human values that it represents. 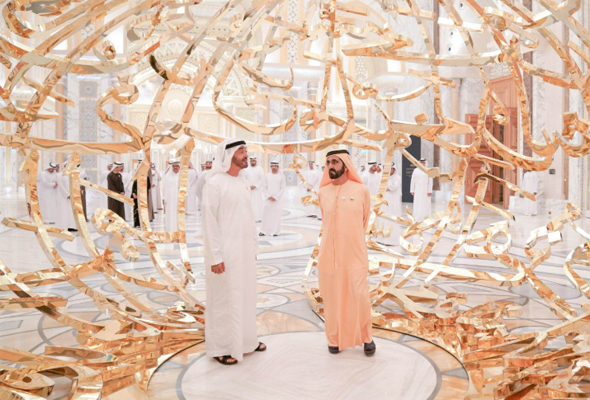 Qasr Al Watan will be open daily from 10am to 8pm.

A palace and garden ticket, which will give you access to all public spaces inside and out will cost you Dhs60 for adults and Dhs30 for children from four to 17  years. Under 4’s can enter for free.

A garden ticket alone will grant you access to the grounds and visitors centre and will cost you Dhs25 for adults and Dhs12 for children.

A guided tour will cost you an additional Dhs30 per visitor and are available in English or Arabic. They run every 30 minutes, take around an hour and a half, and will accommodate up to 20 people per tour.

If you want a private tour for a small group (of up to 20), or yourself, these are available as well for Dhs600.

You can purchase your tickets here

Culture
News
EDITOR’S PICKS
9 royal-approved Dubai restaurants
READ MORE
16 of the best beach bars in Dubai for sundowners
READ MORE
Bla Bla: Dubai's huge new beach club is set to open this Thursday
READ MORE
Where to get the Covid-19 vaccine in Dubai, Abu Dhabi and across the UAE
READ MORE
MOST POPULAR
Dubai Food Festival is set to return on February 25
Brand new eco oasis Al Fay Park opens on Al Reem Island, Abu Dhabi
9 exciting things to do in Abu Dhabi this weekend: January 21 to 23
Don't miss this cool collaboration between two top Dubai restaurants
Sale: Emirates and Etihad slash prices on flights around the world
YOU SHOULD CHECK OUT
Our website uses cookies and other similar technologies to improve our site and your online experience. By continuing to use our website you consent to cookies being used. Read our privacy policy here.