“They carry the dreams of our founding fathers, the ambitions of our people, and inspire our youth to raise their aspirations to the sky….”

Ahead of the first UAE astronauts mission to space in September, HH Sheikh Mohammed bin Rashid Al Maktoum Vice President of the UAE and Ruler of Dubai has received the two Emirati astronauts at Za’abeel Palace.

During the meeting on Tuesday March 5 with Sultan Al Neyadi and Hazzaa Al Mansouri, Sheikh Mohammed talked about the astronauts future journey and careers.

It has already been confirmed that one of the two astronauts will be selected for a one-week mission to the International Space Station later this year, although it is still unclear which of the two will go. 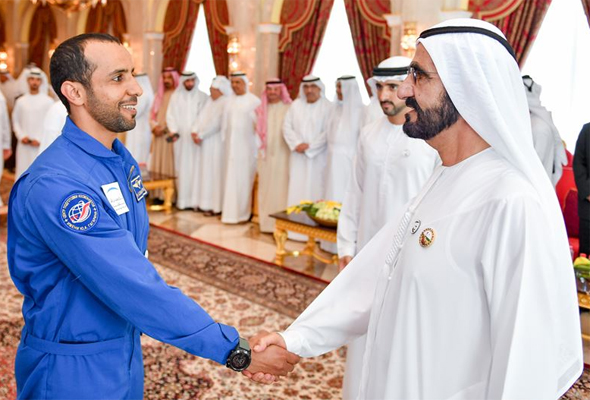 Taking to Twitter after the meeting, Sheikh Mohammed said that the two astronauts “carry the dreams of our founding fathers, the ambitions of our people, and inspire our youth to raise their aspirations to the sky.”

The Dubai Ruler was also briefed on the preparations and scientific training the duo are undertaking to be at the same level with the international peers for the September space mission. 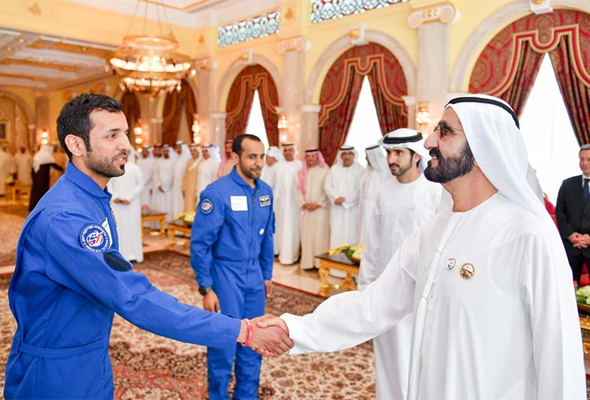 Before their departure, Sheikh Mohammed blessed their jouney and wished them success. He further highlighted the importance of investing in science and education, as well as training youth is a top priority of the UAE, as it counts on them to set strong and sustainable basis for prosperity and advancement, a statement from the Dubai Media Office read.

The two astronauts were selected from over 4000 applicants when the Mohammed bin Rashid Space Centre launched the UAE Astronaut Programme in 2017.

The programme has become one of the most important projects of the National Space Programme. It was launched in April 2017 with the aim of establishing an infrastructure for the UAE space industry.

News
Royals
EDITOR’S PICKS
Here's the full list of UAE public holidays in 2023
READ MORE
23 incredible things to look forward to in the UAE in 2023
READ MORE
Hidden gems: 10 UAE desert pop-ups to discover this winter
READ MORE
Where to travel in 2023: 10 new flight routes from the UAE
READ MORE
MOST POPULAR
8 wonderful things to do in Dubai this week: Feb 6 to 9
Where to go to get your Al Baik fix in the UAE
Reset and recharge with a relaxing staycation at this stunning Dubai hotel
The most expensive apartment in Dubai just sold for Dhs410 million
Here are 4 luscious new coffee spots to try on your next trip to Hatta
YOU SHOULD CHECK OUT
Our website uses cookies and other similar technologies to improve our site and your online experience. By continuing to use our website you consent to cookies being used. Read our privacy policy here.