The retro hangout on Sheikh Zayed Road will be missed…

House Party Bar is the latest closure on the Dubai nightlife scene, having ceased operation earlier this month. House Party Bar opened in July 2018 in took over a large portion of Cirque Le Soir nightclub, which also closed at the start of March.

We were big fans of the Sheikh Zayed Road bar, which broke the mould of uber-luxe new nightlife concepts when it made red cups and cheesy hits acceptable again when it threw open its doors eight months ago. 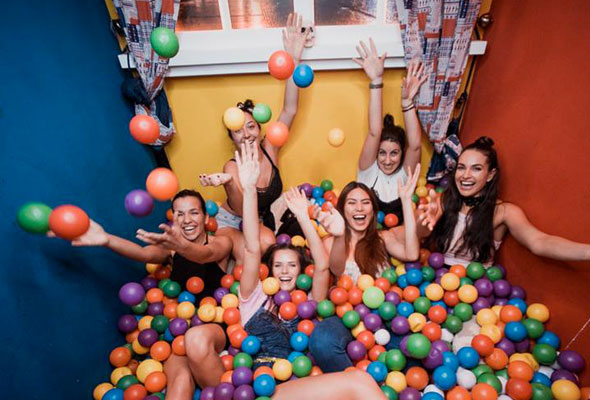 Cleverly split into a series of rooms, the retro hangout featured a games room complete with beer pong and table football upstairs, adjacent to the children’s playroom, where revelers could dive into a neat ball pit.

Downstairs, the kitchen, a living room, astro-turfed garden, bedroom and even a bathroom frequently filled up with partygoers eager to take advantage of the brilliant happy hour, ladies’ night and post-brunch drink deals taking place throughout the week.

At the moment, we’re not sure what will replace House Party Bar, but we’re advised that a new concept will be launching in the coming months.

But as we say goodbye to another nightlife venue, we say hello to a handful of new ones. Set to open tonight, Wednesday March 13 is legendary Lebanese nightlife venue Sky Bar, which will operate under the name Sky2.0 in Dubai. While in DIFC, the hotly-anticipated Mantis is set to open its doors on Friday March 15, promising complimentary canapes and cocktails for all guests on arrival. Ahead of its arrival, we’ve had a first look inside – check it out here.