There’s less than a week to go until Abu Dhabi Showdown Week and a host of new concerts and shows have just been added to the bill.

The week-long celebrations in the capital will run from Sunday September 1 until Saturday September 7, accumulating with UFC 242 when Khabib Nurmagomedov takes on Dustin Poirier at The Arena, a custom-built stadium on Yas Island.

But before we get there, six epic parties with some top headliners have just been announced.

Taking place on Wednesday September 4 will be a Bizaar takeover at MAD on Yas Island with a headline set from Brit popstar Jess Glynne. The Ill Be There hitmaker was forced to pull out of her RedFest DXB performance earlier this year, so it’s great news for fans in the region.

On Thursday September 5, the pool at Fairmont Bab Al Bahr in Abu Dhabi will see a takeover from Dubai nightclub Drai’s, with live sets from two epic dance acts, Rudimental and Sigala, as the sun goes down.

On Thursday night, the party continues at MAD on Yas Island where the Drai’s takeover continues with a still-to-be-announced artist performing.

Yas Beach will be the place to be during the day on Friday September 6 as Erick Morillo and Sigma spin at the Yas Island beach club, while by night MAD nightclub will see the return of it’s popular Disturbing night, headlined by Brit Award-winner, Tinie Tempah. 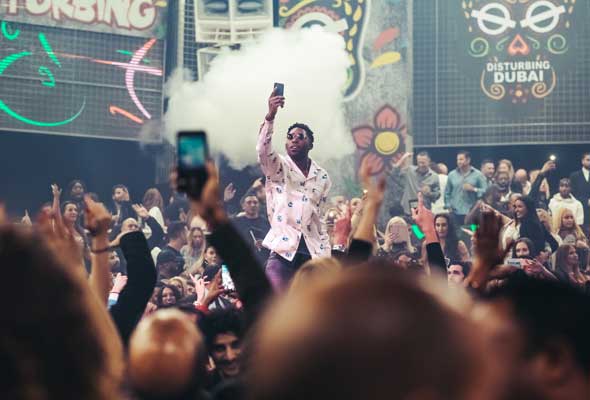 Fight night takes place on Saturday September 7, and then the party continues afterwards at MAD on Yas Island, with a live performance from American rapper, 2 Chainz.