Colombian Reggaeton singer J Balvin has been announced as the second artist to perform as part of UFC 242 Showdown Week in Abu Dhabi this September. 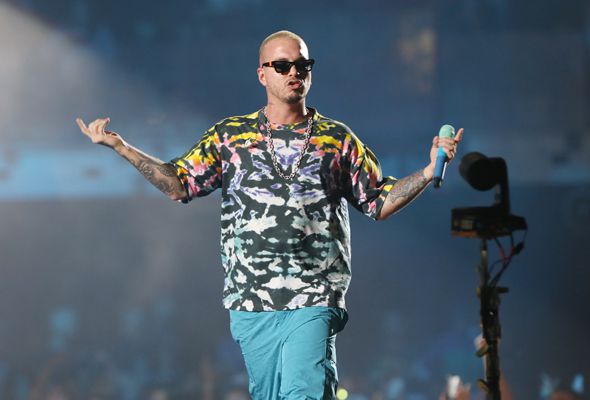 Credited as one of a number of stars propelling Latin music to the forefront of the worldwide music scene, J Balvin has collaborated with stars including Cardi B, Pharell Williams and Sean Paul. To date, he’s amassed more than 20 billion views on YouTube.

His performance in Abu Dhabi this September will mark the UAE debut for the Reggaeton star.

Both J Balvin and the Red Hot Chili Peppers will play in Abu Dhabi as part of ‘Showdown Week’, which will run from September 1 to 7. The week-long schedule will see city-wide events and activations take place including pool and beach parties, shopping and restaurant deals.

UFC 242 is set to be one of the most exciting matches in the MMA calendar when it takes place in just under three weeks time. The reigning UFC lightweight world champion Khabib Nurmagomedov will battle interim champ Dustin Poirier in the title unification bout at the currently under construction arena on Yas Island.

Nightlife
EDITOR’S PICKS
Here's the full list of UAE public holidays in 2023
READ MORE
23 incredible things to look forward to in the UAE in 2023
READ MORE
Hidden gems: 10 UAE desert pop-ups to discover this winter
READ MORE
Where to travel in 2023: 10 new flight routes from the UAE
READ MORE
MOST POPULAR
Reservations are now open for French restaurant Fouquet's Dubai
The colourful Sharjah Light Festival returns next week
Relive those cosy winter moments at Chalet 105 at Twiggy
There are some big road closures in Abu Dhabi this weekend
Escape for a romantic desert getaway this Valentine's Day
YOU SHOULD CHECK OUT
Our website uses cookies and other similar technologies to improve our site and your online experience. By continuing to use our website you consent to cookies being used. Read our privacy policy here.