See: Abu Dhabi light up in a show of strength against Covid-19

This morning certain Abu Dhabi landmarks were illuminated with a powerful message.

The #PrayForHumanity campaign is a global call for members of all faiths to come together today, May 14 2020, in prayer to end the pandemic. 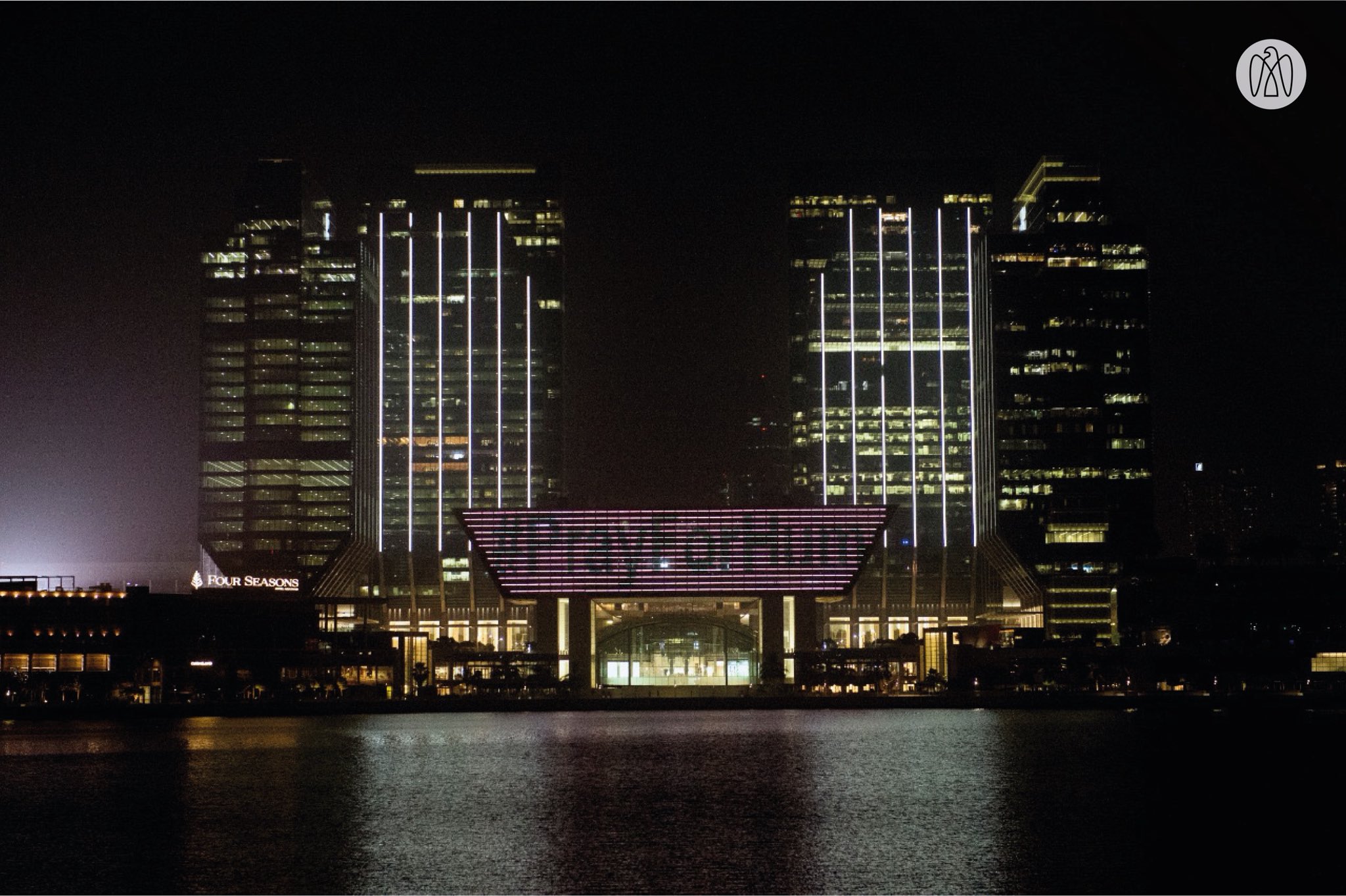 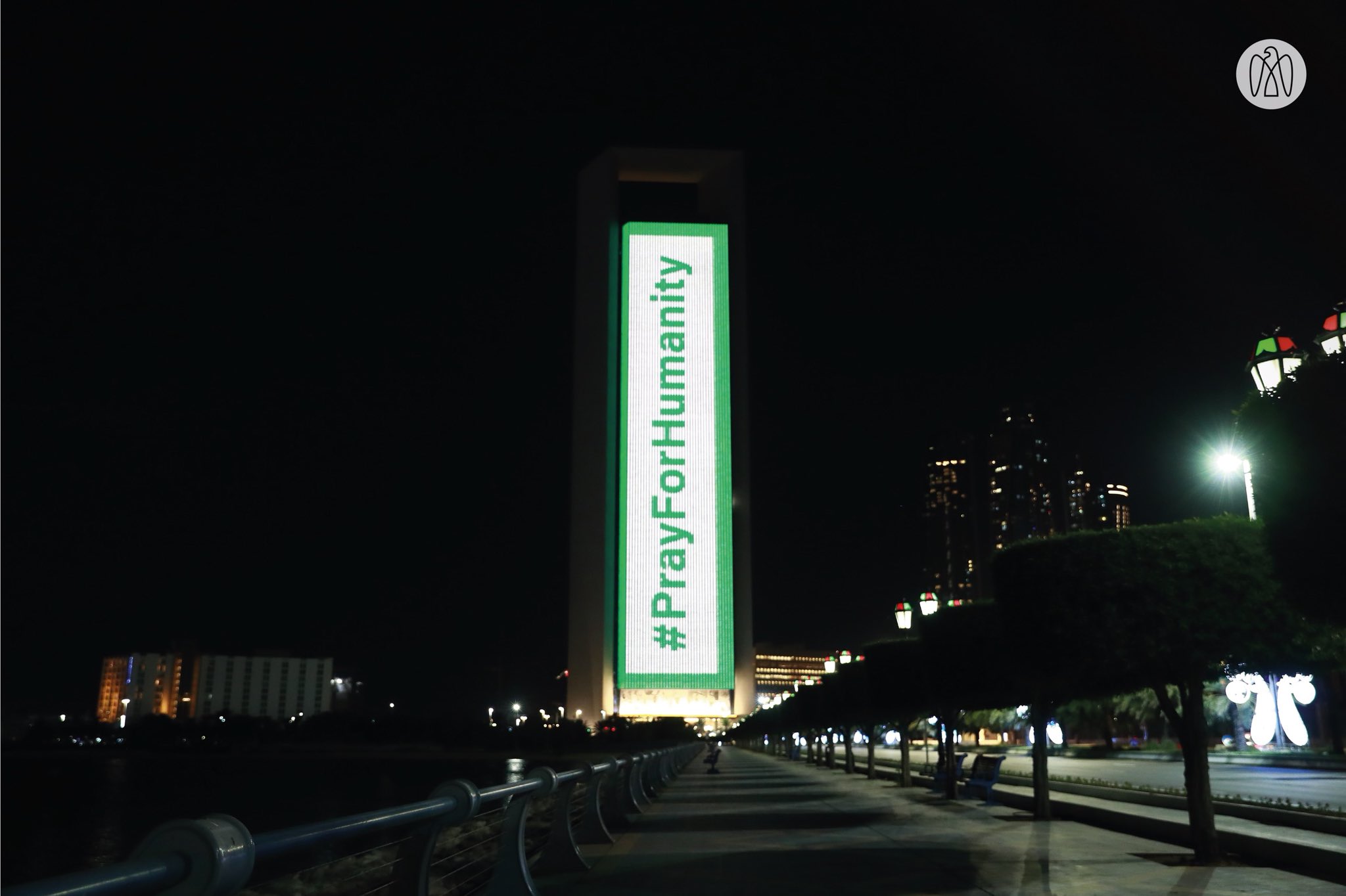 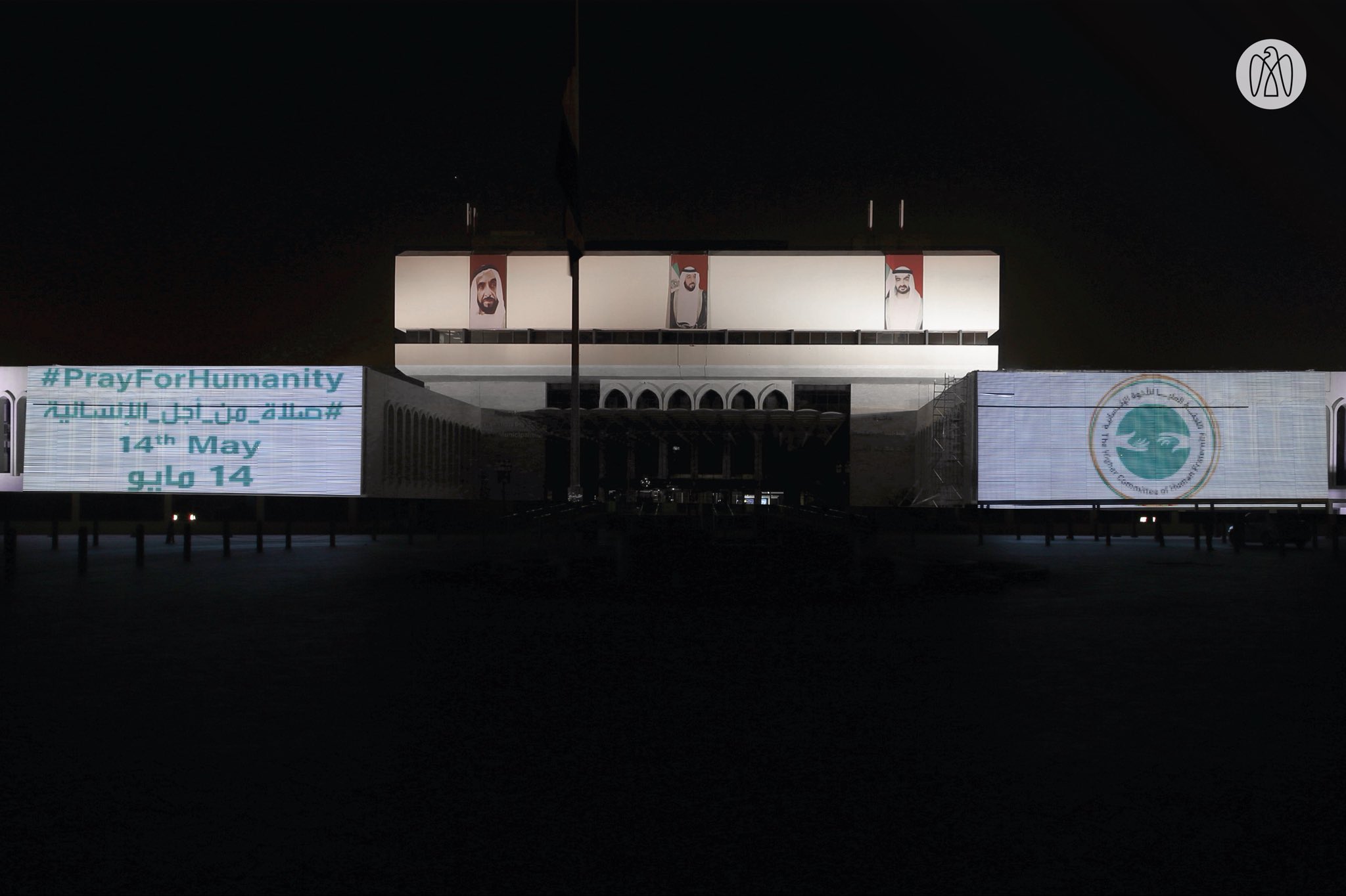 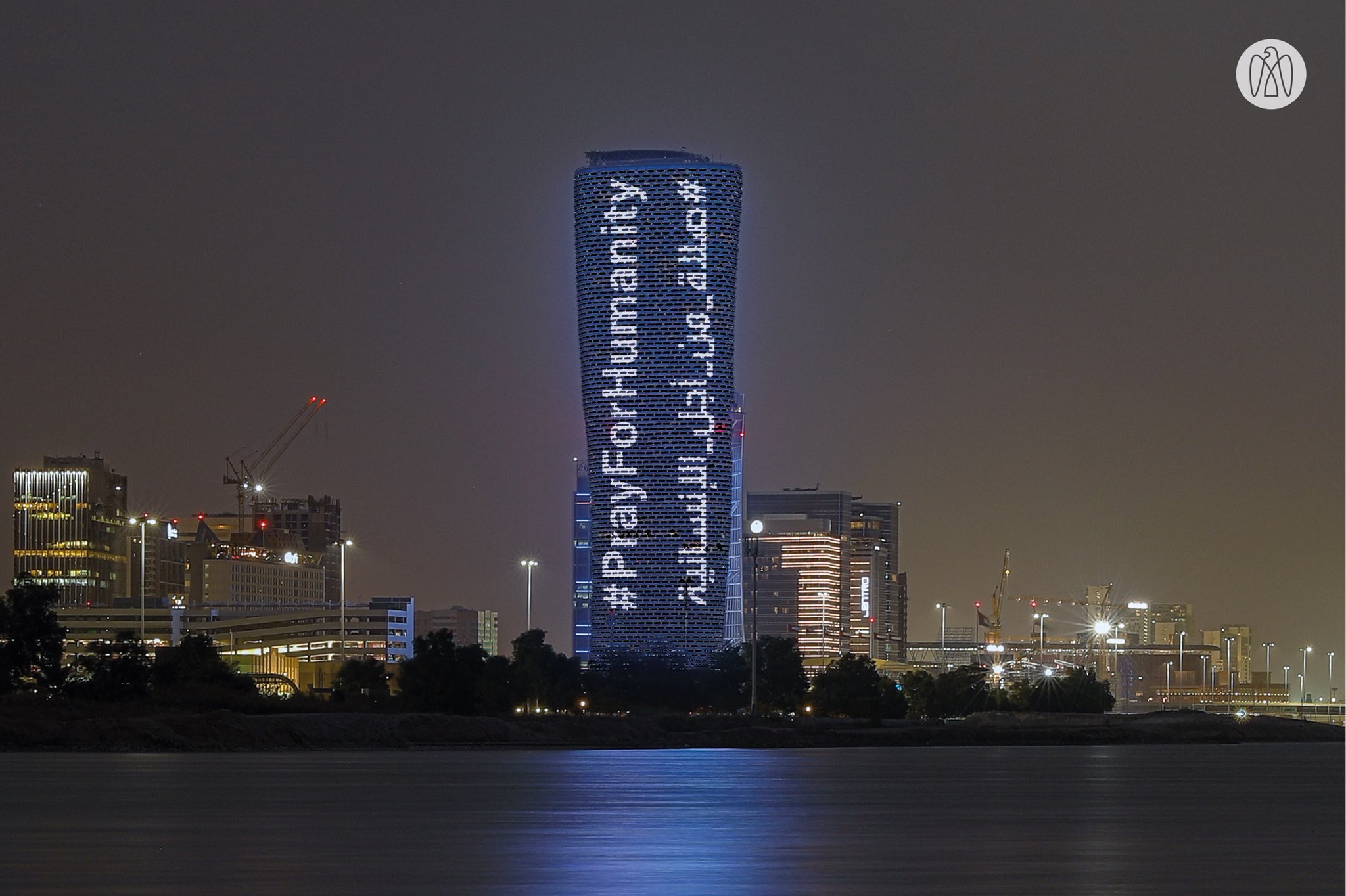 Campaign champions have also asked the faithful to use this day to fast, and perform good deeds. Acts of positivity, humility and selflessness that echo those commonly practised by Muslims throughout the Holy Month of Ramandan.

The Higher Committee of Human Fraternity is calling for the world to unite in a day of prayer, fasting and good deeds on Thursday 14th May. pic.twitter.com/GuXutRoxwl

The Abu Dhabi landmarks were lit up this morning before sunrise, and will be illuminated once more after sunset and the Maghrib prayer has been called.

Pray For Humanity was launched by the Higher Committee of Human Fraternity and has seen endorsement from high profile religious and political leaders, including our own HH Sheikh Mohamed bin Zayed Al Nahyan, Crown Prince of Abu Dhabi and the Pope.

The UAE’s support of the initiative is yet another example of the religious tolerance the nation is built on.

“What would have Zayed done today?” Speaks of solidarity, brotherhood and unity.

Covid-19 respects no borders, exempts no faith or people, ethnicity or language. As humans, we are all vulnerable but we are far stronger together, which is what the campaign seeks to highlight.