Family
News
Things to do

As pretty as the lights may be on your Christmas tree at home, turn your gaze to the night sky on December 13 and 14 to witness a stunning spectacle.

A jaw-dropping celestial show will take place with as many as 120 meteors shooting across the sky. It will be the last meteor shower of 2020.

The best part is that there is no moon at the time of peak activity, so there is no interference – meaning stargazers can expect very good visibility of this beautiful show. 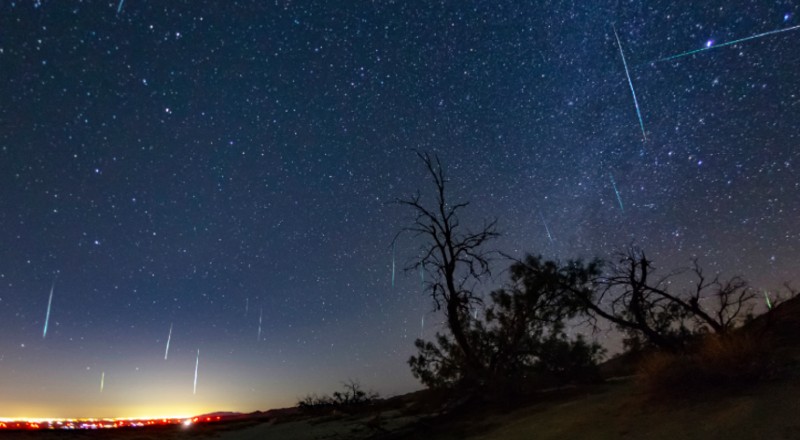 According to a post that was retweeted by the Dubai Astronomy Group, the Geminids occur every year from around December 4 to 16, peaking on the night of Sunday December 13 into the morning of Monday December 14.

The post reads that ‘the peak of the Geminids, which is considered to be one of the most prolific meteor showers of the year, is after dark on December 13.’

You will be able to see the meteors across the entire sky. And this particular meteor shower is visible across the entire globe apart from Antarctica (if you’re curious as to why it’s because it gets 24 hours of sunlight per day during this time of year.)

Join us, away from the city lights, on the night of the 13th at Al Qudra Deserts and witness the Geminids Meteor Shower!

If you really want to witness this beautiful event in all its glory, the Dubai Astronomy Group is hosting an event and they are inviting you to join them.

The event was previously going to be held at the beautiful Al Qudra Deserts, but the group changed the location due to unforeseen circumstances.

The new location is now Wadi Shawkah. If you’ve signed up for the event, you will receive a location map to help guide you. If you haven’t signed up, head to the link in the tweet above.

It will cost Dhs200 per adult. The event is family-friendly, and the cost per child under the age of 13 is just Dhs150.

The event takes place at 10pm at night on December 13 until 3am the following day. You will need to register here and while you’re there, make sure you read the important information listed.

At the event, you will get a sky mapping session, be able to make celestial observation through a telescope and the astronomy team will even hold a question and answer session.

Family
News
Things to do
EDITOR’S PICKS
Ain Dubai will open with fireworks, live music and a drone show
READ MORE
Incredible Aura SkyPool to open in Palm Tower this November
READ MORE
Brit Grand Slam hero Emma Raducanu confirmed for Mubadala Tennis
READ MORE
What’s On Nightlife Awards 2021: Here are the nominees...
READ MORE
MOST POPULAR
Stunning fine-dining French restaurant Bleu Blanc reopens
14 things to look forward to in Dubai this November
Emirates Airline Festival Of Literature 2022 dates announced
This new Dubai restaurant serves unlimited pizza for Dhs95
A spooky Halloween run is taking place at Dubai Festival City this weekend
YOU SHOULD CHECK OUT
Our website uses cookies and other similar technologies to improve our site and your online experience. By continuing to use our website you consent to cookies being used. Read our privacy policy here.