Improvements have been made at seven locations…

Hate seeing red brake lights on Sheikh Zayed Road? Your commute is about to get a little easier thanks to a series of improvements made by Roads and Transport Authority (RTA).

The authority has helped ease traffic congestions and increase vehicular flow with improvements made at seven different locations across Sheikh Zayed Road.

Here are the changes that were introduced by RTA.

-Exit 39 near Mall of the Emirates has been widened from one lane to two lanes – this has doubled the number of vehicles per hour from 1800 to 3600. It has also shortened the journey time from Sheikh Zayed Road to Umm Suqeim from 12 minutes to 1.45 minute. 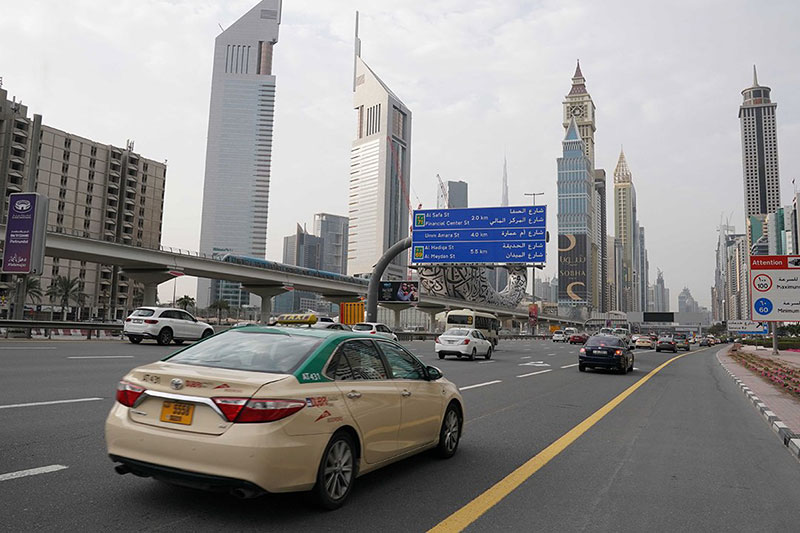 -Changes were made in the free right lane branching out from 2nd December Street to Sheikh Zayed Road in the direction of Abu Dhabi. According to an official at RTA, ‘Works included increasing the storage lane capacity, which increased the traffic flow on the Trade Centre Roundabout’

-Improvements were made to the Al Thowima Street at Al Barsha (near Novotel Hotel) to help ease congestion on the service road and improve the accessibility to internal areas of Sheikh Zayed Road.

READ ALSO:  These major Dubai Metro stations are getting a name change

-A new lane has been added on Sheikh Zayed Road nearby Shangri-la Hotel and the first interchange in the direction of Abu Dhabi. The move increased the capacity to 1800 vehicles per hour. A third lane was added at the exit in the direction of Dubai Mall, which increased the capacity to 5400 vehicles per hour. The changes eased the traffic movement on the Sheikh Zayed Road near the first interchange.

-Another lane was also added in the direction of Sharjah near Dusit Hotel. The move reduced the waiting time at the entry of the service road. Additionally, improvements were made to the entry and exit points to improve the flow of traffic.

-A change was made near the fourth interchange in the direction of Sharjah (Al Manara Exit) where improvements were made to the entry/exit points of the interchange to ease the traffic flow on the Sheikh Zayed Road. Works also included the addition of one lane near the exit to the service road, after Al Safa (Noor Bank) metro station in the direction of the exit to Umm Al Sheif.

News
Transport
EDITOR’S PICKS
Dubai hotels and restaurants to suspend entertainment until further notice
READ MORE
9 royal-approved Dubai restaurants
READ MORE
16 of the best beach bars in Dubai for sundowners
READ MORE
Where to get the Covid-19 vaccine in Dubai, Abu Dhabi and across the UAE
READ MORE
MOST POPULAR
Dubai announces new restrictions on restaurants, gyms, weddings and social events
8 of the best homegrown burger concepts in Dubai
Direct Etihad flights to Qatar from Abu Dhabi are inbound next week
Dubai Health Authority answers your questions regarding the vaccination
Expo Dubai 2020: What’s inside the Sustainability Pavilion?
YOU SHOULD CHECK OUT
Our website uses cookies and other similar technologies to improve our site and your online experience. By continuing to use our website you consent to cookies being used. Read our privacy policy here.