Ahh Fridays. They’ve long been that day of the week where the routine goes out of the window, to be replaced by the bonafide pastime: A Dubai brunch. If you’re unsure which brunch to hit up this weekend, we know of just the one. Say hello to The Great British Brunch at Tipsy Lion.

The only thing better than a normal brunch is when you can get it two-for-one, and that’s exactly what you’ll get at Tipsy Lion throughout August. This British-style pub is the home of fuss-free fun, complete with pool table, table football and ‘drink pong’.

As the ‘Great British Brunch’ name suggests, you can expect a wholly British affair on Fridays. On the menu is starters such as prawn stars, chicken tikka and vegan “buffalo” wings. For mains, there are platters of plant-based sliders, fish & chips and butter chicken pie. Desserts include sticky toffee pudding and apple crumble.

After party: 8 of Dubai's best after-brunch deals on a Friday
5 new British-style pub restaurants in Dubai that you need on your radar 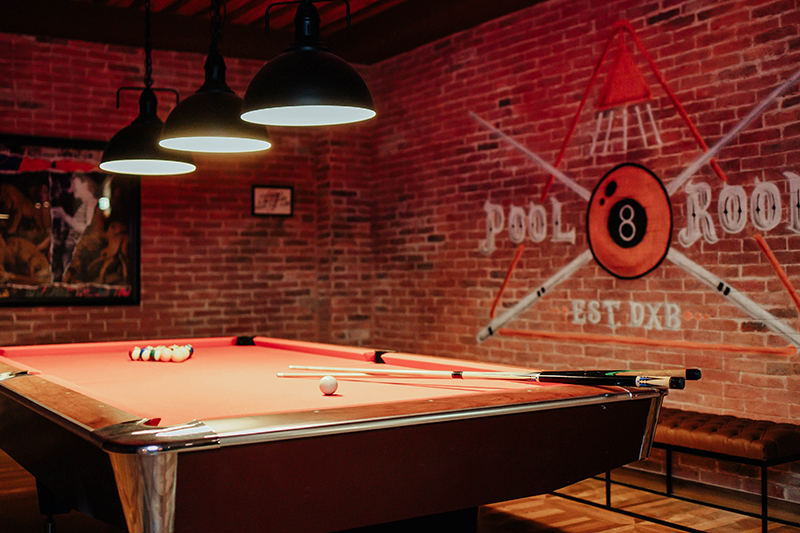 The brunch runs from 1pm to 5pm with free-flowing beverages including wines, beers, spirits and cocktails. It’s priced at Dhs279 for soft drinks, Dhs349 for house beverages and Dhs399 for sparkling. Remember, it’s basically half price on two-for one, so you won’t be spending more than Dhs200 maximum.

No British pub would be the same without live music and you’ll be treated to some cracking hits from The Boxtones and Tipsy Lion’s resident DJ. Pub games and other entertainment will be on throughout the day so make sure you get involved. Happy hour runs from 5pm to 8pm too.

Homage to British style is evident in the details here, with walls comprising of wood panelling and exposed brick. Huge cushy couches scattered with pop-art cushions give the scene a cosy and inviting feel. There’s also an expansive, open-topped terrace to relax on.

Brunch
Eat & Drink
EDITOR’S PICKS
What’s On Nightlife Awards 2021: Here are the nominees...
READ MORE
It's back! What's On Lock In returns to Media One Hotel
READ MORE
Arts and culture: 5 spots we can't wait to visit at Expo 2020 Dubai
READ MORE
UAE petrol prices are set to decrease in September 2021
READ MORE
MOST POPULAR
Pics of the week: Your best photos of the UAE
How to use Playkey.me, the region's first supercharged cloud gaming service
The Mai Dubai half marathon is back in October
Exhibitions, workshops and more to experience at Sharjah Art Foundation
New Irish pub McCafferty's opens second venue in Dubai
YOU SHOULD CHECK OUT
Our website uses cookies and other similar technologies to improve our site and your online experience. By continuing to use our website you consent to cookies being used. Read our privacy policy here.