The jubulations all take place around a central theme of ‘the number eight’.

Between 5pm and 8pm you can get yourself eight select beverages for Dhs80, there are food platters for Dhs80, an 80s-themed ‘Back to Scool’ soundtrack, and a Dhs100 gift voucher give-away every 80 minutes.

Being another year older isn’t the only cause for celebration at this Belgian Cafe canton, the restaurant has appointed Dennis Christian Fetzner as Head Chef. Fetzner’s tour of duty has lead him through Michelin Star restaurants, honing his skills in kitchens across the world. 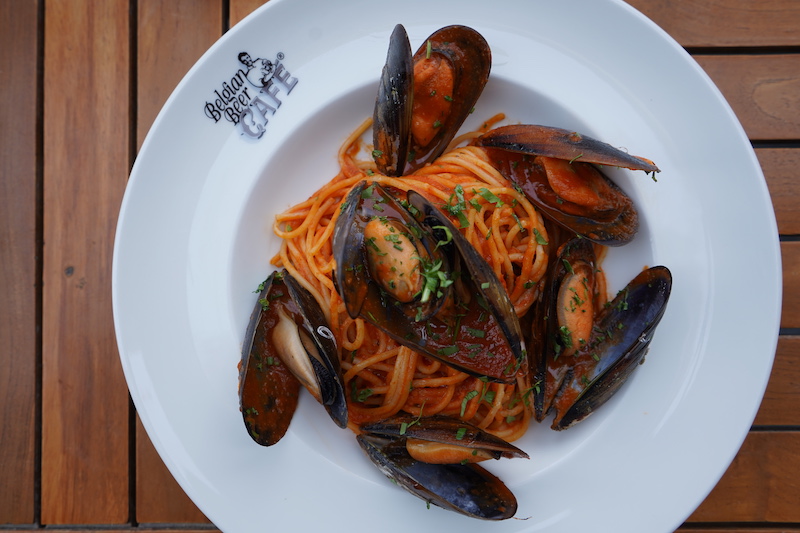 Review: Hunter and Barrel steakhouse, Yas Bay
These Abu Dhabi restaurants made it on to the MENA 50 Best list

It features dishes such as pallotte cacio e ove (a much adored cheese-centric version of meatballs); house-prepared chicche di ricotta, served in a rich seafood sauce; there are new tagliatelle and ravioli indulgences too, paired with expert-sourced ingredients including porcini mushrooms and eggplant.

There are fresh main courses to try too, highly-anticipated plates such as sea bream cooked in a foil papillote with sustainability-conscious seasonal vegetables; and Angus grade beef fillet luxuriously slathered in a three peppercorn sauce.

Running until February 19, the Yas Plaza Hotel are also featuring a ‘Grills and Smokes – Under the Stars’ promotion.

Here you can pick up happy hour two for one deals on select drinks daily from 5pm to 9pm, there’s live entertainment on the weekend and a special barbecue menu with prices starting from Dhs99.

Eat & Drink
Things to do
EDITOR’S PICKS
Here's the full list of UAE public holidays in 2023
READ MORE
23 incredible things to look forward to in the UAE in 2023
READ MORE
Hidden gems: 10 UAE desert pop-ups to discover this winter
READ MORE
Where to travel in 2023: 10 new flight routes from the UAE
READ MORE
MOST POPULAR
The UAE law changes on marriage, divorce and child custody to know about from February 1
5 fabulous new Dubai hotels to check-in to
Pics of the week: Your best photos of the UAE
Dhow & Anchor has got you covered every day of the week
RTA: All the road closures you need to be aware about
YOU SHOULD CHECK OUT
Our website uses cookies and other similar technologies to improve our site and your online experience. By continuing to use our website you consent to cookies being used. Read our privacy policy here.