Dubai-based couple James Harrington from the UK, and Marina Liani from Ukraine, make up award-winning mentalist duo, Mind2Mind. The UAE’s only mentalist couple made a splash on America’s Got Talent last night.

Watch the jaw-dropping audition below…

The broadcast featured a demonstration of ‘Mind reading from a distance’. Marina stood outside of the theatre with the show’s host, Terry Crews. As a warmup, she identified judge Sofia Vergara’s phone battery percentage through James as her medium.

Mind2Mind then invited audience members to think of positive personal memories and requested judge Heidi Klum to picture one of the memories. Heidi was asked to imagine sending Marina an image of the memory. Marina was able to elucidate exactly what memory Heidi had in mind.

Inevitably, the couple landed 4 ‘yes’ answers from the judges and a standing ovation was a fitting end for this incredible display of mental dexterity.

This isn’t their first tryst with fame… 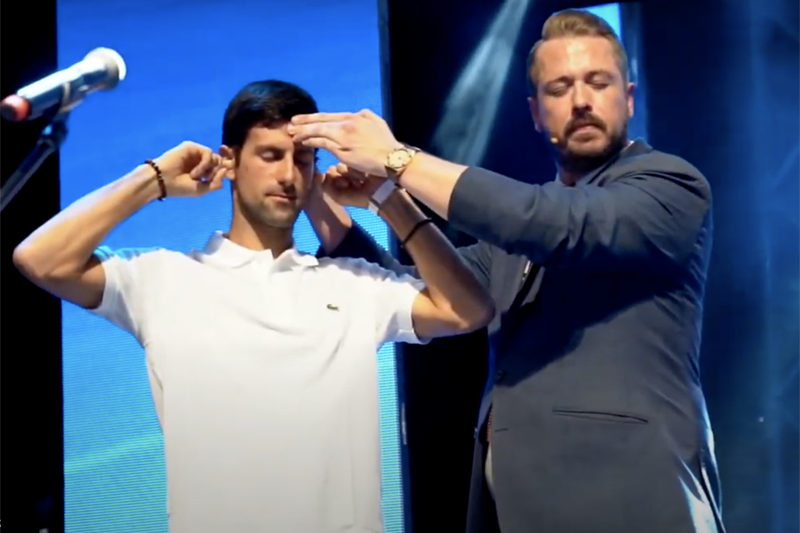 Earlier in their relationship, James and Marina have also been on Britain’s Got Talent as well as Ukraine’s Got Talent – where they were the recipients of the coveted golden buzzer. They currently perform exclusively at corporate events but have also performed for some big names like tennis star, Novak Djokovic and the Prince of Monaco.

Upcoming performances, international artists and more in Dubai
Watch: Aquatic circus experience Fontana in Dubai
We caught up with ventriloquist Paul Zerdin ahead of his Dubai performance

Get to know the couple…

Liani and Harrington met in 2017 via Tinder, an online dating app. Liani arrived in Dubai nine years ago and previously worked at Dubai Airport as cabin crew for flydubai. Harrington came to Dubai 14 years ago as a hotel performance act at the Kempinski.

“I fell in love with Dubai from the first day and I knew it would be the place I’d call home long-term,” said Harrington. James also claims that the couple has no psychic abilities, instead, maintaining that it’s a purely emotional connection that enables such feats. 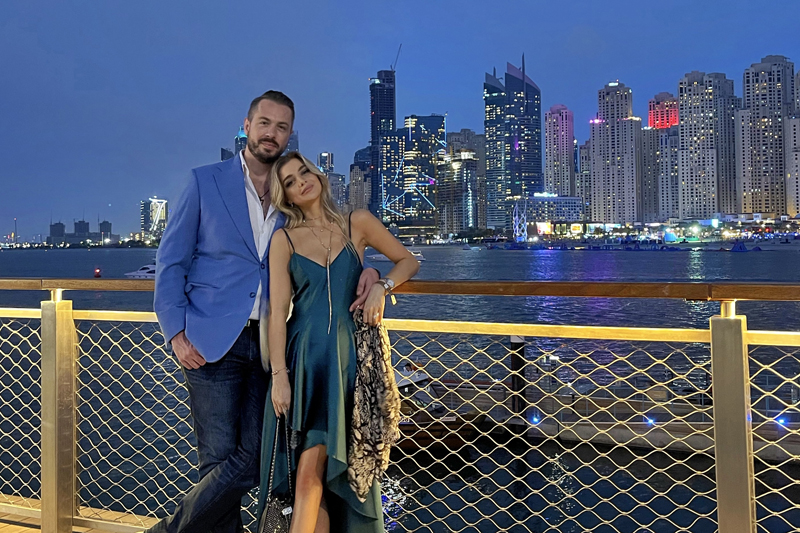 The pair plan to open a mentalist theatre show in Dubai. This transition to theatre would be the chance to finally enable the Dubai locals and tourists to enjoy the Mind2Mind show which was recently named ‘Speciality Act of the Year’ by the Prestige Awards.

Can’t get enough of mystic thrills? Check out this magic café opening in Dubai soon.

Culture
TV
EDITOR’S PICKS
Here's the full list of UAE public holidays in 2023
READ MORE
23 incredible things to look forward to in the UAE in 2023
READ MORE
Hidden gems: 10 UAE desert pop-ups to discover this winter
READ MORE
Where to travel in 2023: 10 new flight routes from the UAE
READ MORE
MOST POPULAR
With its unique decor, Dubai's La Nina restaurant evokes tales of distant travels
Reservations are now open for French restaurant Fouquet's Dubai
The colourful Sharjah Light Festival returns next week
Relive those cosy winter moments at Chalet 105 at Twiggy
There are some big road closures in Abu Dhabi this weekend
YOU SHOULD CHECK OUT
Our website uses cookies and other similar technologies to improve our site and your online experience. By continuing to use our website you consent to cookies being used. Read our privacy policy here.