There are a number of upcoming performances in Dubai this year from international artists to comedians, local theatre, and much more, but one you don’t want to miss is Paul Zerdin – Hands Free taking place at the Theatre by QE2 on March 4 and 5.

Paul Zerdin is the winner of America’s Got Talent Season 10 and he is coming to Dubai with his high-spirited puppets to perform for 90-minutes with his puppets Sam, Baby, Grandad and many more. Tickets can be purchased here with prices starting from Dhs125.

Here’s a sneak peek of what to expect on the night.

We caught up with Paul Zerdin before his performance in Dubai for a quick catchup.

What’s On: Are you excited to perform your Hands-Free Tour here in Dubai with Big Fish Comedy?
Paul Zerdin: Yes, I love Dubai and have had many a holiday here over the years and also it’s been a while since I first performed in Dubai back in 1995.

WO: What or who inspired you to become a ventriloquist?
PZ: Jim Henson and Frank Oz on Sesame Street and The Muppets were my biggest inspiration. I don’t know anyone who doesn’t like the Muppets.

WO: You had great success in the UK prior to entering America’s Got Talent (AGT), so how did winning the largest talent show in the world change your career and what made you enter the show?
PZ: AGT has such a big reach on a global scale that it definitely opened a few doors when I won it. I’d been pretty successful in the UK and had performed around the world in comedy festivals, but had never really worked in the US and that was the biggest market of all so I decided I wanted to take on America. Having my own headline show in Las Vegas was a very proud moment. 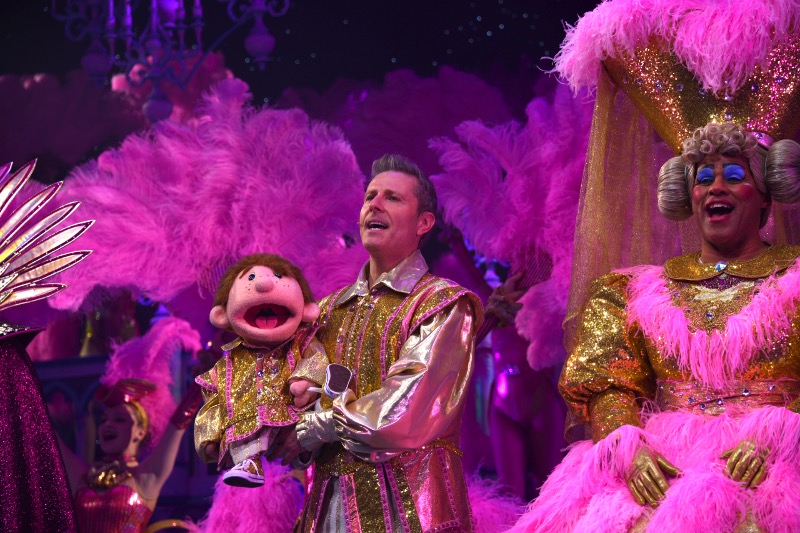 WO: You’ve performed all over the world, which is your favourite venue and why?
PZ: Apart from my residency at Planet Hollywood, Vegas, The London Palladium where I am lucky enough to be in the Pantomime every year is such a magical theatre. Nothing compares to it.

I, Julian Clary, Gary Wilmot and Nigel Havers do the Pantomime every year and we have been joined by Dawn French, Paul O’Grady, Elaine Page and Diversity over the last few years. We’re like a little gang who get to dress up and do our favourite routines together. It’s a big old variety show in the most famous Variety Theatre in the world. We feel very lucky to be there.

WO: You’ve also performed at The Royal Variety Performance several times – what was that like?
PZ: Yes, it’s a funny old show where you are sharing a dressing room with big names. For my first Royal show, I was in a dressing room with Bradley Walsh, Julian Clary, Frank Bruno and Stephen Fry. When you’re on stage and you look out and think to yourself… ‘Blimey! There’s the Queen up there watching me and my puppet show!’ It’s very exciting.

WO: And who will join you on stage here in Dubai and will we be introduced to any new puppets?
PZ: The Hands-Free show features my regular characters – Sam, Albert and Baby. And yes, this time my Bodyguard Roger will join me and Urban Fox. Roger the bodyguard is a paranoid American ex-military type who thinks everyone is out to get him and me, so he interrogates the audience. And, the Fox has accidentally got stuck in my luggage after sneaking in to eat my packed lunch.

WO: How do you go about creating new characters and voices?
PZ: It takes me quite a while, I’m always playing around with silly voices and then when I’ve got an image in my head eventually the voice will fit the look and then I’ll start with designing what I think it should look like. Then I go to my puppet builder, and he does better drawings than me and eventually, we agree on the look. Then it gets built over a number of months and then I start thinking about the character’s back story, so I know what sort of material to write about. It’s quite a painful process, but worth it in the end. 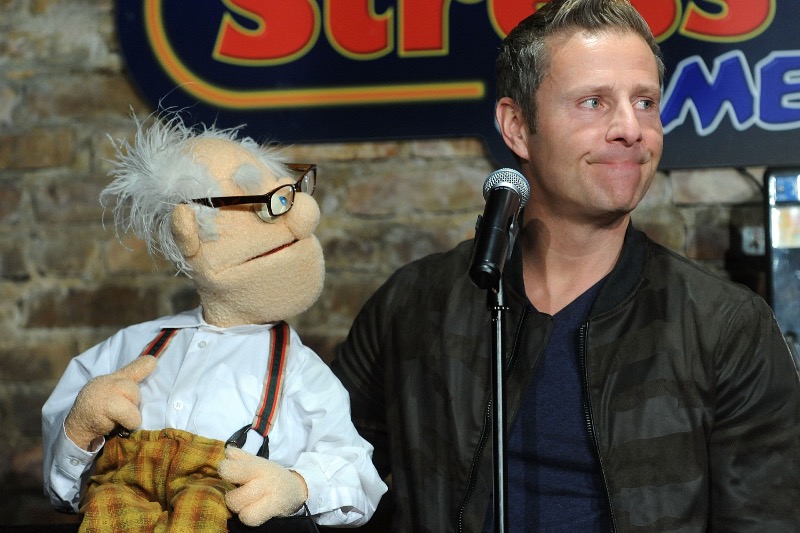 WO: Do you have a favourite puppet and why? Don’t worry, we won’t tell the others…
PZ: Ha! Albert my old man character is actually my favourite as he is 93 and says what he wants. He does magic and ventriloquism in this new show and of course, it all goes wrong…

WO: Do you have any tricks you do on stage to remind the audience that it is in fact just you performing and not two different people bantering on stage?
PZ: I love it when the audience go ‘aaaaaaaaah!’ when I’ve put the puppet away and he’s crying out to come back on stage…Then I point out ‘It’s me you fools!’

WO: Can we expect any surprise stunts or acts during your show at the Theatre by QE2?
PZ: Yes, two people from the audience will become my ventriloquist dummies. It’s one of my favourite bits to do. 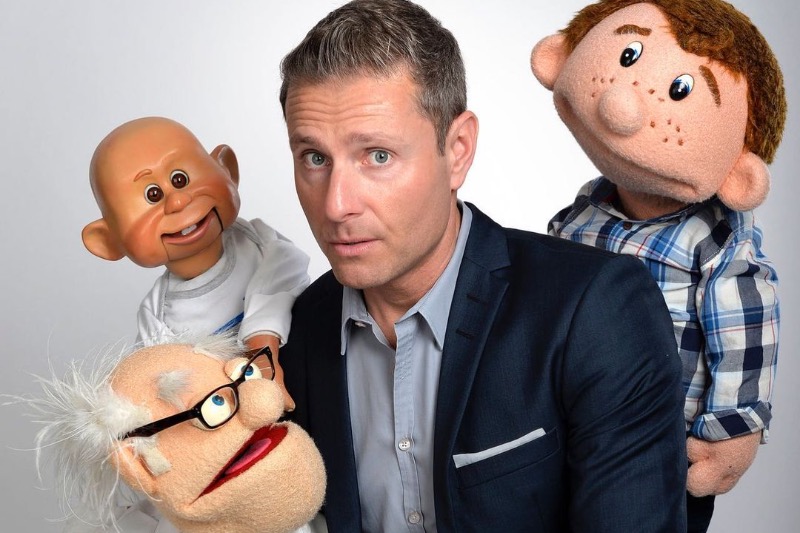 WO: You’re doing two shows, a matinee and an evening performance – will they be different?
PZ: Yes, the matinee will be more family so I just have to remind the puppets not to be too naughty in the afternoon!

What's On film exclusive: In conversation with the stars of The Batman
Upcoming performances, international artists and more in Dubai

WO: The upcoming performance aside, what are the top three places or things you’re looking forward to when you land in Dubai?
PZ: I’ve never done a Desert Safari so I’d really like to do one of those. I’ll probably look forward to a Vodka Martini up the Burj Khalifa and I love water skiing so I’ll hopefully do that somewhere on Jumeirah Beach.