Shrek the Musical is coming to Dubai next year

All the way from the Kingdom of Far Away, everyone’s favourite ogre will return to Dubai in February…

We repeat: Shrek the Musical is coming to Dubai!

Based on the Oscar-winning Dreamworks film, the Broadway hit will take place at Dubai Opera between Tuesday, February 21 and Sunday, February 26, 2023, with a total of eight shows.

Shrek fanatics, prepare for non-stop laughing as Shrek, his noble steed Donkey, Princess Fiona, and the rest of the well-loved characters (‘do you know the muffin man?’) embark on a magical and musical adventure.

In addition to the film’s popular soundtrack including hits like I’m a Believer and Hallelujah, there will be 19 new tunes that will have you singing-along all the way back to your swamp. 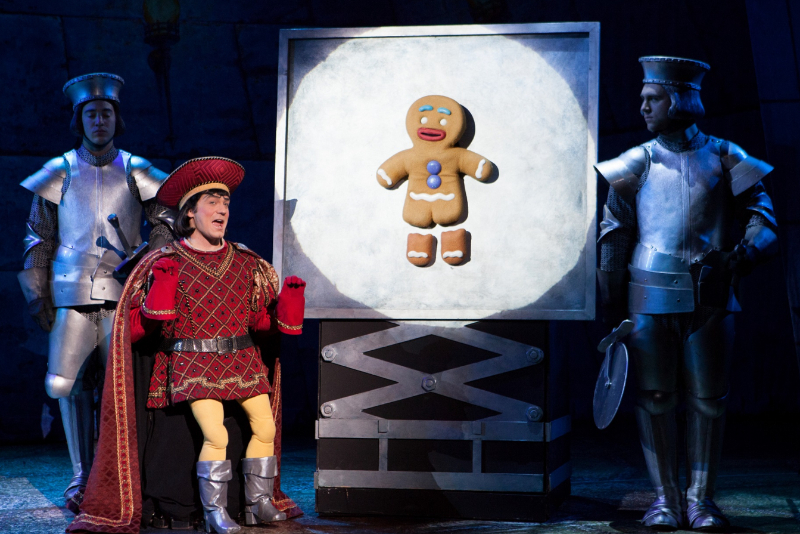 Dream come true? Tickets are on sale now, you can get them on Platinumlist or directly on Dubai Opera, with prices starting from Dhs275 (silver), Dhs375 (gold), Dhs475 (platinum), and Dhs575 (VIP).

There will be one show per evening from Tuesday to Thursday (8pm), two shows on Friday and Saturday (4pm and 8pm), and a 2pm show on Sunday.

For those who aren’t so familiar with the fairytale, this hilarious family-favourite tells the story of an ogre (Shrek) whose precious swamp gets turned upside down by irritable fairytale creatures who were banished from their kingdom by the evil Lord Farquad. In a bid to get his land back, Shrek promises to rescue Princess Fiona to be Lord Farquad’s bride.

The musical brings his epic journey to life through creative choreography, amazing backdrops, and catchy tunes.

Since its launch on Broadway, there’s been over 500 performances across Singapore, UK, France, Netherlands, China, New York, and beyond.

Culture
Family
Theatre
EDITOR’S PICKS
Here's the full list of UAE public holidays in 2023
READ MORE
23 incredible things to look forward to in the UAE in 2023
READ MORE
Hidden gems: 10 UAE desert pop-ups to discover this winter
READ MORE
Where to travel in 2023: 10 new flight routes from the UAE
READ MORE
MOST POPULAR
26 of Dubai's best beachfront restaurants
8 wonderful things to do in Dubai this week: Feb 6 to 9
Where to go to get your Al Baik fix in the UAE
Reset and recharge with a relaxing staycation at this stunning Dubai hotel
The most expensive apartment in Dubai just sold for Dhs410 million
YOU SHOULD CHECK OUT
Our website uses cookies and other similar technologies to improve our site and your online experience. By continuing to use our website you consent to cookies being used. Read our privacy policy here.