Former world heavyweight boxing champion David Haye is to open the world’s first Hayemaker Gym in the most prestigious square mile of real estate in the world.

The 33-year-old Briton gave What’s On a sneak peek of the state-of-the-art facility in Downtown Dubai, and revealed exactly why he’d chosen the Middle East as the location for his new venture.

He said: “I’ve been visiting Dubai for a number of years and have always been a fan of the Emirate. During my visits I was unable to find fitness facilities to the standard I’ve been used to in the UK, US and Europe but equally noticed the enthusiasm for sport and fitness among the community living here.

“Dubai is an ambitious city where anything is possible which represents a huge opportunity and makes it the ideal location for the first Hayemaker Gym.”

Later, he admitted he would keen to fight in the region, adding: “I would love to. It’s got the infrastructure, it has everything it needs to have a big fight. I will have to promote the fight myself. So after I fight Tyson Fury on 8 February, I can fight who I want when I want, I am a free agent and I can come and go as I please. So having a fight here is very doable and I would love to actually have a boxing match over here.

“If anyone’s been to any of my fights, they will know that there’s a lot of Hollywood stars, a lot of people from all over the world that come to my event because it’s not just a boxing match, its an event and I believe that hasn’t been done in the UAE. I would like to be the first to do that.”

The gym, which offers stunning views of the world’s tallest building, Burj Khalifa, will have a strong focus on education, as well as providing the latest in fitness technology, including one of the largest Hypoxic facilities in the world, and full-size boxing ring. Concept restaurant ‘Bench at Hayemaker’, serving natural, healthy food will also be on site.

Haye, who won the world heavyweight title in 2009 when he defeated giant Russian Nikolay Valuev, recently pulled out of his latest fight – an all-British showdown with Tyson Fury – after suffering a nasty gash to his head during training. He returns to the ring on February 8. 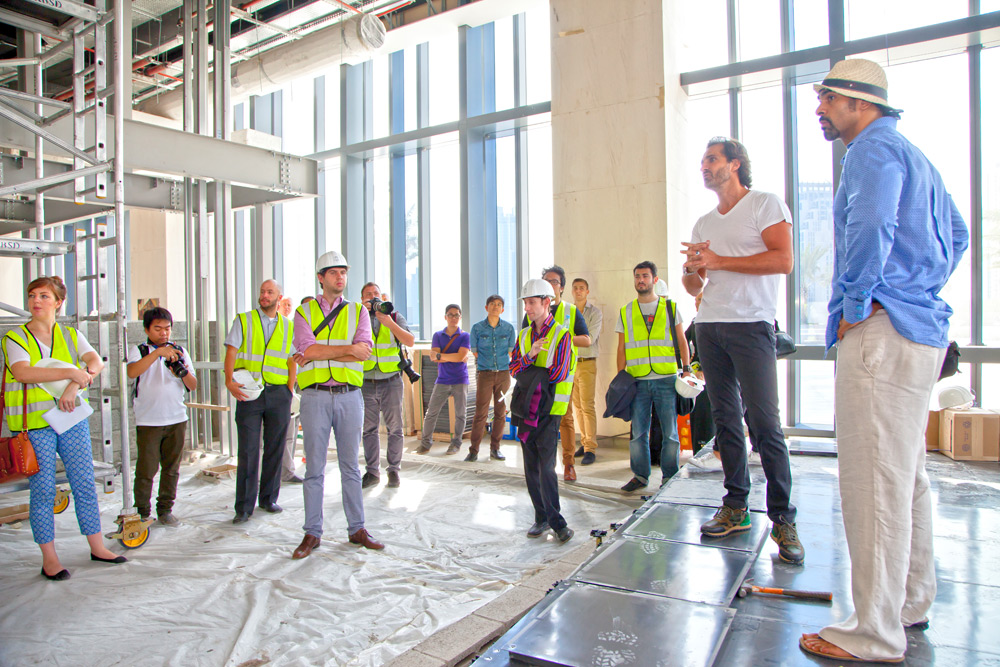 Sport & Fitness
EDITOR’S PICKS
Here's the full list of UAE public holidays in 2023
READ MORE
23 incredible things to look forward to in the UAE in 2023
READ MORE
Hidden gems: 10 UAE desert pop-ups to discover this winter
READ MORE
Where to travel in 2023: 10 new flight routes from the UAE
READ MORE
MOST POPULAR
W Abu Dhabi will host a second edition of its sustainable Looped In menu
The UAE law changes on marriage, divorce and child custody to know about from February 1
5 fabulous new Dubai hotels to check-in to
Pics of the week: Your best photos of the UAE
Dhow & Anchor has got you covered every day of the week
YOU SHOULD CHECK OUT
Our website uses cookies and other similar technologies to improve our site and your online experience. By continuing to use our website you consent to cookies being used. Read our privacy policy here.