35 years of What's On in Dubai

To celebrate our launch of our brand new website, we are showcasing the incredible change What’s On has witnessed over 35 years in Dubai.

‘A change is as good as a rest.’ It’s a motto tailor-made for Dubai as it continues it’s rapid growth into one of the world’s most important hubs. There’s been plenty of the former and little of the latter over half a century of hard graft.

But that’s all it is, of course, half a century, a mere grain of sand in the egg-timer of planet earth. Yet what a ride it has been. 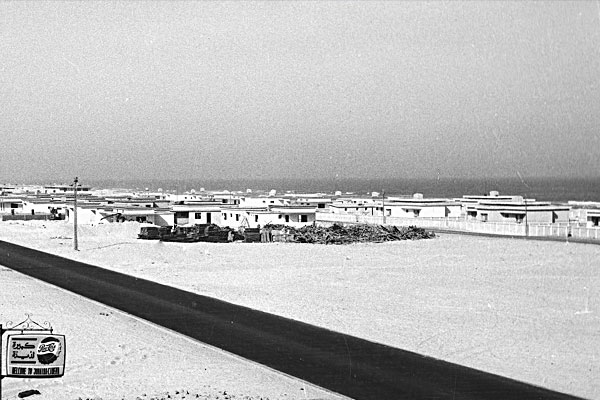 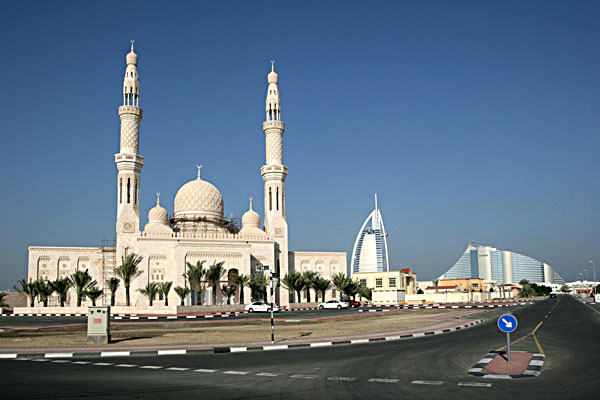 Jumeriah Beach Then & Now (images provided by dubaiasitusedtobe.com and Getty)
The discovery of commercial quantities of oil off the coast of Dubai in 1966 lit the touch paper for development, while the opening of the city’s first hotel, The Carlton (now The Riviera) laid the foundations for the thriving tourism market that booms today. That the Creek was then the place to be seen accentuates the shifts in the years since. 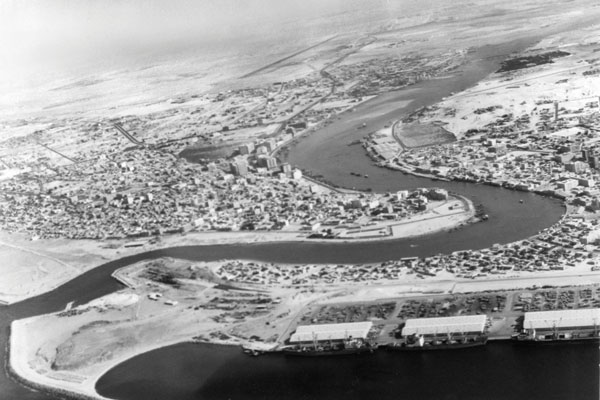 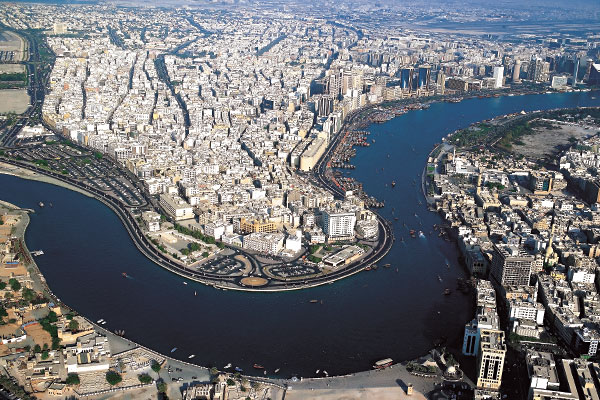 By the time 1979 came around – and What’s On had hit the shelves for the very first time – Satwa and Deira were a hive of activity, home to a vibrant restaurant, bar and country club scene. Within three years of issue one, 36 five-star hotels had opened. Places like the White Oryx pub, Captain’s Table at Dubai Marine Hotel and The Bistro near Al Nasr Square – forced to close after stricter alcohol licensing laws came to pass – were the Zuma, Mahiki, Blue Marlin of the time.

For all that, though, Sharjah, which was still licensed until the 1980s, more than matched the scene down the coast, attracting a core of Dubai residents to the likes of the Bangkok Cellar and the beachfront Carlton Hotel. 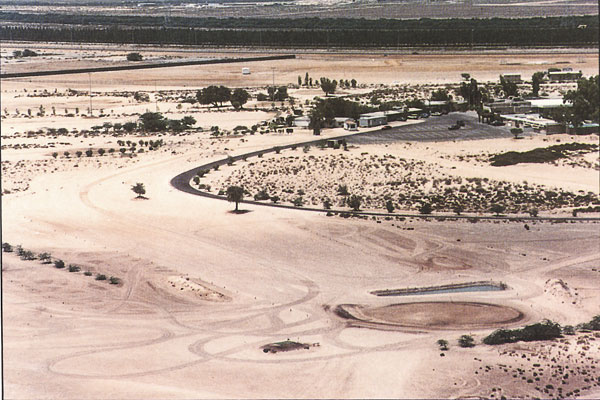 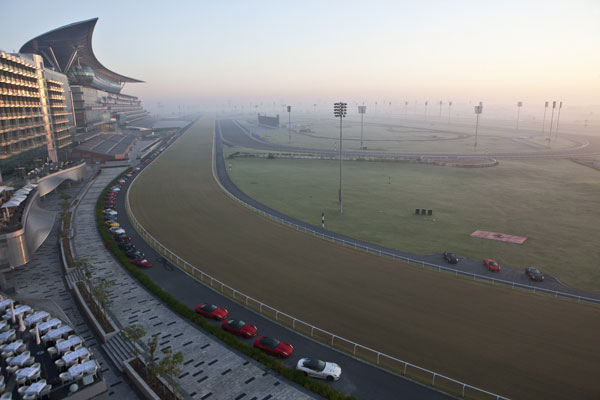 Meydan Then & Now. It was built on the site of the Dubai Country Club sand golf course (images provided by dubaiasitusedtobe.com and Getty)
Further north, Ras Al Khaimah was playing host to English football club, Southampton, in an early hint at the ‘escape to the sunshine’ view of the UAE held by sports stars the world over. By What’s On’s fifth anniversary Mohammed Ali and George Best were just two of the illustrious names to have spoken exclusively to the magazine while passing through.

In truth, the sheen of celebrity has wrapped itself around Dubai since the start, be it with 80s icons Cilla Black, Tina Turner, Status Quo, Ronnie Corbett and Tom Jones, or legendary actors Bruce Willis, Sylvester Stallone, Patrick Swayze and Wesley Snipes appearing together at the opening of Planet Hollywood in Wafi in 1998. Then there’s Pele, Spice Girls, even Queen Elizabeth II. In Sharjah, James Bond himself, Sean Connery opened the Marbella Club. While the landscape changed, it remained a place to be seen. 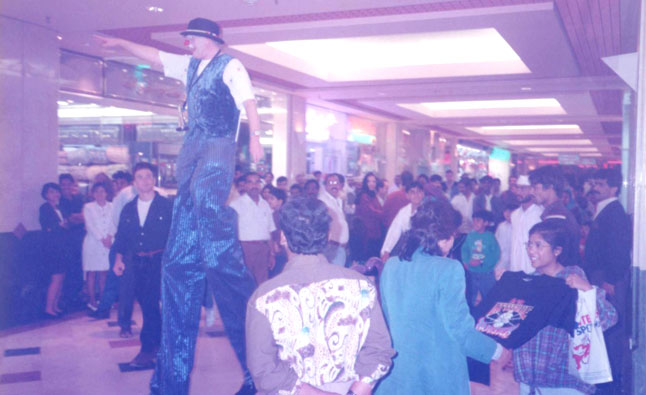 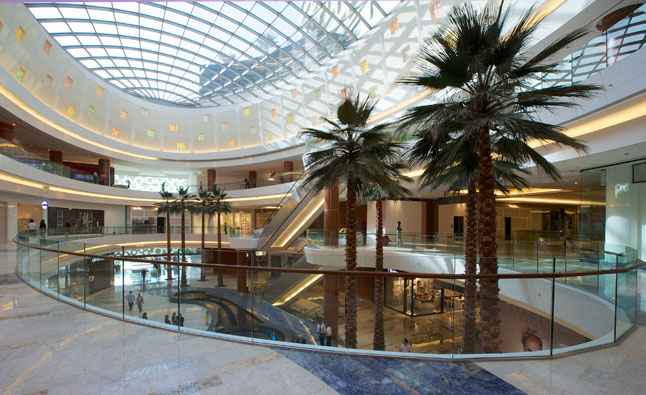 As What’s On founder Ian Fairservice says, ‘shopping wasn’t up to much back then’, with Diyafa Street (now ‘2nd of December Street) the Oxford Street of the time. Though the first mall to open – The Al Ghurair Centre, again in Deira – lacks the gloss and sparkle of the city-within-a-city centres we have today, it retains iconic status in the region. 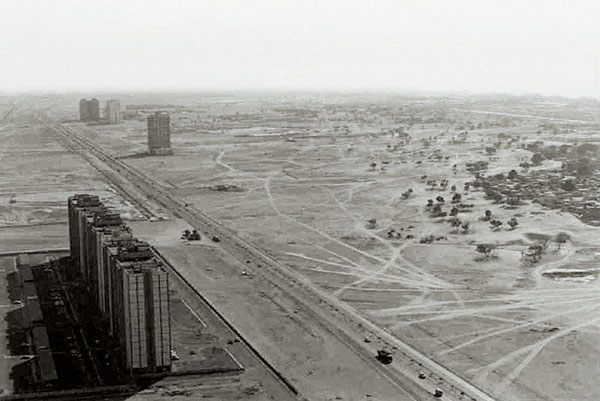 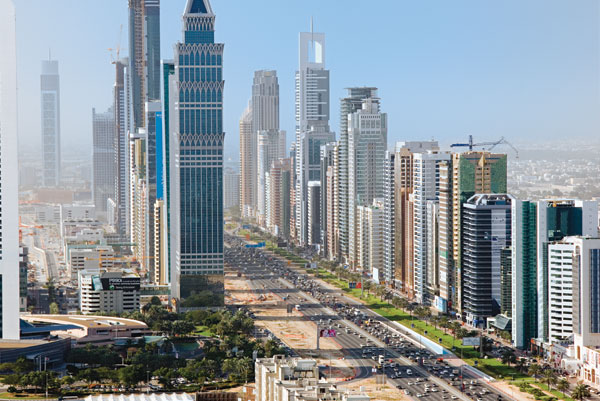 Infrastructure moved with the times as well, of course. The Sheikh Zayed Road as we know it today – all 14 lanes of it – was but a dusty trail cutting through the sand with little to admire en-route (no change there, then). Reaching Abu Dhabi was an adventure in itself.

Meanwhile the modern institution of ‘brunch’ was taking its first tentative steps in the form of the Friday buffet breakfast at the InterCon, which to this day retains much of its original charm.

Entertainment by the bucket load, then. But those setting up a new life in this progressive pocket of the planet had much to amuse themselves with in the absence of superstars. What’s On, for example, triumphed the DWSA water-ski club’s annual championships, and societies including the Dubai-Sharjah Morris Dancers, Theatre Club, Dubai Caledonian Society (which still exists for Scottish expats to this day), and Petroleum Wives Club (now expanded to the Dubai International Women’s Club), gave a sense of camaraderie to those here.

And it’s that which continues to pull in people from around the world now. The population has increased from a modest 275,000 in 1979 to the more than 2million who currently scurry between almost 500 skyscrapers (up from just one, Trade Centre).

Not one of them has any reason for being bored. They certainly don’t have an excuse to rest.