Many know him as Lister from sci-fi sitcom Red Dwarf, but in recent years, Craig Charles, the former performance poet from Liverpool, has honed his talents as a DJ – not just on air on BBC 6Music but in clubs and at festivals around the world, touring as the Craig Charles’ Funk And Soul Club.

We caught up with him ahead of his appearance at  Radisson Blu Hotel on Friday November 22. Well, we did before it was cancelled.

What are your earliest memories of music, and how much did growing up in Liverpool inform your taste? Watching my mum and dad dancing around the kitchen to Ray Charles. My dad arrived in Liverpool in the late 50s, with a pocket full of change and a bag full of records. I grew up listening to Nat King Cole, Paul Robeson, Otis Reading and Aretha Franklin. While the rest of Liverpool was listening to The Beatles, our house was jumping to a different beat.

How has the digital age changed the role of the crate-digging DJ? Yeah. A lot of stuff goes straight to download and doesn’t make it to CD, never mind vinyl. Maybe I’m an old fart but I do prefer moving parts. It does mean you can store mountains of music on a tiny little stick, and if you had to carry that around in vinyl you’d have to hire a van. But vinyl is growing, with more sales this year than in the previous ten. There’s still a demand for nice, thick plastic.

What would your dream party look like? Who would be playing and where would it be held? Stevie Wonder, along with Charles Bradley, Pimps Of Joytime, Smoove And Turrell, with Eddie Pillar and Norman Jay on the decks. It’d be on a beach in Mauritius – with 5,000 bikini-clad babes getting a wiggle on. Pinch me! 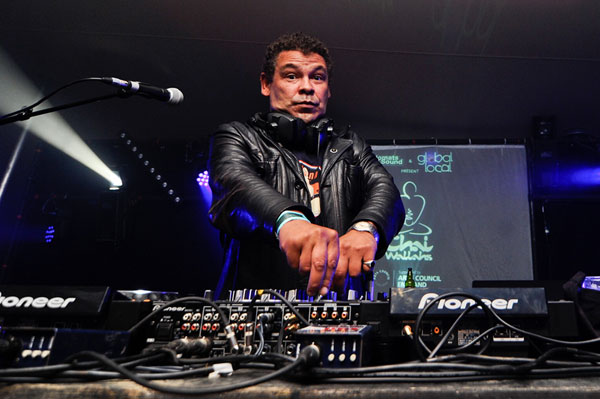 As a club DJ, how would you describe your technique? And what can people expect when they come to see you play? Wall-to-wall party-starters, thumpers and bangers. I’m technically inept. I can’t believe I get away with it, really. No one throws a party like Craig Charles’ Funk And Soul Club.

What music do you think Lister from Red Dwarf would be into? I reckon Lister likes Rastabilly Skank.

Clubs
Nightlife
EDITOR’S PICKS
Ain Dubai will open with fireworks, live music and a drone show
READ MORE
Incredible Aura SkyPool to open in Palm Tower this November
READ MORE
Brit Grand Slam hero Emma Raducanu confirmed for Mubadala Tennis
READ MORE
What’s On Nightlife Awards 2021: Here are the nominees...
READ MORE
MOST POPULAR
Celebrate creativity at City Walk during this three-weekend event
This Heinz Beck brunch at Waldorf Astoria just got an upgrade
10 brilliant things to do in Abu Dhabi this long weekend: Oct 21 to 23
Experience Arabesque elegance at Asil's Saturday lunch
If there's one place to be this Halloween, it's Warehouse
YOU SHOULD CHECK OUT
Our website uses cookies and other similar technologies to improve our site and your online experience. By continuing to use our website you consent to cookies being used. Read our privacy policy here.