Mike Tyson, the former heavyweight champion of the world, is bringing his sell-out stage show about his troubled life, Mike Tyson: Undisputed Truth, to Dubai. Already a massive hit on Broadway and Las Vegas, Iron Mike opens up about the numerous ups and downs in his life: his difficult upbringing, his relationships, his time in prison for rape and his boxing career, which saw him rule the ring in the late 1980s and 1990s.

Can you try to explain who you are on stage? I try to be objective and not be Mike Tyson on stage, but an actor acting like Mike Tyson. I’m a human being, there’s no way I can do my show and be open and emotionally natural if I’m forcing myself to do that. I have to look at it like I’m not actually Mike Tyson but an actor doing Mike Tyson.

The show has been such a massive success in America… Thanks, but don’t get too carried away. I’m no Charles Manson but I’m no Mother Theresa either. Don’t be so quick to understand me. Don’t get too close because you should be careful so I don’t bite you. I did it before and I’ll do it again. 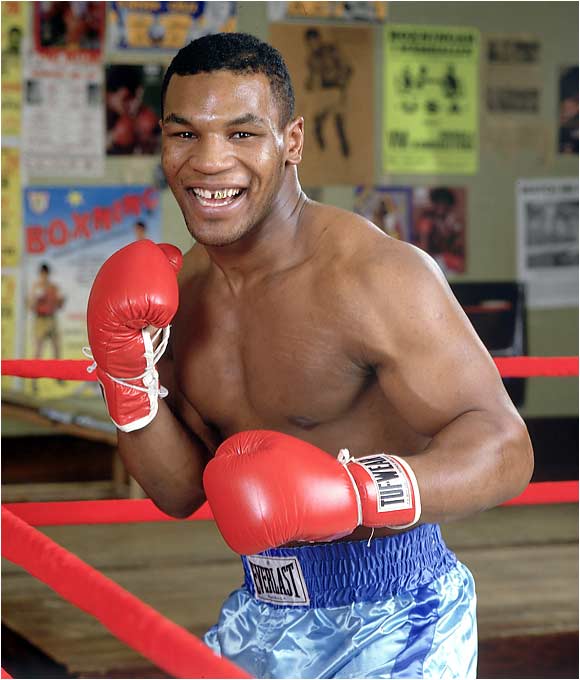 What do you regret the most? I don’t have many regrets. If I changed anything I wouldn’t have this life and this life is pretty awesome. There aren’t many regrets I have in life. Not many. I wish I was a better father, but that comes with me being the father that I am now.

Were you nervous the first time you performed the show on stage? Absolutely. It’s just like I’m fighting, I want to knock out everyone in the room… with my performance, of course.

Why do you think the show has been a hit? I don’t know. I want to think it’s because I’ve got special powers and I’m special, but it’s because people care. That’s the only reason I’m doing well, because people care. My friends always would help me when I was doing bad, but I had to help myself and see myself humbled. If you’re not humble in this world, the world will thrust humbleness upon you. That was the most amazing lesson I learned in life.

Why do you think people should see the show? Because it’s life on life’s terms. There was a lot about myself that I didn’t like, but now I know that I’ll never be able to change that and I accept that about myself.

Some might find this hard to watch. What do you say to those people? I’ve never asked them to give me a chance because that’s not something I can control. People have to go with how they feel. My job in life is not to change people’s feelings of perspectives. People do what they do and they can think what they want about who I am. I accept who I am and I like who I am. I feel very grateful to be here. I like life more than I did when I had tonnes of money. I’m sorry if anyone is ever disappointed in me. I’m the person I want to be.

Culture
Theatre
EDITOR’S PICKS
UAE holiday dates announced for Eid Al Adha
READ MORE
Emirates extends suspension of flights from India to UAE again
READ MORE
Coming soon: Everything we know about Ain Dubai so far
READ MORE
Khorfakkan set to open new tourist attraction 580 metres above sea level
READ MORE
MOST POPULAR
6 brilliant hair and beauty deals in Dubai salons right now
There's an epic 2-for-1 deal on this new Abu Dhabi brunch
The next Regional Artist Spotlight rising star is: Moh Flow
Myrra by Opa launches Greek and Spanish Saturday brunch
Stargaze at night from Palm Jumeirah's sky-high observation deck
YOU SHOULD CHECK OUT
Our website uses cookies and other similar technologies to improve our site and your online experience. By continuing to use our website you consent to cookies being used. Read our privacy policy here.