Custodian Of Vacancy: The Iranian Embassy In The USA
There is something about a deserted building that resonates. As a relic of the time it was last occupied, it not only tells a secret history but speaks to us, visitors from the future, of what was lost and what could have been. American-Iranian artist Eric Parnes’ photographic peek through the keyhole of the disused Embassy of Iran in Washington, DC, does just that. Closed since the fall of the Shah and the US Embassy hostage crisis in 1979, it weaves a tale, not just of other times and forgotten histories but, had things gone differently, ‘other’ histories altogether. Spine-tingling stuff.
December 16 to January 30 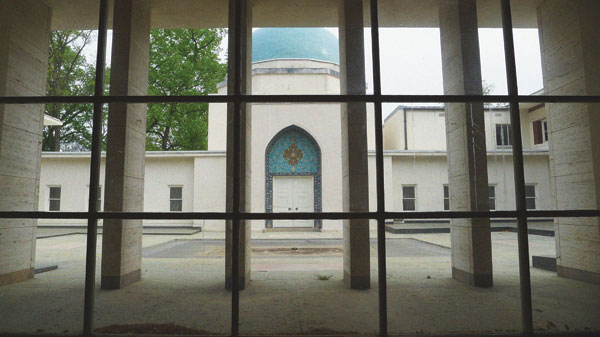 Approaching Entropy
Hassan Sharif returned to his native Dubai in 1973 after studying and practising art in London, where he had become fascinated with Europe’s burgeoning conceptual art scene. As such, it can probably be argued that he was the region’s first truly contemporary artist. That would be reason enough to visit this solo show. That he’s still tirelessly committed to exploring matter and meaning today, however, creating an interesting body of new work, makes this more than a curiosity.
Until January 2 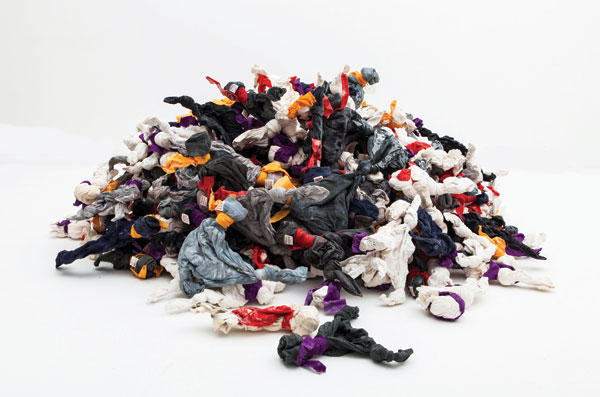 Statue Of Limitations
Punning on the legal term defining how long affected parties have to seek justice after an injury or crime, this group show rails against the lack of justice for things such as war crimes to cultural colonisation. It serves up, in its own words, “an anti-monument to human will”. From Nazgol Ansarinia’s take against state bureaucracy to Alessandro Balteo Yazbeck and Media Farzin’s look at the resonance of the Cold War, this is interesting, disquieting stuff.
Until January 4

Exhibition Of Recent Works
British-born, Paris-based artist Charlie Calder-Potts is fascinated by environment and the way we, as people, move through and relate to it. It’s this quality – and the fact that in many of her pieces she paints directly on to sheet metal – that helps gives her work a sense of ‘other’ over and above its travel-focused subject matter. This exhibition draws on recent travels through Georgia, Armenia and Eastern Turkey – ripe pickings for someone keen to explore the relationship between outsiders and the cultural and social landscapes in which they move.
Until January 4 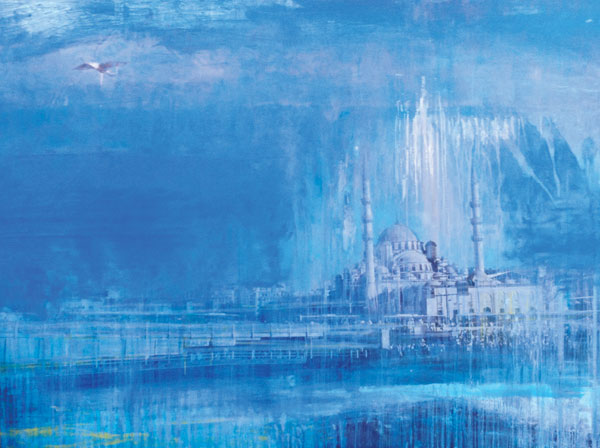 Chaos Into Clarity: Repossessing A Funktioning Utopia
As exhibition titles go, this is a contender for best of the year. An investigation into the aesthetic of funk, via the work of three artists of African origin: American textile artist Xenobia Bailey, Moroccan-born photographer and designer Hassan Hajjaj and British Trinidadian filmmaker and sculptor Zak Ove.
Until January 26 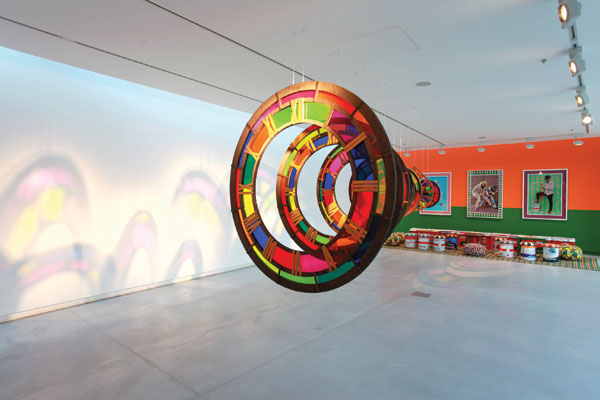 Art
Culture
News
Things to do
EDITOR’S PICKS
Ramadan in Dubai: 48 iftars to try
READ MORE
Where can Dubai residents travel? Check out these 14 destinations
READ MORE
Rumours, facts and reveals: New Abu Dhabi bars and restaurants
READ MORE
UAE announces reduced working hours for Ramadan 2021
READ MORE
MOST POPULAR
Abu Dhabi Police warns public not to fall for beggar tricks
Splash around with these summer deals at waterparks in Dubai
New vegan menus, desserts and restaurants in Dubai to try
Traffic between Dubai and Sharjah is set to drastically improve
A cool new steakhouse venue is coming soon to Dubai
YOU SHOULD CHECK OUT
Our website uses cookies and other similar technologies to improve our site and your online experience. By continuing to use our website you consent to cookies being used. Read our privacy policy here.