Been inspired by the Sevens? Then try rugby without the rucks

The UAE Corporate Rugby 7s has gone all touchy feely and has been reborn as a touch rugby tournament for men and women.

Hear the word ‘rugby’ and a certain image springs to mind: beefy six footers with beards and thighs like tree trunks. While many who have entered the UAE Corporate Rugby 7s in previous years will have fallen into this category, the 2014 players look likely to be a more diverse bunch.

Renamed the UAE Corporate Touch 6s, the format has been switched from conventional contact rugby to touch rugby. A less aggressive version of the sport, touch still involves all the passing, catching and evasion skills of traditional rugby union – just minus those brutal tackles. The change means the tournament is open to mixed teams for the first time, and players of all abilities and fitness levels are being encouraged to sign up. The event is on March 8 next year, and organisers begin coaching clinics for teams who want to take part in January.

“A lot of people think rugby’s not for them because they assume they’re going to get smashed up in a tackle, but with touch rugby, the tackling is removed,” he says. “The sport requires a lot more running – typically a player might run 5km or 6km during a match – and more communication with the rest of your team, because you can’t simply run through your opponents to score a try yourself.”

BEGINNER’S GUIDE
– Team size: six, plus six rolling substitutes.
– Instead of tackling, players defend their try line by touching an attacking player in possession of the ball.
– Play stops when a touch is made. The attacking player must place the ball between his/her feet for a team-mate to retrieve.
– Meanwhile, the defence must retreat 5m from where the touch was made. Each team has the chance to play the ball five times before. On the sixth touch, they must hand it over to their opponents. 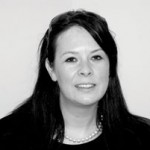 MEET A PLAYER – Touch rugby novice Joanne Tyrrell, 38, will be playing for her firm
“The tournament in March will be my first time playing touch rugby, although I’ve watched it before, and some of my girlfriends back home in Ireland play it. It gets you super fit because there is so much running back and forth involved, it’s like interval training. There are six girls on our team. In addition to running and weights we’ll be doing touch rugby training once a week up until Christmas, and then stepping it up to twice a week after that. If you’re going to do something, you might as well do it properly and aim to win.”

News
Sport & Fitness
EDITOR’S PICKS
Here's the full list of UAE public holidays in 2023
READ MORE
23 incredible things to look forward to in the UAE in 2023
READ MORE
Hidden gems: 10 UAE desert pop-ups to discover this winter
READ MORE
Where to travel in 2023: 10 new flight routes from the UAE
READ MORE
MOST POPULAR
26 of Dubai's best beachfront restaurants
8 wonderful things to do in Dubai this week: Feb 6 to 9
Where to go to get your Al Baik fix in the UAE
Reset and recharge with a relaxing staycation at this stunning Dubai hotel
The most expensive apartment in Dubai just sold for Dhs410 million
YOU SHOULD CHECK OUT
Our website uses cookies and other similar technologies to improve our site and your online experience. By continuing to use our website you consent to cookies being used. Read our privacy policy here.