Confrontational, provocative, vibrant. The Prodigy – in music, in style, in deed – have been a clarion call for the rave generation. If The Chemical Brothers were the Beatles of their era, The Prodigy were the Rolling Stones – the bad boys of dance. The Prodigy helped to reshape music as we know it. And today they’re still out on the frontline. Led by the sonic genius of Liam Howlett, and complemented by the maverick Keith Flint and the brooding figure of Maxim, The Prodigy remain a spellbinding proposition, worthy of all those ‘bands you must see before you die’ accolades and still showing the youngsters a thing or two.

What a ride their 20-plus-year career has been, from the ordinary Essex commuter town of Braintree to global domination. Liam Howlett is the lynchpin. His first musical love was hip hop. Using the musical chops he garnered through eight years of piano lessons, he began DJing with and writing for a rap collective in Chelmsford. When that went nowhere the revelatory sounds of acid house proved just the ticket. He began DJing and also to concoct music of his own.

After witnessing Liam DJing one night Keith Flint and Leeroy Thornhill approached him asking for a tape. Unbeknown to them, Liam put some of his own compositions on side two. They listened to the tape and were floored. They improvised a routine to Howlett’s music, and suggested that they be allowed to dance onstage when he performed. He agreed and the rest is musical history.

“The firestarter is in him. There’s something locked deep and dark inside Keith that drives him forward” – Liam on his bandmate

The Prodigy’s first gig came in 1991 at Club Labyrinth in London. By now, Liam’s music had found its way to the record companies and XL snapped up the band. Their first single, Charly, became a bona fide rave sensation. Built around a sample from the government’s public information films, Charley Says, Charly tapped into the kiddie toytown rave anthems that were everywhere at the time, such as Urban Hype’s A Trip To Trumpton, Smart E’s Sesame’s Treet and Shaft’s Roobarb And Custard.

Although they had the hardcore credentials, the band was veering very closely to novelty status. During one particular gig Liam made a decision. “We were in Scotland one night in early 1993, kids having it with glowsticks and stuff, and I thought, ‘Screw this, this has been and gone, I’m not into it any more.’”

The Prodigy were about to be reborn and the result was the astounding Music For The Jilted Generation. This was denser, angrier and more explosive and it wasn’t just aimed at ravers. It was aimed at everyone. The critics lapped it up. It knocked Ace Of Base from the top of the album charts and was nominated for that year’s Mercury Music Prize, inexplicably losing out to M People’s Elegant Slumming. 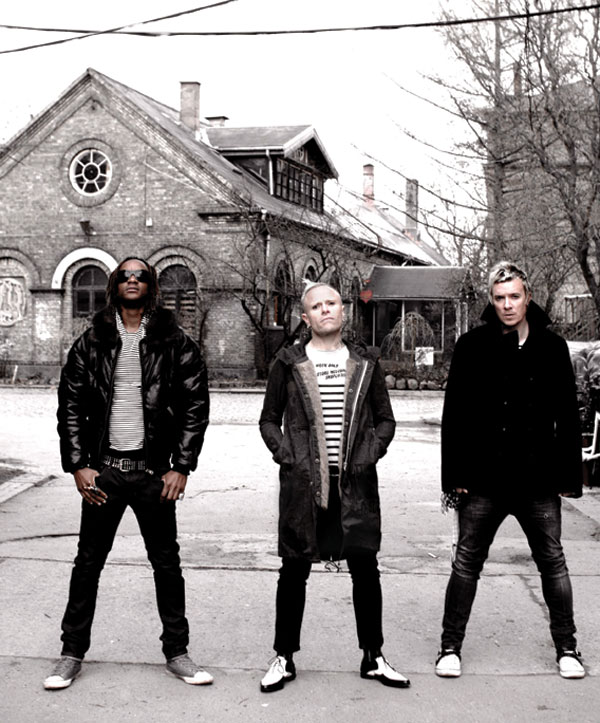 Their performance on the Second Stage at Glastonbury confirmed their position in the new musical firmament. They were up there with The Chemical Brothers, Underworld, Leftfield and Orbital in taking electronic dance music to the masses. Incredibly, Liam Howlett was still only 23. After touring the Jilted Generation album for nearly two years, the foursome played their trump card: Keith Flint.

When he appeared in a dark underground tunnel snarling like a pit bull in an American stars and stripes jumper in the Firestarter video, the reaction was instant. Forget Johnny Rotten, this was punk dance at its most malevolent. A moral panic ensued. Presenter Chris Evans refused to play it on UK station BBC Radio 1. Questions were asked in Parliament. The follow up single, Breathe, also reached No 1 in the UK, as did their third album, The Fat Of The Land. It topped the album charts in another 21 countries, including America, and confirmed that The Prodigy were officially a big deal. 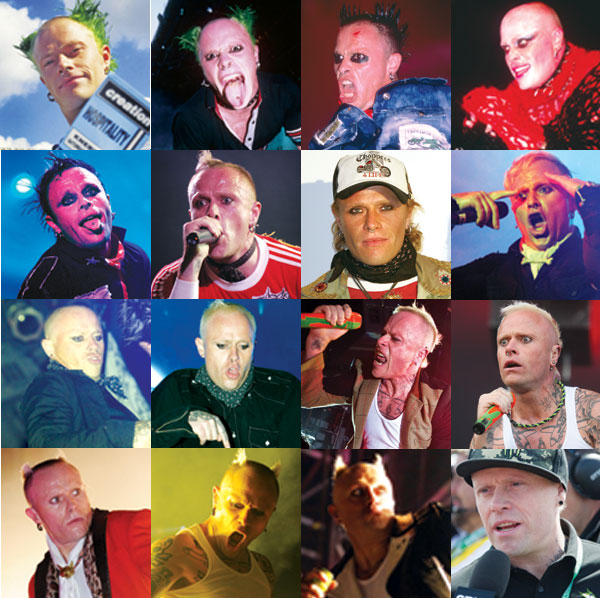 The release of The Fat Of The Land brought fresh controversy when they released the album’s first track, Smack My Bitch Up, as a single. Critics claimed it was misogynistic and they even ran into a war of words with The Beastie Boys at the Reading Festival in 1998, who argued that The Prodigy shouldn’t play the song because it was disrespectful to victims of domestic abuse. But still they couldn’t be knocked from their stride. Indeed, it took one of their own to do that.

In 1999, Leeroy suddenly left the band citing personal problems. The band’s website mourned his departure by placing merely their logo on their website and the words: “We will be back.” It stayed there until 2002. That year, the slimmed down trio returned, singing about Rohypnol in Baby’s Got A Temper. On their fourth album, Always Outnumbered, Never Outgunned, Keith went missing, preferring to work on his solo project.

They came back together in 2006, following the release of a singles collection. Their fifth album, Invaders Must Die, was a return to form, raising the bar in a music scene that by now featured acts – Justice, Pendulum, Chase & Status and Boys Noize, for instance – who were clearly inspired by what the band had accomplished a decade previously. And that’s where The Prodigy are today. Still fighting off those that would see them fail, still performing for a jilted generation and still starting fires.

To read more from the guys, check out this week’s Hype, which hits the shelves on Wednesday.

News
Nightlife
Things to do
EDITOR’S PICKS
Bla Bla: Dubai's huge new beach club is set to open this Thursday
READ MORE
16 of the best beach bars in Dubai for sundowners
READ MORE
Watch: A look inside Conor McGregor's Dhs20,000 per night Dubai villa
READ MORE
Where to get the Covid-19 vaccine in Dubai, Abu Dhabi and across the UAE
READ MORE
MOST POPULAR
Need a few laughs? These comedians are coming to Dubai in February
Is David Guetta going to perform in Dubai? It looks like it...
Amazonico Dubai launches new brunch and rooftop after-party
A stunning bright pink lake has been discovered in the UAE
Review: Goldfish Sushi & Yakitori, Dubai
YOU SHOULD CHECK OUT
Our website uses cookies and other similar technologies to improve our site and your online experience. By continuing to use our website you consent to cookies being used. Read our privacy policy here.