There's more to watching movies than the mall multi-screens

It’s award season in Hollywood, with the Golden Globes having set the tone for March’s Oscars; film is very much at the forefront of all our thoughts. But what if you’ve had your fill of mall multi-screens? Well, for those of you who like you cinemas with a little more sophistication and style, here are some off the beaten track screens.

CINEMATHEQUE OF BASTAKIYA
Despite the unwieldy name, this open-air film programme in Al Fahidi includes some great movies. The setting is a candlelit courtyard within the XVA Art Hotel, a boutique property. In the absence of a permanent art house cinema in Dubai, Cinémathèque of Bastakiya aims to fill the gap with an eclectic selection of films from around the world. That might be a Hitchcock thriller one week, Batman the next.

Inspiration for the programme comes from Cinémathèque Française in Paris, home to one of the world’s largest archives of films, movie documents and cinema artefacts. At this eastern incarnation, expect a regular Wednesday night screening with an introduction to the film and a brief discussion afterwards led by curator Mariam de Ricaud. A short interval in the middle of the film lets you grab a bite at the on-site café. Each month follows a new theme, and all the films are judged to have some relevance to the history of cinema. Future themes might include silent cinema, Nouvelle Vague and Ingmar Bergman. 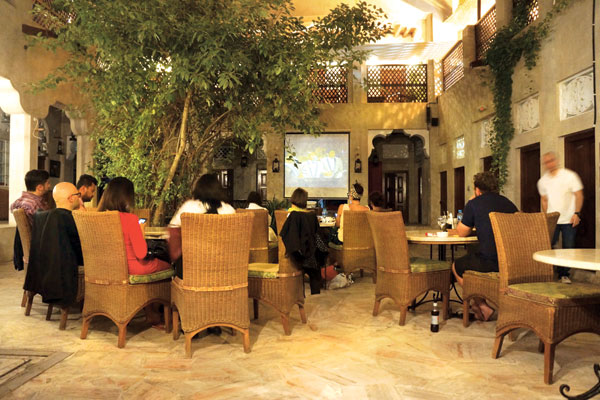 THE SCENE CLUB
Every month, this non-profit film club shows an independent film in Dubai Knowledge Village, followed by a Q&A session with a member of the cast and/or crew. The films cover a range of genres and nationalities and, thanks to support from DIFF, The Scene Club is able to show films uncensored.

Emirati filmmaker Nayla Al Khaja founded the club in 2007 with the aim of building an independent cinema community in the UAE, and it now has close to 7,000 members. Recent guests at screenings include actors James Floyd (My Brother The Devil) and Hamid Djavdan (The Patience Stone), and directors Aureliano Amadei (20 Cigarettes), Kadija Leclere (Bag Of Flour) and Haider Rashid (It’s About To Rain and Silence). The Scene Club is managed by Nayla’s production company D-Seven Motion Pictures, which saw her become the UAE’s first female film producer. Films are announced at short notice so join the mailing list at sceneclub.com for updates. Screenings are free, but advance online booking is advisable. 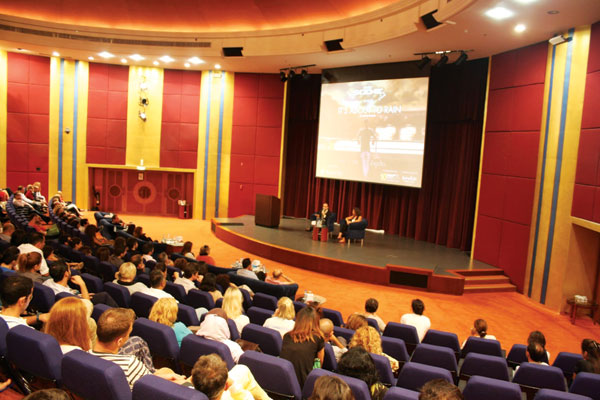 MOVIES UNDER THE STARS
Sink into a giant beanbag with a box of popcorn or a hotdog, and watch a Hollywood movie in the cool of the night. It can only mean one thing – Movies Under The Stars is back at Pyramids at Wafi. This well-loved film night makes the best of the winter weather, with a free movie screened open air every Sunday in the Rooftop Gardens. 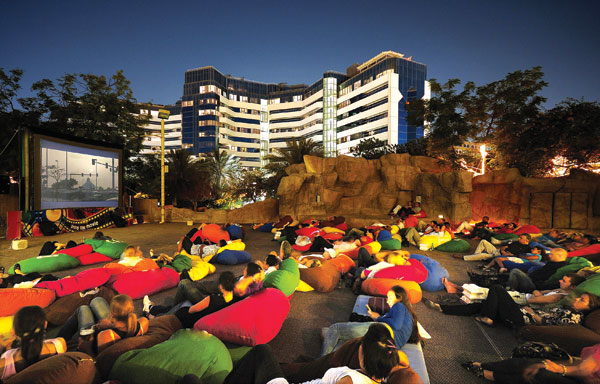 AND ONE TO LOOK OUT FOR…
The Reform Social & Grill in The Lakes will launch their own alfresco movie nights in February. Weekly screenings for adults and kids – from cult British classics to romantic comedies – will be played on a giant screen on the grass by the water’s edge, with beanbags, picnic blankets and outdoor lounge seating provided. Additional food and drink, including homemade popcorn and a seasonal jugs of Pimms will be available.

Culture
Film
News
Things to do
EDITOR’S PICKS
Here's the full list of UAE public holidays in 2023
READ MORE
23 incredible things to look forward to in the UAE in 2023
READ MORE
Hidden gems: 10 UAE desert pop-ups to discover this winter
READ MORE
Where to travel in 2023: 10 new flight routes from the UAE
READ MORE
MOST POPULAR
The best new breakfast spots to try in Dubai
Inject some culture into February with 14 cool exhibitions in Dubai
Plans unveiled for a scenic new 93km cycle highway in Dubai
A free full moon beach party is happening in Dubai this weekend
42 parks with outdoor barbecue facilities in Abu Dhabi
YOU SHOULD CHECK OUT
Our website uses cookies and other similar technologies to improve our site and your online experience. By continuing to use our website you consent to cookies being used. Read our privacy policy here.