When the dust has settled on the festive season and the work routine starts again, there’s nothing like a laugh to keep your spirits up. Punchline Comedy Club is just the tonic, returning this month with comedians Jonny Awsum, Alex Boardman and Phil Butler.

Guitar-wielding Awsum is a regular at British haunts Jongleurs, The Glee Club and the Comedy Store, and also tours internationally with his loveable, feel-good persona. Boardman’s mix of wit and charm lets him spin a yarn that takes us wherever his fancy decides. The Mancunian hit the comedy scene in 1998 and he’s since performed extensively with UK comic John Bishop. Butler takes a more physical approach to comedy and his CV includes performing for troops in war zones – he even has a medal to prove it. 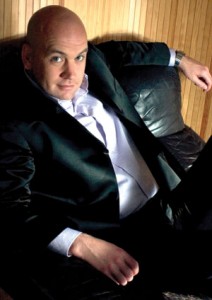 PHIL BUTLER
Where does your inspiration come from? Comedians like Tommy Cooper and movies such as Airplane. They both have a similar sense of humour and the timing is amazing. I can watch them again and again, and they still make me laugh.

Which comedian would you most like to get stuck in a lift with? Gina Yashere. She was a lift engineer before she was a comedian, so I reckon she’d be able to get us out.

Funniest TV programme ever? Arrested Development. They only made a few seasons and cancelled it far too soon.

Favourite one-liner? “The firemen want more money, don’t they? But a pole was taken, and they all fell through a hole in the floor.” (Milton Jones).

Who makes you laugh most? Joe Pasquale. I saw him live many years ago and my stomach muscles and cheeks had the biggest workout of their lives.

What is the secret of good comedy? Timing. 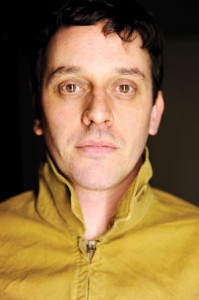 ALEX BOARDMAN
Where does your inspiration come from? I mainly steal from other acts.

Which comedian would you most like to get stuck in a lift with? Harry Hill or Paul Sinha. They are both doctors and could hopefully stop me passing out.

Funniest TV programme ever? The Simpsons.

Favourite one-liner? “A mate of mine has a dog called Nigel. Talk about giving a dog a bad name.” (Hovis Presley)

Who makes you laugh most? Sean Lock is always hilarious.

What is the secret of good comedy? Be in the room and in the moment. Don’t phone it in. 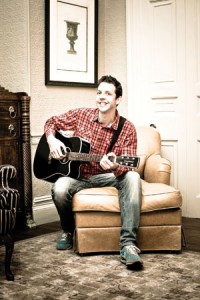 JONNY AWSUM
Where does your inspiration come from? Everyday life and experiences. The good, the bad and the embarrassing. I get a kick out of material that the audience can get on board with. I feel it gives the subject momentum and the laughs get bigger when the audience can relate to it.

Which comedian would you most like to get stuck in a lift with? I think it would be important to stay calm so I’d choose Reginald D Hunter. There’s no one cooler than Reg. Plus, I think he’d have a good bass voice so we could sing some tunes as we waited to be saved.

Funniest TV show ever? Only Fools And Horses. I grew up watching it and it still makes me howl. That show had such amazing characters and storylines.

Funniest film ever? I’d vote for This Is Spinal Tap. It’s impossible not to love that film if you like rock bands and the ridiculousness that can come from that world. I was actually in a band for years so I’ve experienced lots of the silly stuff that the film pokes fun at.

Favourite one-liner? When someone asks me, “Is that your real name?” And I reply, “No, actually, it’s Jonathan.”

Who makes you laugh most? My friend Chris. He leaves me phone messages at all hours and they are always insane and very funny. He also does a great polar bear impression.

What is the secret of good comedy? Your frame of mind and the material. If you have worked hard on your stuff and you are comfortable on stage you should be OK.

Culture
News
Theatre
Things to do
EDITOR’S PICKS
What’s On Nightlife Awards 2021: Here are the nominees...
READ MORE
It's back! What's On Lock In returns to Media One Hotel
READ MORE
Arts and culture: 5 spots we can't wait to visit at Expo 2020 Dubai
READ MORE
UAE petrol prices are set to decrease in September 2021
READ MORE
MOST POPULAR
Movie review: How good is new sci-fi epic, Dune?
Pics of the week: Your best photos of the UAE
A stylish new Southern-European Neo Bistro is opening in Dubai
Staycation at this stunning hotel which is now dog-friendly
Get an Expo 2020 Dubai monthly pass for Dhs95 valid for the whole of October
YOU SHOULD CHECK OUT
Our website uses cookies and other similar technologies to improve our site and your online experience. By continuing to use our website you consent to cookies being used. Read our privacy policy here.