The best of the Rolling Stones - pictures, videos, tracks and quotes

Mick Jagger and Keith Richards are the heart and soul of the Rolling Stones. We’ve crunched the numbers on these record-breaking rockestars, which you can read all about right here.

And here, ahead of their Abu Dhabi gig, they let rip on rock ‘n’ roll, life, and being old… 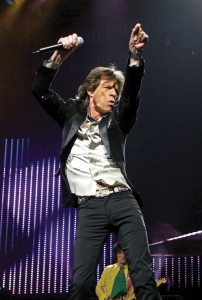 MICK
“I must be careful not to get trapped in the past. The past is a great place and I don’t want to erase it or to regret it, but I don’t want to be its prisoner either.”

“It’s all right letting yourself go, as long as you can get yourself back.”

“Anything worth doing is worth overdoing. Anarchy is the only slight glimmer of hope.”

“Lose your dreams and you might lose your mind.”

“I believe we should encourage children to sing and play instruments from an early age.”

“I came into music just because I wanted the bread. It’s true. I looked around and this seemed like the only way I was going to get the kind of bread I wanted.”

“The elusive nature of love – it can be such a fleeting thing. You see it there and it’s just fluttering and it’s gone.”

“My secrets must be poetic to be believable.”

“I got nasty habits; I take tea at three.” 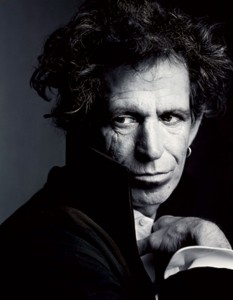 KEITH
“Everyone talks about rock these days; the problem is they forget about the roll. Anybody can rock, but the roll – that’s another thing.”

“If you don’t know the blues, there’s no point in picking up the guitar and playing rock ‘n’ roll or any other form of popular music.”

“Some doctor told me I had six months to live and I went to their funeral.”

“If you’re going to kick authority in the teeth, you might as well use both feet.”

“Give me a guitar, give me a piano, give me a broom and string, I wouldn’t get bored anywhere.”

“You get on-stage and make other people feel happy.”

“This is the rock ‘n’ roll life, and you had to invent it as you went along. There was no textbook to say how you operate this machinery.”

“I’ve never had my hair cut by anybody, I do it all myself.”

News
Nightlife
Things to do
EDITOR’S PICKS
Here's the full list of UAE public holidays in 2023
READ MORE
23 incredible things to look forward to in the UAE in 2023
READ MORE
Hidden gems: 10 UAE desert pop-ups to discover this winter
READ MORE
Where to travel in 2023: 10 new flight routes from the UAE
READ MORE
MOST POPULAR
The best new breakfast spots to try in Dubai
Inject some culture into February with 14 cool exhibitions in Dubai
Plans unveiled for a scenic new 93km cycle highway in Dubai
A free full moon beach party is happening in Dubai this weekend
42 parks with outdoor barbecue facilities in Abu Dhabi
YOU SHOULD CHECK OUT
Our website uses cookies and other similar technologies to improve our site and your online experience. By continuing to use our website you consent to cookies being used. Read our privacy policy here.