Yoga can be a daunting prospect for any beginner. As you toil to touch your toes, the sprightly young thing next to you is contorting their way into a suitcase with irritating ease. But can you fast-track yourself into the yoga elite with a crash course in the notoriously strenuous form of the ancient practice, bikram? We sent guest reporter Zahirah Variawa (right) to Rawr Yoga everyday for two weeks of bikram yoga in Dubai to find out. 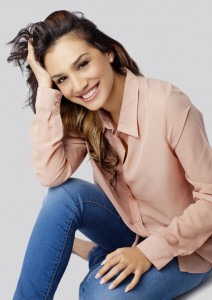 What is bikram yoga? It is a series of 26 postures and two breathing exercises practiced over 90 minutes in a studio of 40 degree temperatures and 40 per cent humidity. This form of yoga promotes sweating, allowing the body to detoxify, tone, strengthen and lengthen a variety of muscles in the body.

DAY ONE
I was extremely anxious and felt very self-confident about trying my hand at ‘hot yoga’. Having never attempted the practice before, my usual assuredness was shaken by the fact I simply had no real idea what to expect. As I suspect most beginners behave on day one, I cowered in the corner of the class, close to the door with the hope of grabbing any of the air that might slip under the door. After 90 minutes of pushing my body to places it hadn’t been before, I left feeling sweaty, but thinking it wasn’t that bad after all.

DAY TWO
Today’s class was late afternoon and somewhat more spacious. The instructor was both informative and, most importantly, engaged with the ‘newbies’, correcting posture and offering alternatives to ease into the practice. I struggled a bit with certain balance elements but felt more comfortable to stop, breathe and go at my own pace. I left feeling enlightened by the whole experience and found myself looking forward to tomorrow… and to the shower I so desperately needed.

DAY THREE
Always being rather, shall we say, ‘challenged’ on the flexibility front, I found myself today getting very frustrated about not achieving the postures as well as I should. However, I turned that frustration into a personal challenge. So sold have I been on the potential rewards of bikram yoga – yes, just three days of hard graft have been enjoyable enough to convert me – I decided that struggle no more would I to touch my toes. The class, and its focus on breathing and self, has promoted reaching a personal best over competing with the class.

DAY FOUR
Signs of detox are certainly showing. While there are many benefits to cleansing from the inside out, my body showed me its cleaning process with three less-than-welcome pimples on my face. Happy to see results though, I saw it in much the way I saw my muscle soreness; no pain, no gain.

DAY FIVE
Interest in my own personal challenge has ramped up in the last couple of days, with many people offering varying degrees of advice and tales of their own experience, from the intensity, to the heat and hydration. While all of it welcome, I wanted to form my own conclusions. For example, I found nothing to agree with those who said they felt nauseous. Knowing my own body, I planned my last food intake at least an hour before class and as a result felt settled and strong throughout. I also learned quickly that drinking in calculated quantities is important to avoid that heavy movement of liquid when bending in all sorts of ways.

DAY SIX (AND SEVEN!)
Right, lets crank this up a little! I took the morning and afternoon class today with a light meal in between. Fatigue was not really a factor during either class, however, I did feel the need to take the day very casually between sessions. My body feels quite firm, but not stiff. I definitely believe I’ve reached muscles in areas like my core and back of the legs that may have been skipped in other forms of exercise. I gulped down a box of coconut water straight after my sessions and I’m certainly appreciative of the advice to keep hydrated.

DAY EIGHT
VICTORY IS MINE! Today I touched my toes. Sitting flat on the mat in the penultimate posture, it finally happened. Goodbye old me, hello new, flexible, toe-touching me. Sure, I may have had to overlook the burning pull behind me knees, but with back bent over and knees flat, I had my toes within the grasp of my two fingers and thumb; this is an epic progression for my flexibility.

DAY NINE
For me, one of the most difficult aspects of bikram is the requirement to not think. My mind never stops! But, with the determination to achieve the postures correctly and push myself further and further into developing them, I’ve come to understand that concentration is the only tool to balance and align. I’ve worked out that focusing on my breathing, and where I inhale and exhale from within my body – no, not just nose and mouth! – helps clear my mind and maximize the hour and a half I spend in class.

DAY TEN
I woke up with a sore and slightly strained body. I had intended to do the morning class but with a body that felt a bit lead-like I settled for the afternoon. Hydration, hydration, hydration! And I wasn’t doing enough. I doubled up on my liquid intake (water mixed with hydrolytes, as I’m not a fan of water per say). In the earlier classes I thought the sweat lost was ‘amazing’… but by this stage you realize that to benefit from that stimulated process, the body needs to be replenished.

DAY ELEVEN
All this hard work is catching up with me. Spending over 16 hours over the last 11 days in a room of 40 degree temperatures and 40 per cent humidity, my face feels dry and tight. Not normally one for lengthy facial routines, I’ve started using a masque and moisturizer to regulate my skin. On my first application today, it felt as though I was applying after-sun cream to a sunburnt face. The ‘hot’ element of this yoga certainly does make you feel refreshed with skin that glows, but the number rule of hydration applies internally and externally.

DAY TWELVE
I tried the early morning class and loved stretching into the sunrise. I rolled my eyes when bikram yoga was sold to me with the ‘you’ll feel energized’ line, but I really felt powered up for the day after this morning’s practice.

DAY THIRTEEN
The one thing I’ve realized after my class today, is that while my results have exceeded expectation, continuing in this way, demands a fair bit of time in the day. To make a routine part of my lifestyle I would need to incorporate it in 2 -3 times in a week, mixed in with a regular gym program to avoid getting to used to the series. More options on the Rawr schedule will certainly help.

DAY FOURTEEN
Ah, the end. My body feels tight, and a little tender after its rigorous 14 sessions but with a sense of firmness underneath all of that. I definitely see tone that had developed, and after jumping on the scale the 60.7kg I started with has been reduced to 56.2kg. Four and a half kilos in two weeks! And that’s just the measurable achievement. My mind, too, has had a welcome boost, with a new found ability to sharpen my concentration levels.

Will I continue? Of course, just not daily. Like any ‘boot camp’, the two weeks at Rawr has been the spark required to kickstart a more manageable fitness plan to fit around my work and daily life. But fit and bend around it I will, no pun intended!

BEGINNERS HINTS AND TIPS
– It’s as much about the mind as it is the body. You have to decide to push through the class and then to return, as you cannot make a fair judgment of the practice after just one session.
– Choose a good studio. Rawr Yoga has a studio with a great view of Dubai, The Palm and Burj Al Arab which adds to the enjoyment. It is conveniently located and has a great atmosphere – particularly for newbies. The studio stocks and sells trendy yoga wear, and the bathroom facilities are fair for post practice freshening up if heading straight to work. You also don’t need to worry about mats and towels, or even water, as all are provided.
– The biggest obstacle is YOU. I was nervous, and a little uncomfortable about going to my first class but the teachers and practice environment eased that anxiety very quickly. It feels like only you and the teacher are in the room – very different to other group exercises.
– Listen to the advice given – hydrate skin and body, eat wisely, and push your body a little further each time and you will be surprised and how quickly postures develop.

Sport & Fitness
Workouts
EDITOR’S PICKS
Covid-19 rules in Dubai: all the updates you need to be aware of
READ MORE
9 royal-approved Dubai restaurants
READ MORE
16 of the best beach bars in Dubai for sundowners
READ MORE
Where to get the Covid-19 vaccine in Dubai, Abu Dhabi and across the UAE
READ MORE
MOST POPULAR
6 of the very best breakfast deals in Dubai
6 super things to do in Dubai this week: January 24 to 27
CZN Burak is opening a burger joint in Dubai
The highest outdoor lounge in Abu Dhabi, AT25 is relaunching this week
Bombay Borough will take you on a culinary journey across India
YOU SHOULD CHECK OUT
Our website uses cookies and other similar technologies to improve our site and your online experience. By continuing to use our website you consent to cookies being used. Read our privacy policy here.