Five galleries you simply cannot afford to miss this month

THE REPLACEMENT
In 2003, a storage container was discovered in an unknown location in the Middle East. Inside were reams of political campaign material from the 1980s, featuring an unknown man. An American art collector bought the pieces, but was forbidden from displaying it publicly. Until now. The collector enlisted the help of Iraqi-Canadian artist Mahmoud Obaidi, who has reinterpreted the propaganda in prints, silkscreen, sculpture and video art. Who is this noble figure asking for our love, our respect, our vote? 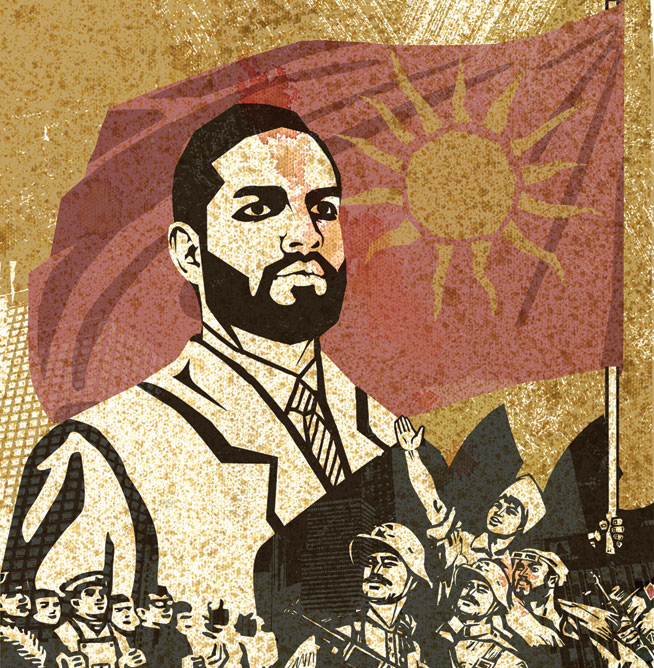 PTSD
Yes, the title of this exhibition does indeed refer to post-traumatic stress disorder, the devastating condition suffered by those who have been involved in warfare. It’s a nod by artist Shahpour Pouyan, not just to his continuing artistic investigation into ‘the enduring patriarchal structure of society in the Middle East’, but also to the use of his material of choice for this body of work – ceramics – and the role it plays in therapeutic counselling for those suffering from the condition. Less contrived than it might sound, this is in fact a quiet thoughtful meditation on some of the world’s ‘big’ subjects. Well worth a visit. 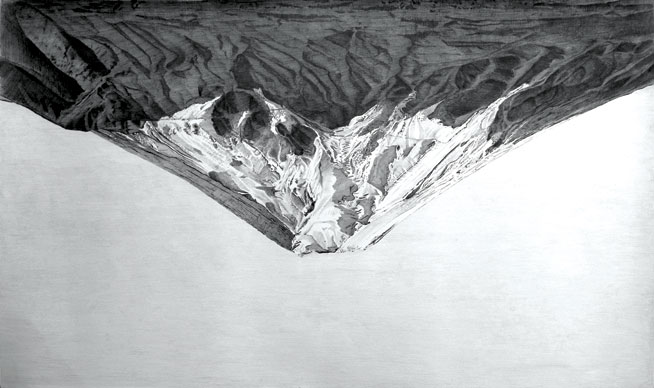 Luma – Art In Film
Following on from its innovative exhibition of sound art last year, Ductac’s aptly named Gallery Of Light is host to this intriguing collection of some of the art world’s finest moving image-makers. Featuring a rolling display of films from such luminaries as Man Ray and Hans Richter, there’s also a chance to catch Iranian filmmaker Rouzbeh Rashidi’s HSP: There Is No Escape From The Terrors Of The Mind.

Susan Hefuna: Another Place
What’s On has long been a fan of the work of Egyptian-German artist Susan Hefuna. If you’re yet to be familiar with it, this impressive solo show should ensure it’s not too long before you are too. Never one to be pinned down to one medium, this exhibition boasts sculpture, photographs, drawings, video and site-specific installations – all musing on Hefuna’s familiar themes of culture, place and self, as seen through the psycho-geometry of the mashrabiya screens that she has made her own. 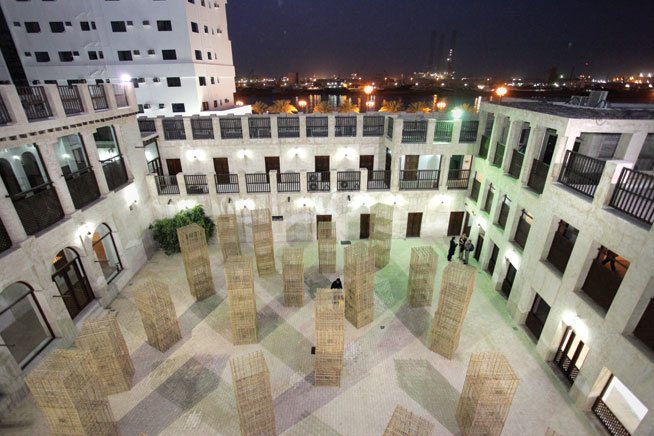 Andre Butzer
German artist Andre Butzer presents his second solo UAE show with a series of largely abstract, monochrome paintings – at first glance at least. As ever with Butzer, things are not that straightforward. What this apparent simplicity displays is in fact an abundance of colour and form so dense that this – flat surfaces of black and white – is all that’s left. To use a metaphor that alludes to the show’s outer-space theme: think ‘tiny’ black holes and the whole universes they contain. Fascinating.

Art
Culture
News
Things to do
EDITOR’S PICKS
Here's the full list of UAE public holidays in 2023
READ MORE
23 incredible things to look forward to in the UAE in 2023
READ MORE
Hidden gems: 10 UAE desert pop-ups to discover this winter
READ MORE
Where to travel in 2023: 10 new flight routes from the UAE
READ MORE
MOST POPULAR
26 of Dubai's best beachfront restaurants
8 wonderful things to do in Dubai this week: Feb 6 to 9
Where to go to get your Al Baik fix in the UAE
Reset and recharge with a relaxing staycation at this stunning Dubai hotel
The most expensive apartment in Dubai just sold for Dhs410 million
YOU SHOULD CHECK OUT
Our website uses cookies and other similar technologies to improve our site and your online experience. By continuing to use our website you consent to cookies being used. Read our privacy policy here.