After a successful launch event, History Of House Music roll back the years once again on Thursday. This time around, Russ Morgan and Paul Roberts from K-Klass dig through the crates for those hands-in-the-air anthems. With their own hits Rhythm Is A Mystery and Let Me Show You rightfully recognised as bona fide club masterpieces, Russ shares with our friends from Hype a few more classics close to his heart…

** YOU CAN WIN TICKETS AND A HOTEL STAY TO THE MAIN EVENT RIGHT HERE.

2. Joe Smooth, Promised Land
One of the best tracks ever from the golden age of early Chicago house. It still sounds as good today as it did when first released.

3. Fingers Inc, Can You Feel It
“In the beginning there was Jack, and Jack had a groove…” The lyrics say it all about house music.

4. K-Klass, Let Me Show You
We were inspired by listening to Tony Humphries DJing in Liverpool and we wrote this song a week later.

5. Romanthony, Hold On
A great soulful vocal from the late great Romanthony.

1. “One more tune.”
This was heard on most dancefoors from the late ’80s to late ’90s as people refused to go home at the end of the night.

2.“Have you got the track by… erm… I don’t know the name, but I can sing it for you.”
I’ve had this thrown at me so many times while DJing, and I love that people think you can understand drunk, out of tune singing when the music is blazing out.

3. “It’s all gone Pete Tong.”
Rhyming slang for “It’s all gone wrong”. Apparently, Pete Tong actually likes the saying, which was used by pretty much everyone in clubland in the UK at one point.

FIVE CLASSIC CLUB NIGHTS
1. The Haçienda, Manchester
Quite simply where it all began for K-Klass and many others. Second to none! 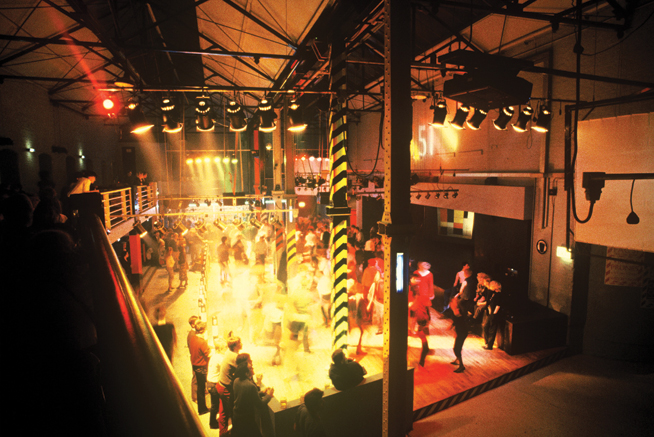 2. Thunderdome, Moston, Manchester
This club was only around for a short while, due to gang warfare in Manchester in the late ’80s and early ’90s, but it would attract all age ranges that just came to party.

3. Quadrant Park, Liverpool
A hands-in-the-air club from start to finish, where the right record being played could be made to feel like you’d just won the World Cup.

4. Cream, Liverpool
Started by our ex-manager, James Barton, we held a residency at Cream between 1996 and 1997. It’s arguably cited as the original superclub. 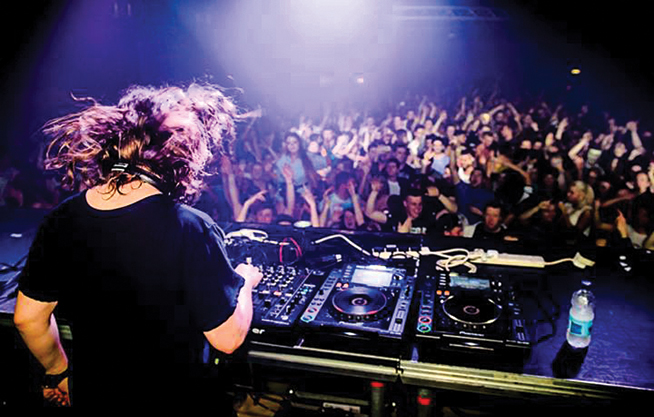 5. Streetrave, various locations in Scotland
We played one of our first live performances here in 1990 and it showed us that the Scottish could party harder than most.

1. Trax Records
The label that’s synonymous with introducing us to the likes of Marshall Jefferson and Frankie Knuckles.

2. Strictly Rhythm
A label that became so big people would buy their releases without even opening the shrink wrapping that would seal the sleeve.

3. DJ International
The other Chicago-based label that, along with Trax Records, gave the world house music.

Clubs
Nightlife
EDITOR’S PICKS
Here's the full list of UAE public holidays in 2023
READ MORE
23 incredible things to look forward to in the UAE in 2023
READ MORE
Hidden gems: 10 UAE desert pop-ups to discover this winter
READ MORE
Where to travel in 2023: 10 new flight routes from the UAE
READ MORE
MOST POPULAR
This beautifully-designed outdoor terrace is a must-visit this winter
A 50,000 year old comet will light up UAE skies this weekend
Treat your loved one to a spectacular evening at Billionaire Dubai
New date announced for Tom Odell's Dubai Opera performance
Ras Al Khaimah Fine Arts Festival returns this weekend
YOU SHOULD CHECK OUT
Our website uses cookies and other similar technologies to improve our site and your online experience. By continuing to use our website you consent to cookies being used. Read our privacy policy here.