What’s On celebrates Cinco de Mayo with a guide to being Mexican in Dubai – brunches, best restaurants, drink deals, classes, recipes and guides.

Mexicans around the world will unite on May 5 for the annual Cinco de Mayo Festival, a celebration of heritage and pride for the central American country. With it’s origins in the Mexican-American communities in the ‘Wild West’, it has been observed since the early years of the American Civil War.

BRUNCH
Where: Maya, Le Royal Méridien Beach Resort and Spa
Signing up for the Friday brunch at Maya not only gets you a delicious Mexican feast, chilled Mexican beer and zesty margaritas in a sleepy hacienda-style setting, but also all day beach and pool access at Le Royal Méridien hotel and a chillout soundtrack from a string of DJs. The action kicks off at 1pm. Wander from the beach or pool (no beach shorts allowed at brunch, so slip into a smarter pair of shorts before eating) and take your seat for starters of tortilla chips with salsa and guacamole, plus a simple quesadilla and nachos with big slices of jalapeño to get the appetite revved up. Next up was a superb salad with chili chipotle barbecue chicken that was so crispy, it verged on Chinese kung pao chicken. It’s a lazy, slow brunch so by the time the mixed grill arrived, the sun had started to dip. A sizzling platter of rib eye steak fajitas, lobster tail marinated in the South American spice achiote and tender lamb chops with mint sauce had our taste buds dancing. To finish, some delicious banana crêpes with caramelised milk and ice cream, which sent us merrily back to the beach for a post-brunch snooze in the sunshine. 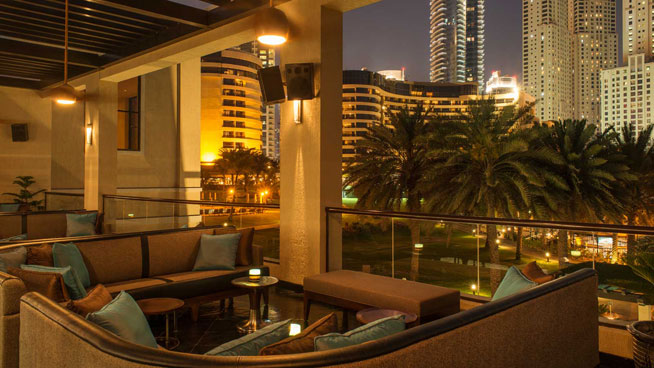 LUNCH
Where: Rosa Mexicano
If you find yourself in The Dubai Mall and feel the need for some quick and easy eating, the new Mexican import from New York, Rosa Mexicano, is worth a stop. The guacamole was excellent and can be made exactly how you want it. There’s a good selection of tacos to follow. The hamachi hard shell contained yellowtail tuna, turkey bacon and truffle oil, and was surprisingly rich. The fish taco, which featured in our 50 Best Things We’ve Eaten in last month’s issue, was a highlight. Close behind was the braised lamb taco with pistachio habanero purée and a tinge of mint. The flauta, a rolled up crispy chicken taco smothered in salsa, was fiery and filling. These were tasty, solid snacks, with plenty of flavour and sauce, ensuring sticky fingers and the need for lots of napkins. To finish, churros, sticks of hot fried doughnut shaken in a bag full of sugar, served with caramel, chocolate and strawberry sauces, was a nice Mexican touch, but again had that microwaved feel. Considering it’s a mall pit stop, Rosa Mexicano seemed a little pricey, with most main courses between Dhs80 and Dhs100. It’s good for families and children, and it’s a lively place with smiley staff. 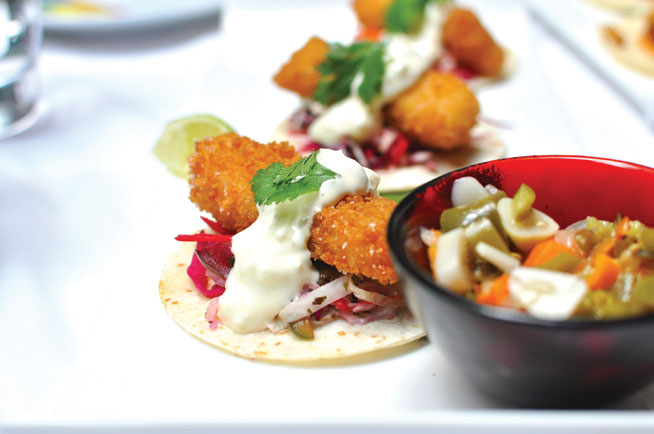 
SUNDOWNERS
Where: Maya, Le Royal Méridien Beach Resort and Spa
They may take place at the start of the week, but there is a definite party atmosphere at Maya’s Senorita Sundays. Girls should set up camp on the breezy upstairs terrace bar – great for watching the sunset – to enjoy their three free drinks. If the constantly circulating tortilla chips and dip whet your appetite, the fish tacos are highly recommended. 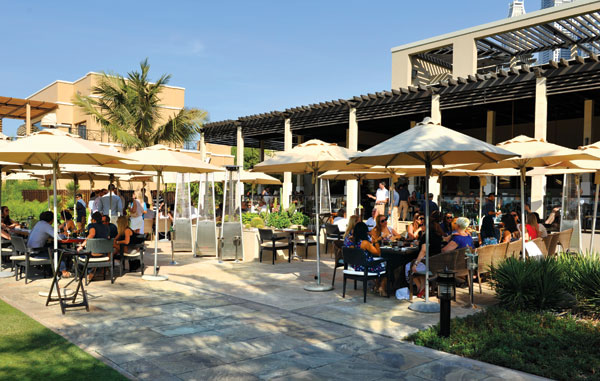 DINNER
Where: O-Cacti
Food-art is the name of the game at Mexican restaurant O Cacti, and the colourful dishes at this Pier 7 spot in the marina are certainly pretty as a picture. A perfect disc of lime-marinated ceviche was the star of the show, but a sizzling pan of wild mushrooms and cilantro was a little bland. The taco tray for two was another feast for the eyes, the fillings of duck, beef and chicken and condiments served in eight chunky cast-iron pots on a wooden platter. It came with a frying pan full of soft tortillas rather than the expected crisp corn shells. Call us crazy, but this felt like fajitas by another name, and the shrimps in the sharing dish failed to materialise – a pot of pineapple chunks came instead. The live band and marina location make O Cacti a great spot to kick off a weekend – and if it devotes more time to substance, it could be a hit. 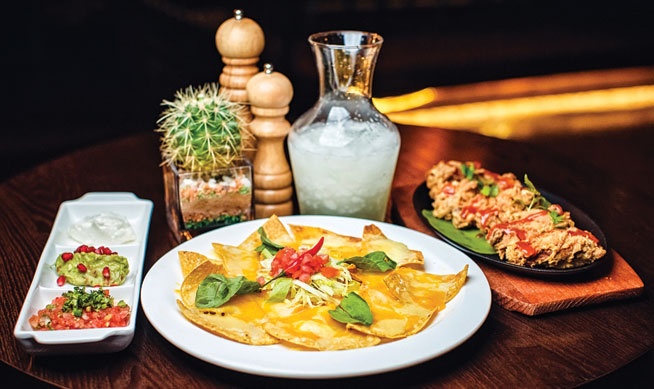 Where: Fuego
The team behind Fuego is quick to point out that the restaurant is most definitely not Tex-Mex. It is that most overused of words, “authentic”. The décor is certainly different than that of your average tacky guac and fajita joint. Fuego is an odd L shape, but the dark woods, mirrored walls and mix of sand and purple chairs create an inviting, if not very memorable, environment. The food, prepared by Mexico City chef Jose Manuel Puma, is also an improvement on the flavourless guacamole, microwaved rice, pale, scraggy beef and grim refried beans you find at most fast food places. The food is well above average, but its location, the DJ (not on duty when we visited) and the well stocked bar, manned by a barman who likes to experiment with his own tequila infusions and huge cocktails served in Mason jars, are likely to be the main draw at Fuego.

Where: Tortuga
The restaurant is bright, colourful and an absolute hoot, and the food is spot on too. The energetic staff are well-informed and, with a pretty location by the waterside, the atmosphere is lovely. The drinks menu is an education, with over 90 tequilas as expensive as Dhs6,000 a shot to choose from. Even something as straightforward as salsa is made substantial with a variety to choose from. For the main course, diners at Tortuga are encouraged to share in the true Mexican tradition. For a table of four, seven dishes were more than adequate to feed everyone. Also worth ordering were the dorados (crispy chicken tacos with ranchera sauce), or quesadillas oozing with beef and sauce (you’ll need at least three napkins to handle that one). Another highlight was the ceviche. The verdict on Tortuga is very Mexican, very tasty – and not a straw donkey in sight. 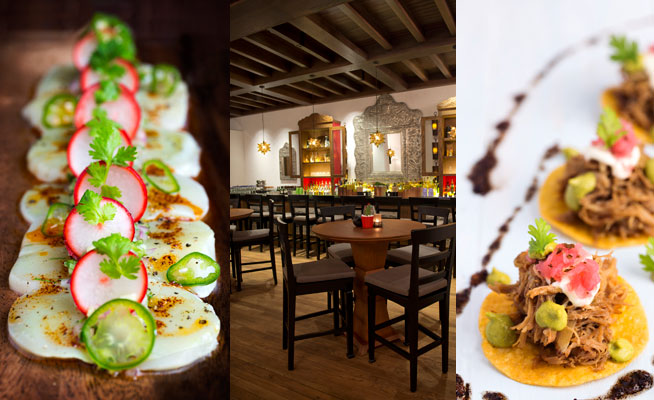 PARTY
Where: Izel, Conrad Dubai
Ok, not strictly Mexican, but this gorgeous supperclub at Conrad Dubai, wraps dinner, drinks and a party into one epic evening of entertainment. Their Ultimate Cinco de Mayo party takes place on Friday May 9 (with ‘duel of the guitars) and will launch a special ‘The Taste’ series inspired by different countries from the Latin American region. For the big day itself, they invite guests to enjoy a delicious three-course quintessentially Mexican meal, with 15 per cent of everything all week. There’s meat on a spit, one of the biggest humidors in the city and plenty of dangerous Latin American cocktails. The south American flavour also extends to the entertainment at Izel, with Cuban and Mexican beats keeping patrons dancing till late. 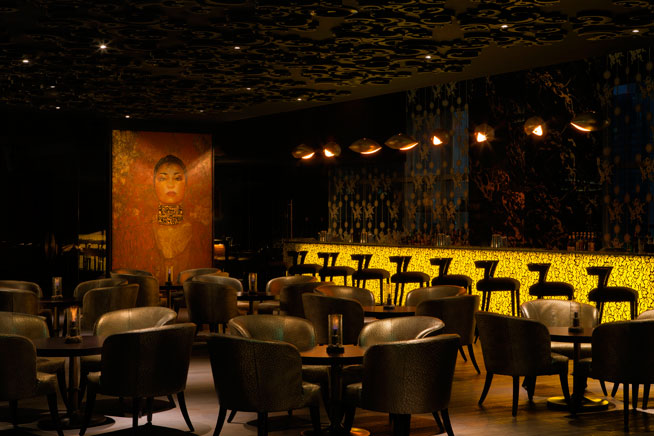 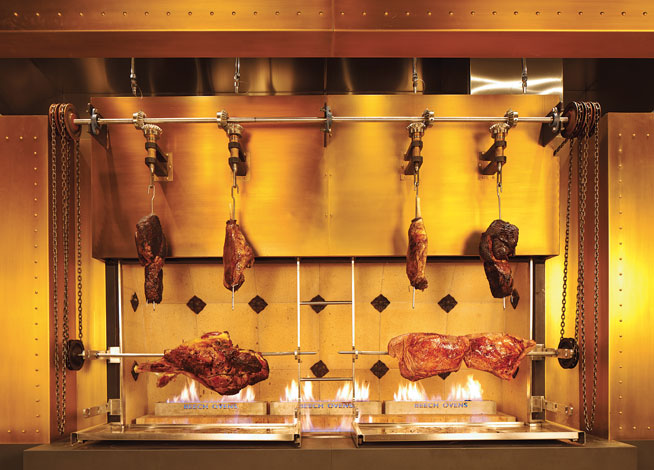 DRINKS
Where: Café Habana
Again, not strictly Mexican, but there is more than a fair injection from the mainland. Supposedly, modelled on a Cuban café where Fidel Castro and Che Guevara set the wheels of the Cuban Revolution in motion, its first incarnation in New York’s trendy Nolita neighbourhood, home to David Bowie, is critically acclaimed and a popular hangout for famous faces. In Dubai’s tourist-heavy Souk Al Bahar, the small bar/restaurant doesn’t quite live up to its billing. Stick with us, it’s not bad, we just can’t imagine David Bowie hanging out there. It’s a nice space: exposed brick walls, low lighting, a big painting of Che Guevara, a smattering of tables, a bar serving cocktails, tequila and Mexican beer and a terrace serving shisha. When we visited, the football was on. We ate some good bar food from the predominantly Mexican menu. We scoffed a bowl of proper corn tortilla chips (not the sort you buy in a bag from Waitrose) with fresh, finely diced tomato and onion, sour cream and a good guacamole. The excellent fish taco was a mixture of soft, meaty beer-battered hake with a piquant blend of salsa verde and salsa negra in a crisp, but not too crisp, taco. Delicious, though using a sustainable local fish would have earned extra brownie points.

Celebrate the big day from 7pm, with three free cocktails for the ladies before 10pm, a Mexican beer bucket for Dhs110, live music and a hot wing eating challenge. 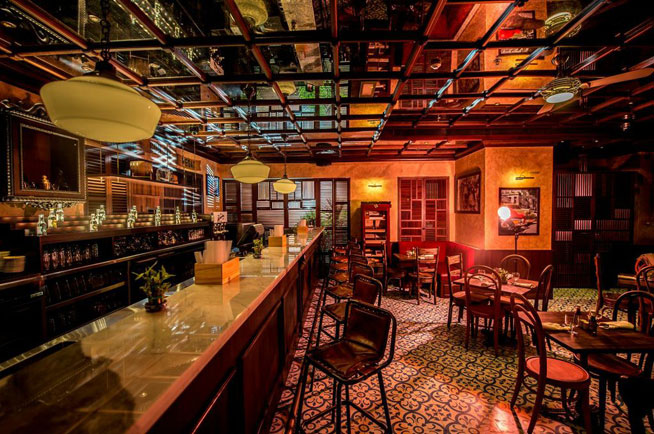 DIY FOOD
How to make guacamole
1. Remove the stone from the avocado.
2. Scoop out the flesh.
3. Mash it up with a fork and spoon.
4. Add the juice of half a lemon.
5. Add 1 tsp of salt and 1 tsp of pepper. Add diced onion, a sliced chilli pepper and some chopped tomato.
6. Mix well. Garnish with a sprig of coriander, a whole chilli pepper and some tortilla chips for decoration. 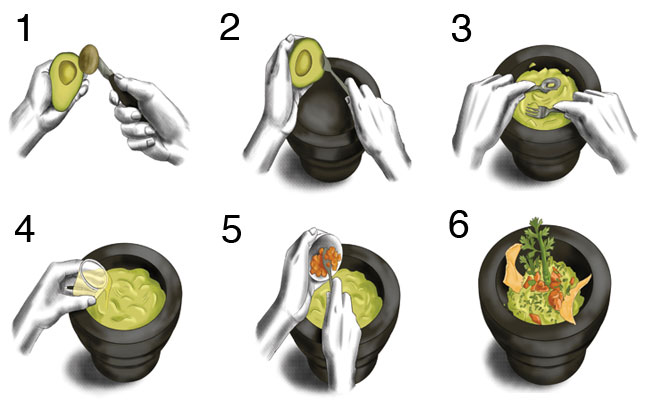 An idiot’s guide to Mexican Cooking
Of course, Mexico is best loved for it’s brilliant cuisine, plenty of which can be found around Dubai and the UAE. So on this, one of the nation’s most important days, we hail all things salsa-inspired with this idiot’s guide to Mexican cooking, courtesy of Chef Carlos Hannon, head chef as Tortuga, Madinat Jumeirah. Read the full guide here, or check out his handy tips on making the perfect fajita below.

Brunch
Eat & Drink
Restaurants
EDITOR’S PICKS
9 royal-approved Dubai restaurants
READ MORE
16 of the best beach bars in Dubai for sundowners
READ MORE
Bla Bla: Dubai's huge new beach club is set to open this Thursday
READ MORE
Where to get the Covid-19 vaccine in Dubai, Abu Dhabi and across the UAE
READ MORE
MOST POPULAR
Dubai Food Festival is set to return on February 25
Brand new eco oasis Al Fay Park opens on Al Reem Island, Abu Dhabi
9 exciting things to do in Abu Dhabi this weekend: January 21 to 23
Don't miss this cool collaboration between two top Dubai restaurants
Sale: Emirates and Etihad slash prices on flights around the world
YOU SHOULD CHECK OUT
Our website uses cookies and other similar technologies to improve our site and your online experience. By continuing to use our website you consent to cookies being used. Read our privacy policy here.