What’s On has a Brazil travel guide as part of the ‘where to watch the World Cup’ series, full of travel tips for Brazil and hidden gems, including Rio.

There’s more to this vibrant country than just football. Here’s your essential to-do list for any trip to the sultry South American hotspot…

THE COFFEE SHOP
Octavio Café
Brazil has been the world’s largest producer of coffee for the past 150 years, currently producing about 2.5 billion kilogrammes every year, amounting to one third of the world’s coffee. Coffee connoisseurs should head to Octavio Café, the java bar and bistro in São Paulo’s upscale Jardins District. A must-drink spot since it opened in 2007, the café occupies a coffee-cup-shaped building. Inside, natural materials reinforce the country’s coffee glory in reclaimed peroba rosa flooring like that of historic coffee farms and walls made from the chemical-free soil in which the beans grow. You won’t find a better espresso anywhere in Brazil. 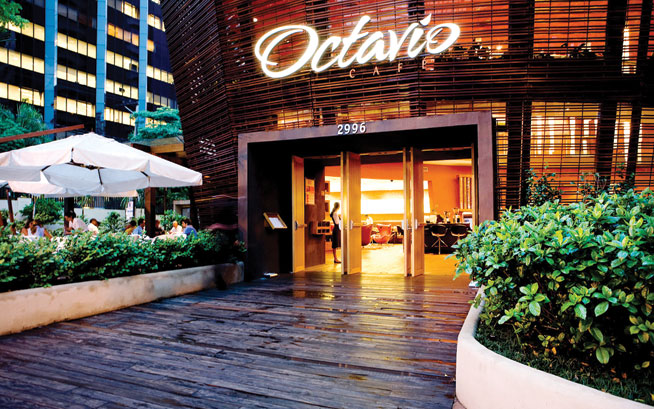 THE HISTORIC DISTRICT
Terreiro de Jesus
Salvador is a city of amazing vibrancy, a place where centuries of colourful stories mingle in the modern day hustle and bustle. At the city’s most famous square, Terreiro de Jesus, persuasive vendors, awe-struck tourists, athletic capoeiristas and exuberant locals meet and mingle. A historic site of religious celebrations, ringed by four churches, as well as the 19th-century Faculdade de Medicina Building, this stunning plaza feeds into the Cruzeiro de São Francisco, named after the cross in the square’s centre. 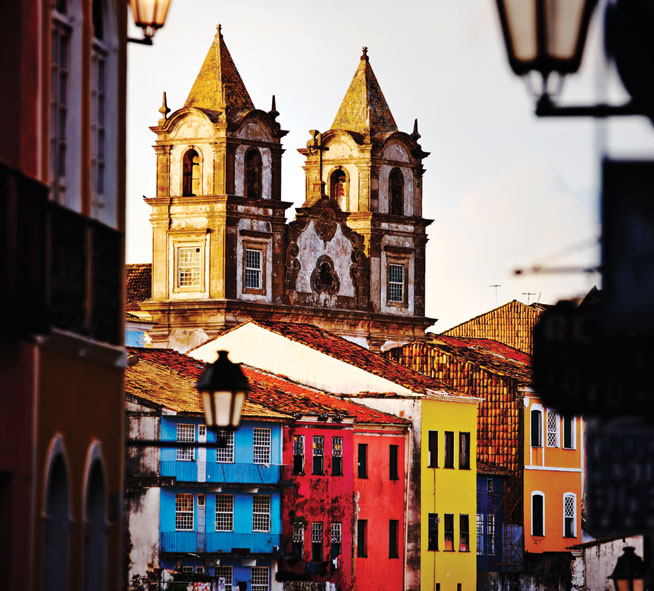 THE BEACH
Ipanema
Rio’s famous beach is known for its elegance, its gorgeous sunbathers in tiny bikinis and that lovely little 1960s ditty The Girl From Ipanema by Astrud Gilberto. Two mountains called the Dois Irmãos (Two Brothers) rise at the western end of the beach, an impressive backdrop to games of volleyball, football and a local invention, footvolley, which is a combination of the two. It’s also a surfing paradise, with waves of nine feet in winter. At sunset each night crowds gather to applaud the dying sun and the end of another beautiful day in Rio. 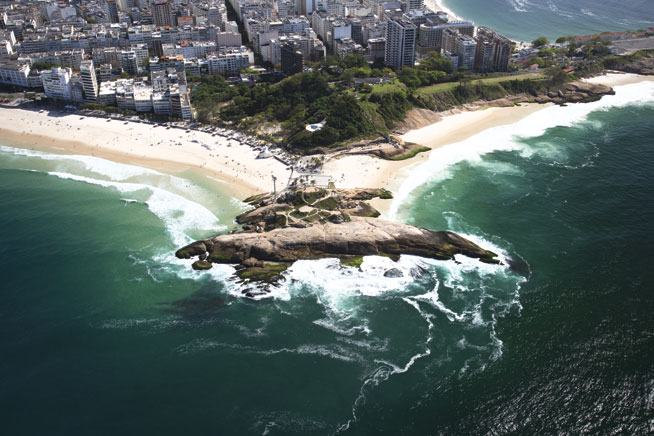 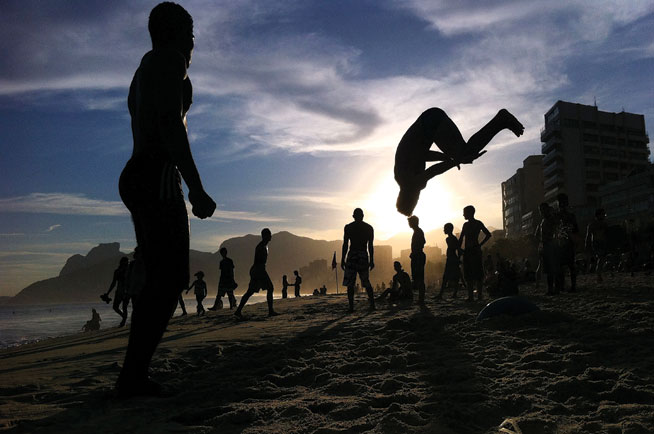 THE HOTEL
The Copacabana Palace
The most famous and luxurious hotel in South America faces Rio’s Copacabana Beach and houses a semi-Olympic swimming pool, a three-storey spa and a nightclub. The hottest spot in Rio for 80 years, it was featured in the 1933 film Flying Down To Rio starring Fred Astaire and Ginger Rogers, and inspired Barry Manilow to write his hit song Copacabana. The hotel has been a home away from home for A-listers including Madonna, Michael Jackson, Walt Disney, Marilyn Monroe, the Princess Of Wales and Luciano Pavarotti. 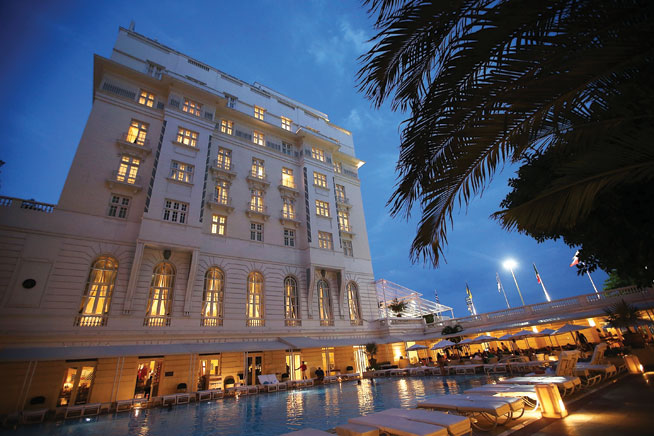 THE SAMBA CLUB
Bar Brahma
Considered the most traditional of the Afro-Brazilian sounds, samba and its unmistakeable rhythms fill the ears of visitors the minute they step off the plane. São Paulo has strong samba roots, with scores of sambistas documenting the transformation of São Paulo from the provincial town of the early 20th century into the thriving metropolis of today through the lyrics. Over the decades, the sounds of traditional samba have evolved into a complex web of offshoot and related genres that range from bossa nova to rock. Whatever the style, there’s no shortage of places in São Paulo to get better acquainted with samba, traditionally accompanied with a hearty plate of feijoada, a type of bean stew. São Paulo’s best-known live music club, Bar Brahma, has a somewhat faded charm yet offers the best spot to groove the night away to genuine beats. 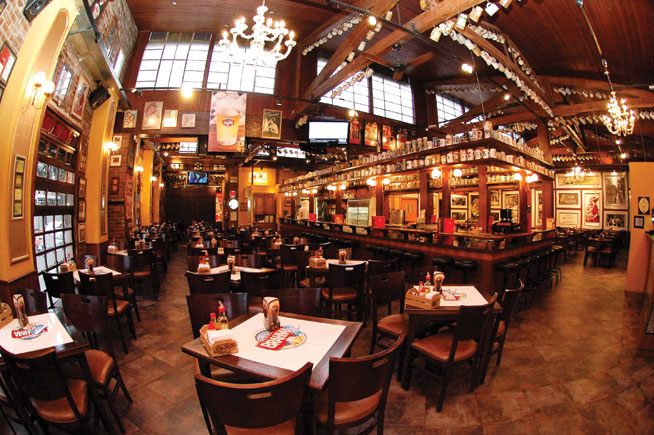 THE LANDMARK
Christ The Redeemer
You’ve seen this incredible statue on a million postcards and travel books. The breathtaking beauty and sheer size of this remarkable Art Deco sculpture has to be seen to be believed. It is 30 metres tall, on an eight-metre-high pedestal, while its arms stretch 28 metres wide. Weighing in at 635 tonnes, the monument stands stoically atop the peak of the stunning 700-metre Corcovado Mountain in the Tijuca Forest National Park. Overlooking the city of Rio since 1931, and made of reinforced concrete and soapstone, it is truly one of the world’s most iconic sights. 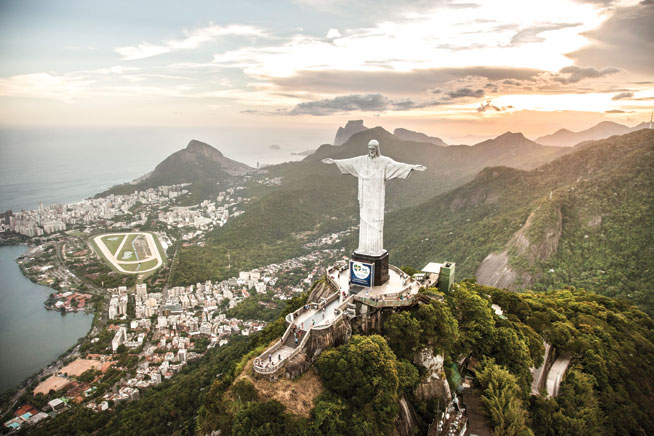 THE RESTAURANT
Dona Mariquita
You’ll want to make your way to this hidden gem in Salvador on a Friday night, when a live band plays and the locals are out in force, yabbering away excitedly about their weekend plans. Secure yourself a table on the patio (which is decorated with local arts and crafts) and ask your waiter to bring you a table-load of culinary delights. Start off with pastel, fried meat dumplings served with a hot pepper jam; then try the fish moquecas and bobós with bean stew and carne seca (sun-dried beef). Delicious. 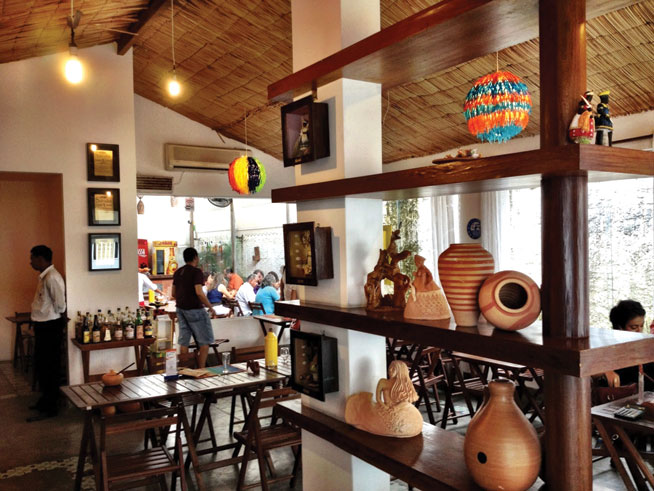 THE EXCURSION
Amazon River cruise
Don’t just look up into the trees when you’re in the rainforest, look at the river too. The Amazon River dolphin is a freshwater river dolphin endemic to the Orinoco and Amazon River systems of Brazil that shines a beautiful carnation pink in sunlight. The monkeys and parrots that play alongside you as you cruise through the water may make more noise, but the rose-hued dolphins grab your attention by splashing, jumping and waving like excited toddlers. They can grow to around three metres in length and have unfused neck vertebrae, enabling them to turn their heads 90 degrees, a flexibility that is vital to navigate the flooded forests of the Amazon. 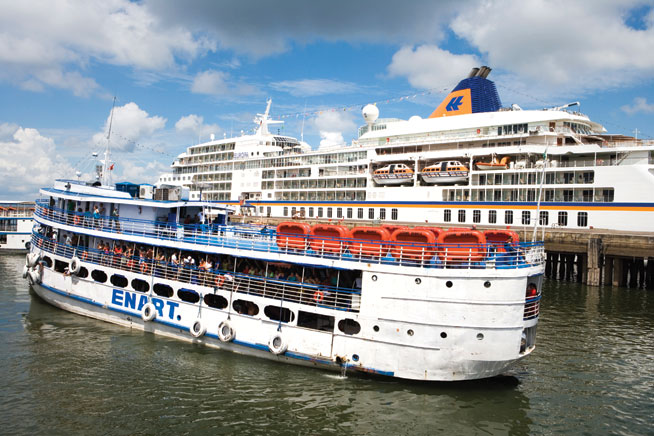