What’s On goes back to 1979 and looks through the original issue of the magazine – a first for the UAE – which told people things to do in Dubai.

Leafing through the first edition of What’s On from 1979, a picture emerges of a very different UAE…

The Dune Beat mobile disco was doing a roaring trade in 1979, playing at hotels and social clubs, with What’s On editor Ian Fairservice at the turntables. The most requested hits were YMCA by The Village People, I Will Survive by Gloria Gaynor and the Bee Gees’ classic Tragedy.
The piece also reports that, although punk music was all the rage in the UK in 1979, any time they played it in Dubai
the dance floor emptied.

Elsewhere on the music scene, Peaches disco got people dancing at the Marbella Club in Sharjah, playing the likes of Rod Stewart and Boney M.

Chalet Suisse restaurant had an Italian dinner deal running that included soup or pasta followed by a main course for Dhs40. Sadly, it closed down in 1979 when new laws made it mandatory for establishments to have a liquor licence.

More…
– VIDEO: Meet the man who started it all, Managing Partner and Group Editor Ian Fairservice
– Dubai Then&Now. A picture tribute to the changing face of Dubai
– Celebrities in Dubai – the famous folk with whom What’s On has rubbed shoulders

Dubai Sheraton Hotel was offering a dinner and a cabaret show called Fiesta Filipina featuring Cynthia Patag and her dancers for Dhs95.

For tourists, the Sharjah National Travel And Tourist Agency ran half-day tours of Dubai, stopping off at the creek, the museum, the spice market and the gold souk for Dhs50 per couple.

Listings for TV channels (which broadcast from 6am to 10.30pm) included shows such as Wagon Train, US soap opera General Hospital (left), Poldark, Rising Damp and The Secret Life Of Baron Von Der Trenck.

You could kit out your two or three-bedroom house at Habitat furniture store for Dhs24,000.

At the White Oryx pub a popular starter was the Grapefruit Washington. Their set three-course lunch menu was priced Dhs35. It too was to become a victim of new liquor licensing laws.

Telephone numbers in Dubai and Sharjah only had six digits.

CHECK OUT A SELECTION OF PAGES BELOW… or download the full version HERE. 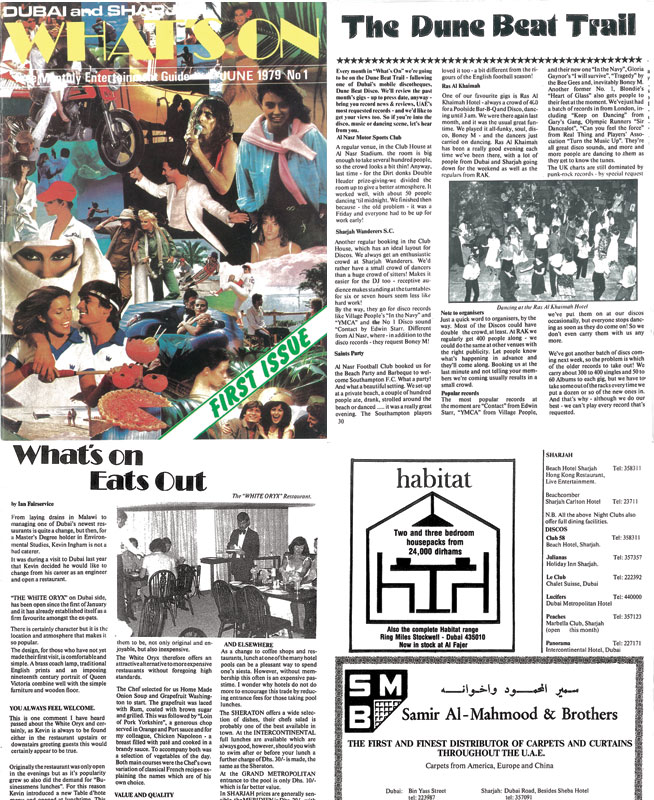 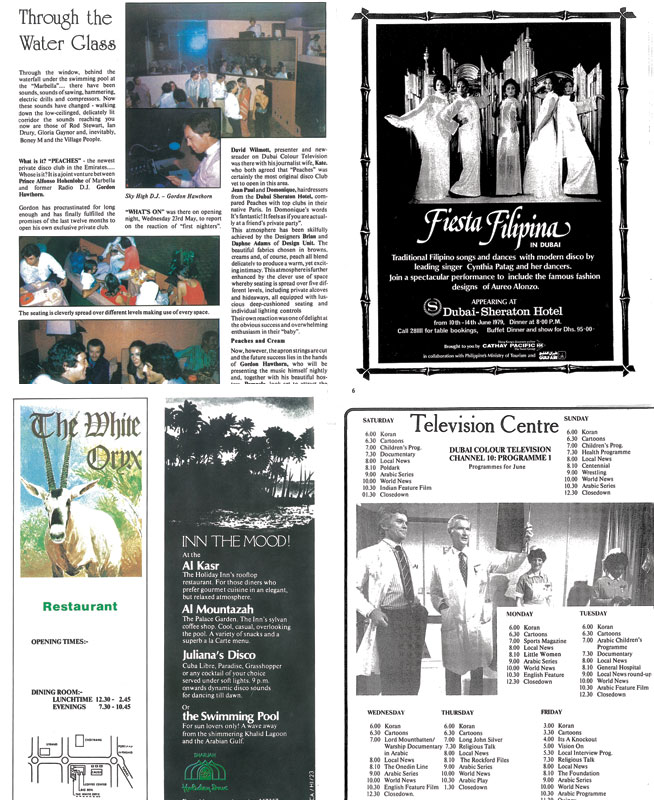