What’s On has details of Four Seasons Dubai restaurants (two from another celebrity chef in Dubai Jean-Georges Vongerichten), clubs, watersports and other.

Market Kitchen in Abu Dhabi, to which the Michelin-starred Frenchman acted as a consultant, has been hailed as one of the most brilliantly unique in the capital since its opening in the first part of 2014, and expectations are high that he will repeat the feat in Dubai.

Opening two concepts at the under-construction Four Season Resort at Jumeirah Beach, Jean-Georges is the standout name on the plans for the new hotel, which will start welcoming guests from December 1.

In total there will be 10 restaurant and lounge options, with two additional venues by Zuma, and a small and exclusive lounge known as Provocateur Nightclub, which will welcome international DJs.

Five will be managed by the hotel themselves, including Suq, casual beach and pool grill Sea Fu, Shai Salon (an Arabic tea lounge), and Hendricks Bar, as well as the rooftop Mercury Lounge which will offer unobstructed 360 degree views of the surrounding area.

Speaking about the hotel as a whole, General Manager Simon Casson insists it will be different from the usual big, brash buildings dotted around the Emirate, choosing instead to be “an intimately scaled, luxurious enclave of comfort and style.”

Standing at just five stories high, he seemingly has a point. The resort spreads across 14 acres and has 237 guest rooms and suites offering either Burj Khalifa or sea views. The spa, so the hotel say, will ‘become a resort unto itself’, encompassing 706 square metres of the property.

Outside, the Four Seasons stretches out along almost 300 metres of natural beachfront, allowing for an on-site watersports facility, as well as two pools and several day villas, home to ‘super cabanas’.

HERE’S WHAT WE MADE OF MARKET KITCHEN

Mention American food and most people think of burgers, hot dogs and steaks. But there’s more to it than that, and the finer side of US cuisine has arrived in Abu Dhabi, at Market Kitchen in the refurbished Le Royal Méridien. Michelin-starred French chef Jean-Georges Vongerichten, who is a consultant for the restaurant, inspires the look and menu of this modern American kitchen.

The décor is certainly unique. There’s the long open kitchen, the winding staircase to a lounge and bar area upstairs, plus a novel selection of items placed on metal black shelves – rows of jugs, bread baking tins, breadboards and butter trays. The large black lampshades give the place a more sophisticated feel at night. But what will grab your attention the most is the giant tree right in the middle. There’s a lot going on at Market Kitchen, but somehow it manages to feel homely. 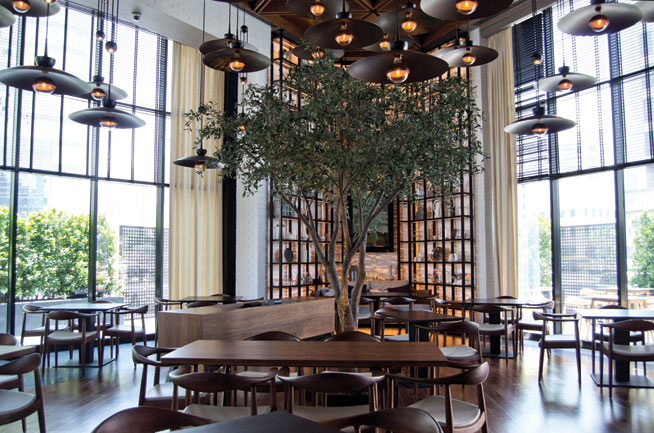 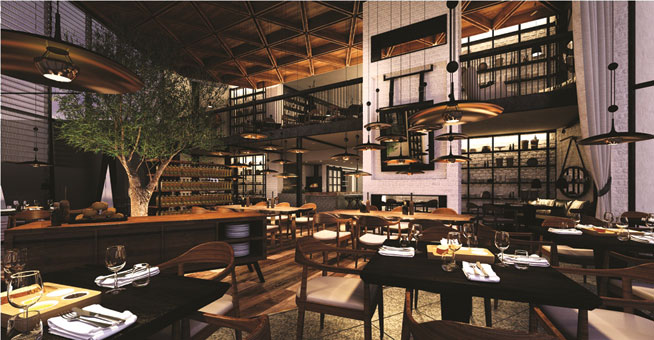 What about the food? The crispy calamari in basil salt was sumptuous, delicately cooked and addictive. The roasted beetroot with goat’s cheese and crystalised ginger was much lighter, but no less tasty. It’s a refreshing way to start a meal.

For mains, the parmesan-crusted chicken with asparagus worked well with a couple of sides, especially the creamed spinach and the buttery mash potato. The only letdown was our other main – an overly sharp and sweet fettuccine with lemon cream.

Desserts were decadent and very rich, particularly the sundae of salted caramel ice cream covered in fudge sauce, peanuts and popcorn. The salty taste means it’ll take a couple of mouthfuls to really appreciate it, and we’d hold the popcorn and add more nuts if we ordered again, but it’s a clever pudding nonetheless. The warm chocolate cake with vanilla ice cream is a signature dish here and was oozing with naughtiness.

Eat & Drink
News
Restaurants
EDITOR’S PICKS
Here's the full list of UAE public holidays in 2023
READ MORE
23 incredible things to look forward to in the UAE in 2023
READ MORE
Hidden gems: 10 UAE desert pop-ups to discover this winter
READ MORE
Where to travel in 2023: 10 new flight routes from the UAE
READ MORE
MOST POPULAR
The Wizarding World officially comes to Dubai
11 homegrown UAE restaurants that have gone global
13 new brunches in Dubai that will spice up your February
You can now tour these 12 ladies' nights on Yas Island
Sweep your special someone off their feet at TH8 Palm Jumeirah
YOU SHOULD CHECK OUT
Our website uses cookies and other similar technologies to improve our site and your online experience. By continuing to use our website you consent to cookies being used. Read our privacy policy here.