Get on track - the world's most exciting train journeys

What’s On profiles some of the most beautiful and great rail holidays – train trips – including Trans-Siberian Express, Ghan, Cali Zephyr, Orient-Express.

TRANS-SIBERIAN EXPRESS, RUSSIA
Journey time: Eight days
This is a biggie so bring a good book. Or maybe several good books. The longest railway in the world runs the width of Russia, from the Gulf of Finland to the Pacific Ocean, a bum-numbing distance of more than 9,000km. Along the way it crosses two continents, says hello to 90 cities and crosses seven time zones, en route from Moscow to Vladivostok. It also takes in Lake Baikal, the world’s oldest and deepest lake. 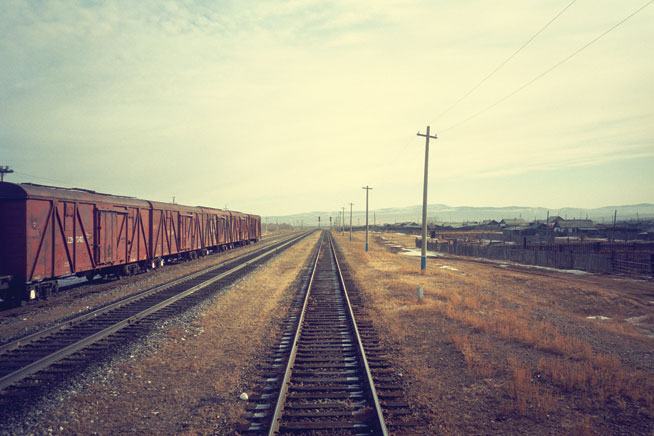 THE GHAN, AUSTRALIA
Journey time: Two days
Cut through the desolate heart of Australia, known as the Red Centre, on this adventurous 3,000km train ride. Named after the Afghan camel trains that first trod these outback routes, the Ghan goes north to south, connecting Darwin with pretty Adelaide, via the iconic Alice Springs. Waking up early in the morning to see the glowing red sands of the outback is a great way to start the day. Keep your eyes peeled for kangaroos. 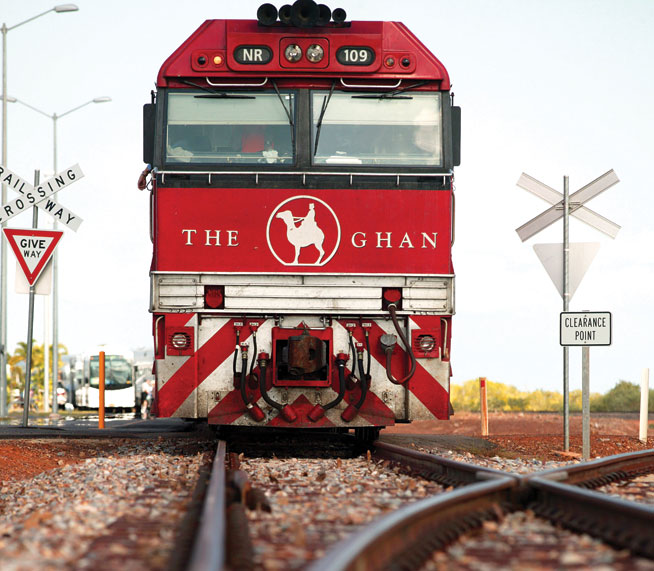 CALIFORNIA ZEPHYR, USA
Journey time: 51 hours
Embrace the frontier and get a taste of American adventure across seven states and 4,000km. Relive the epic journey made by American pioneers as they left Chicago in the east to make their fortune in the golden west. The California Zephyr, nicknamed the Silver Lady, takes in numerous canyons, deserts, mountains and rivers, zipping through Illinois, Iowa, Nebraska, Colorado, Utah, Nevada and California. 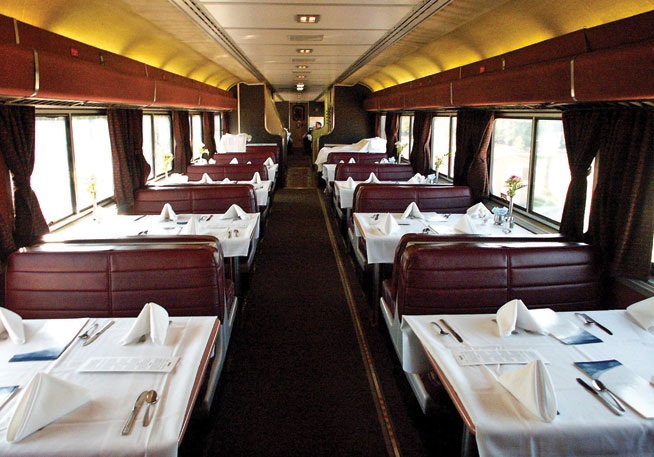 DARJEELING HIMALAYAN, INDIA
Journey time: Seven hours
Get a taste of colonial India on this beautiful old steam train. When the Brits wanted to escape the heat of the Indian summer, they would pile aboard and escape up into the hills to the cooler climes of Darjeeling, home of the world-famous tea. This 83km train line, built between 1879 and 1880, is a World Heritage Site and the stations along the way have been beautifully restored. Tea plantations stretch far and wide, as do the spectacular views of the Himalayas. 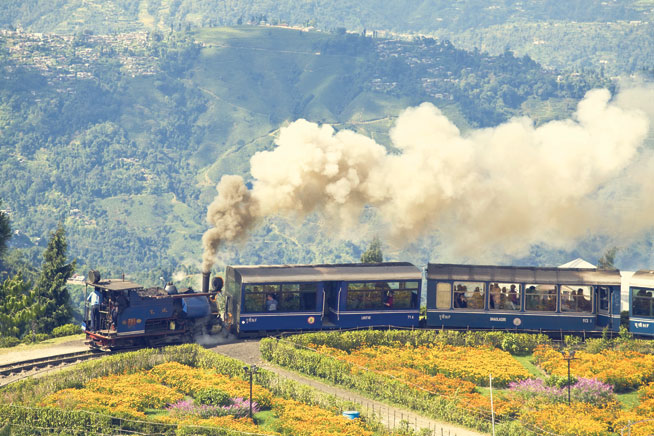 ORIENT-EXPRESS, EUROPE
Journey time: 24 hours
It’s old, it’s classic and it’s very romantic. Perhaps the most famous train in the world, largely thanks to Agatha Christie’s novel, the Venice Simplon-Orient-Express takes passengers from London to Venice in five-star luxury. The British Pullman train sets off from London. After crossing the Channel you board the 1920s-style Orient-Express and trundle through the mountains of Switzerland and Austria to the canals of Venice. 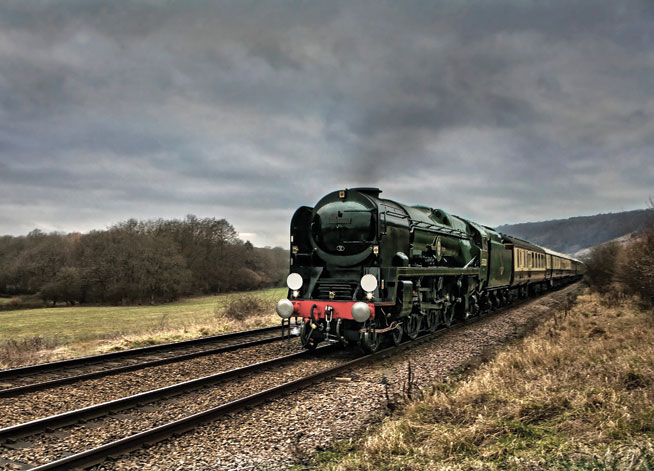 FRANS JOSEF EXPRESS, NEW ZEALAND
Journey time: Four hours 30 minutes
See Lord of the Rings-style scenery on this journey that cuts across New Zealand’s rugged south island. Your starting point is the pretty town of Christchurch, scene of the devastating 2011 earthquake. With large windows for outward gazing, the comfortable and modern train goes east to west through the Southern Alps, offering incredible views of alpine forests and snow-capped mountains – plus the cleanest of air for which New Zealand is rightly famous. You finish in Greymouth, home of the famous Frans Josef glacier. 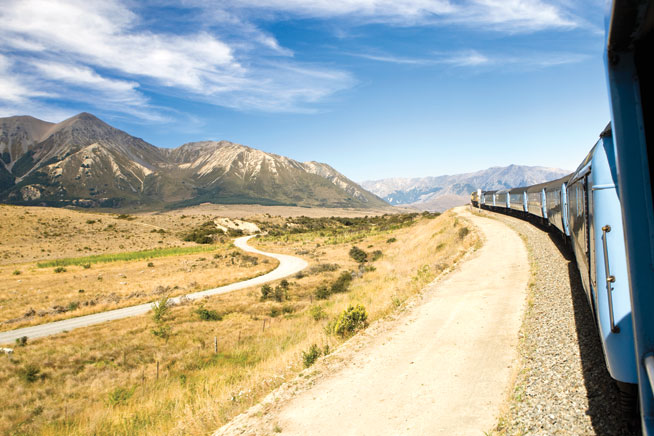 HIGH-SPEED TRAIN, CHINA
Journey time: Four hours 48 minutes
This one is all about speed. This train, with its distinct pointy nose, connects Chinese mega cities Beijing and Shanghai at a dizzying speed of 300kph. Even though much of it might be a tad blurry, there is beautiful countryside to be seen on this futuristic ride. 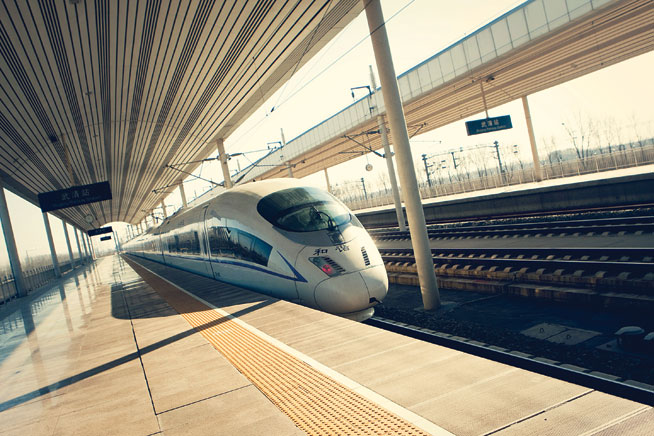 ROCKY MOUTINEER, CANADA
Journey time: Four days
The Rocky Mountains in Canada are justifiably among the world’s most awe-inspiring sights and seeing them from a seat on the Rocky Mountaineer train is not a bad way to try and absorb their majesty. Gawp at the canyons, startling blue lakes and roaring rivers on this stunning journey that starts in the cosmopolitan city of Vancouver, riding east to Calgary, passing through the absurdly pretty spots of Lake Louise and Banff. 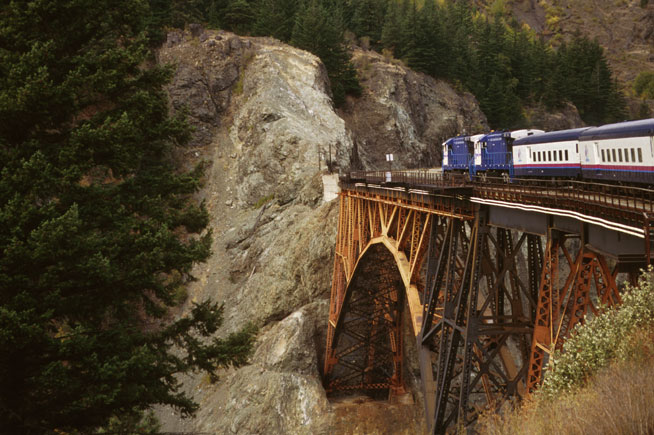 COPPER CANYON RAILWAY, MEXICO
Journey time: 16 hours
If you thought the Grand Canyon was big, wait till you get a load of Copper Canyon in northern Mexico. Known as El Chepe, The Copper Canyon Railway is a feat of engineering that connects Los Mochis to Chihuahua. It encompasses 36 bridges and 87 tunnels on its 655km route through enormous canyons formed more than 30 million years ago. 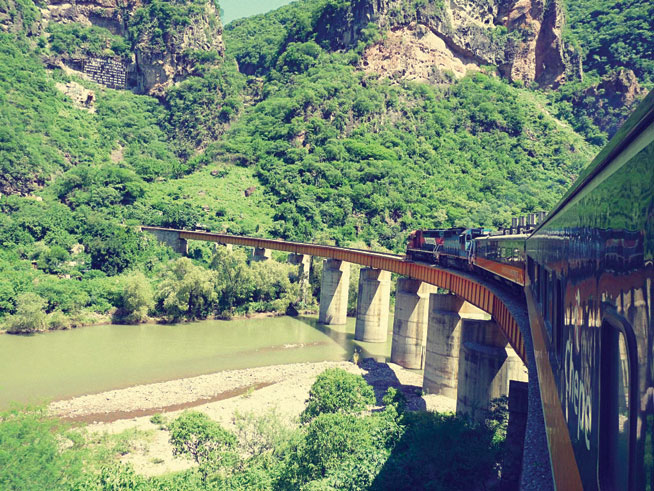 BERGEN LINE, NORWAY
Journey time: Seven hours
See some of the world’s most beautiful wilderness on this trip between Oslo and Bergen. Often tagged as the most beautiful train trip in the world, it’s the highest train ride between European cities and skips across the Hardangervidda, the highest mountain plateau in Europe at 1,222m. The 500km track started being built in 1875 and goes through 182 tunnels that were all cut by hand. 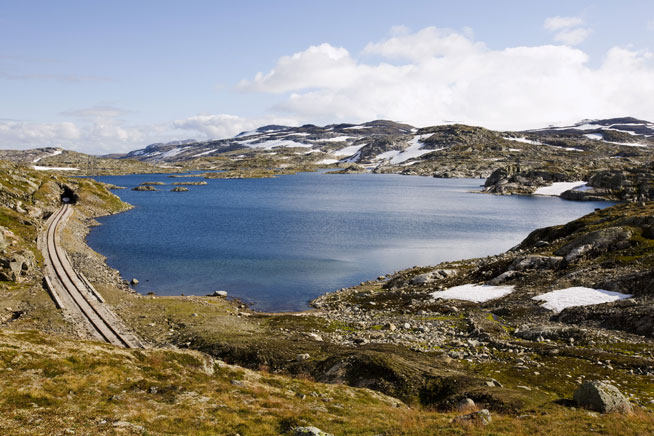 Outdoor
Travel
Travel Guides
EDITOR’S PICKS
Here's the full list of UAE public holidays in 2023
READ MORE
23 incredible things to look forward to in the UAE in 2023
READ MORE
Hidden gems: 10 UAE desert pop-ups to discover this winter
READ MORE
Where to travel in 2023: 10 new flight routes from the UAE
READ MORE
MOST POPULAR
Ras Al Khaimah Fine Arts Festival returns this weekend
The best new bars in Dubai
15 Dubai pool and beach passes that are all fully redeemable
Try something new: 21 brilliant new things to do in Dubai
Dr Who, C3PO, Andy Serkis and more celebs confirmed for Comic Con
YOU SHOULD CHECK OUT
Our website uses cookies and other similar technologies to improve our site and your online experience. By continuing to use our website you consent to cookies being used. Read our privacy policy here.