Dubai doesn’t do small. It’s a place that likes things big, bold and expensive. Take a deep breath and get ready as we turn it up to 11…

MOST EXPENSIVE SPA TREATMENT
The 24-carat gold facial at Jumeirah Zabeel Saray’s spa
When in Dubai, the bling shouldn’t be limited to your rings and watch. Jumeirah Zabeel Saray has managed to incorporate the most precious of metals into a spa treatment. The hotel’s Talise Ottoman Spa is home to the 24-carat gold facial – among the world’s most expensive spa treatments – which uses a gold chain mail mask to stimulate cellular growth in the skin. Add to that an Arabian gold hammam, a massage, a milk and rose oil bath, and a lunch of champagne and caviar, and you’ll make Cleopatra look hard done by. You’ll finish with a youthful glow, but a bill of Dhs25,000 might age you a few years. 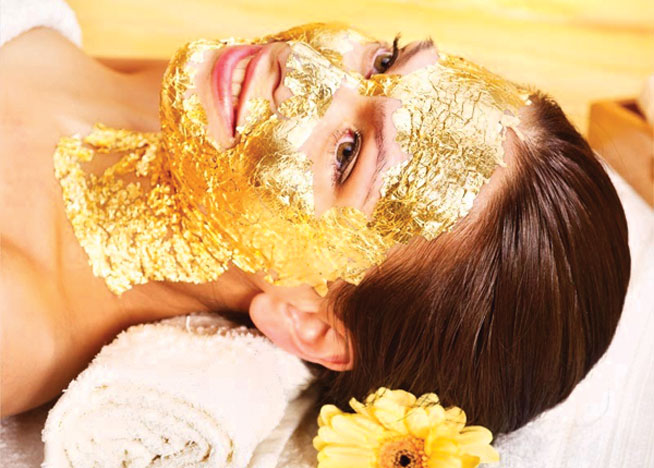 TALLEST BUILDING
The Burj Khalifa
So tall that new methods of construction had to be invented to build it, Burj Khalifa towers over Dubai at a height of 829.8 metres. Records it holds include tallest existing structure, world’s highest elevator and the building with most floors. It’s also had Tom Cruise clambering all over it in Mission: Impossible Ghost Protocol. Head to the observation deck on the 124th floor and look down if you dare. 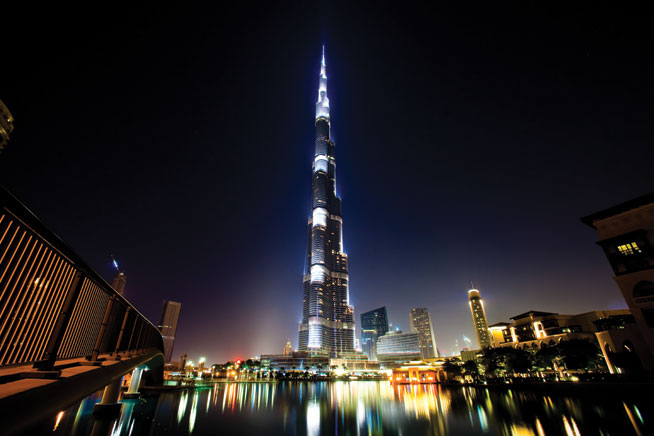 HIGHEST WATERSLIDE
Jumeirah Sceirah, Wild Wadi
The tallest and fastest waterslide outside North America, the Jumeirah Sceirah is a stomach-lurching 33 metres high. Having towered over Jumeirah Beach Road for over a decade, the ride brings you to speeds of 80km per hour, travelling at a 70° angle. 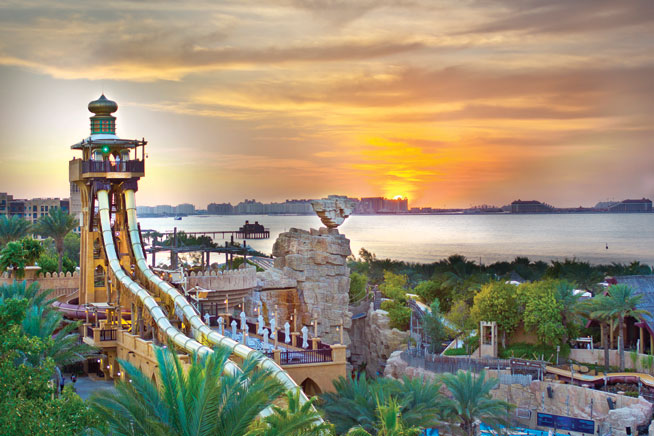 BIGGEST BURGER
Claw
Weighing in at a beeftastic 6lb, this burger is quite rightly dubbed ‘The Beast’. Only a few brave souls have conquered The Beast. Will you be one of them? 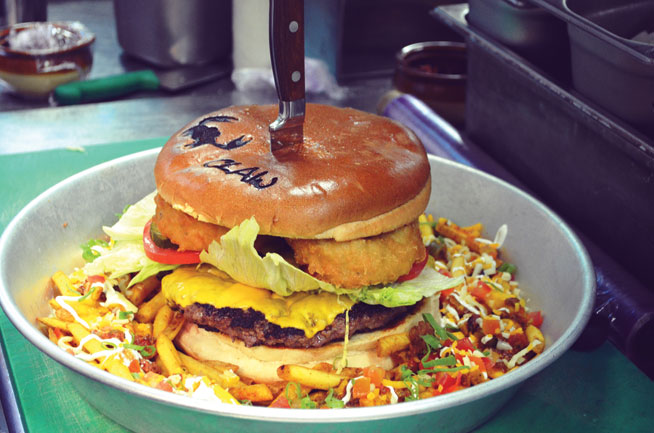 BIGGEST HOTEL SUITE
Royal Suite, H Dubai
The H Dubai’s Royal Suite  clocks in at a staggering 1,130sqm and features three bedrooms with a walk-in bathroom and wardrobe, a mini cinema, a spa room including a sauna, a steam room and a massage bed, outdoor terrace and swimming pool. 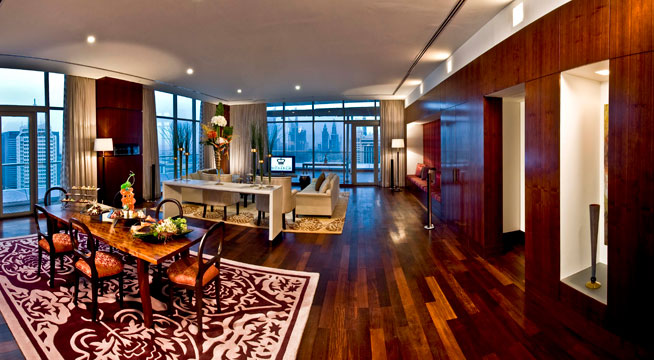 MOST EXPENSIVE COCKTAIL
Skyview Bar, Burj Al Arab
Skyview Bar’s ‘Diamonds Are Forever’ cocktail will leave your wallet Dhs4,960 lighter. Composed of L’Heraud Grand Champagne Cognac, Luxor 24k Gold Flake Champagne and The Bitter Truth Jerry Thomas bitters, this pricey concoction is served in a Swarovski Crystalline Cocktail Glass, with diamonds in the stem. You get to keep the glass to remind yourself how great you are. 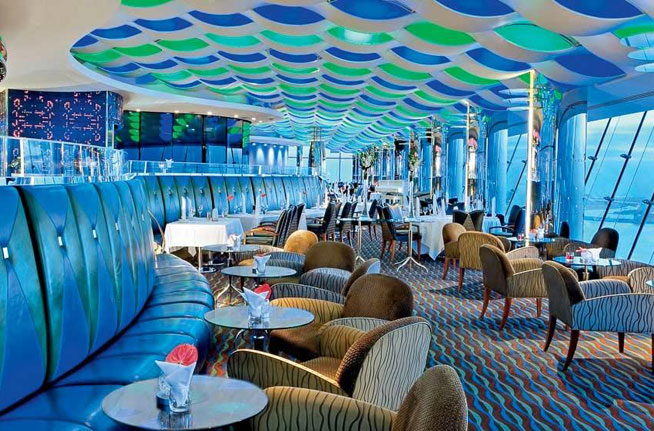 BIGGEST SUSHI
Umai
Sushi fans rejoice. Japanese restaurant Umai serves a metre of sushi for Dhs200. Just give chef an idea of what you like and let him surprise you. That’s a lot of raw fish. 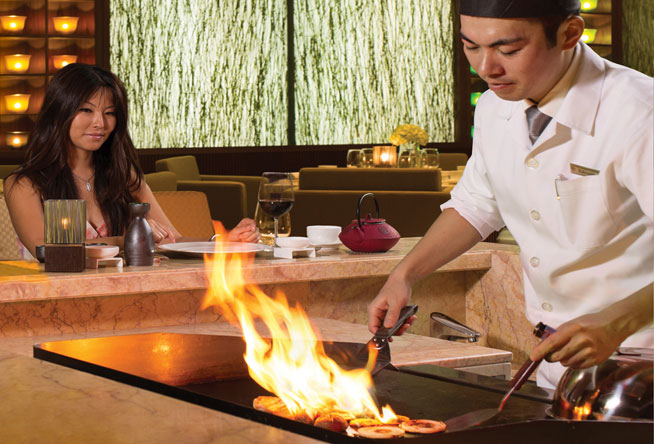 MOST EXPENSIVE HOTEL SUITE
Atlantis Bridge Suite, Atlantis The Palm
The palatial Bridge Suite clocks in at a staggering 924 square metres, and hangs above the hotel’s signature arc. Did we mention you get a 24-hour personal butler and chef service? And a 16-seater gold leaf dining table? Not surprisingly, this is also the UAE’s most expensive hotel room at Dhs139,000 a night. Blimey, just imagine the cost of the stuff in the mini bar. 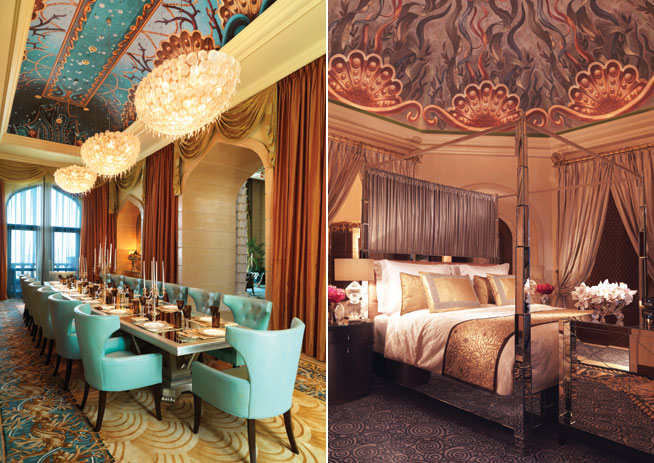 HIGHEST ROOF TERRACE BAR
40Kong
The highest bar in Dubai is roosted on the rooftop of the H Hotel, 40 floors above the chaos of Sheikh Zayed Road, the centre of Dubai’s busiest business district. Stunning views are a given, with a panoramic view of the city that you can enjoy from sunset till the wee hours. 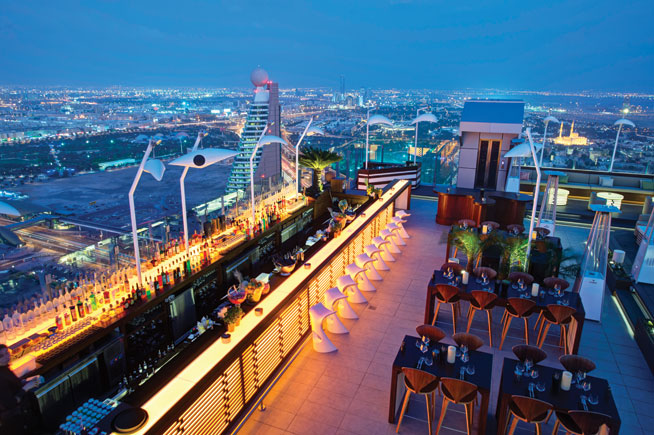 BIGGEST PIZZA
Cucina Mia
Cucina Mia offers a range of pizzas by the metre, but that’s not big enough for Dubai. Bigger appetites can take on a 1.5-metre pizza – longer than Danny Devito is tall. 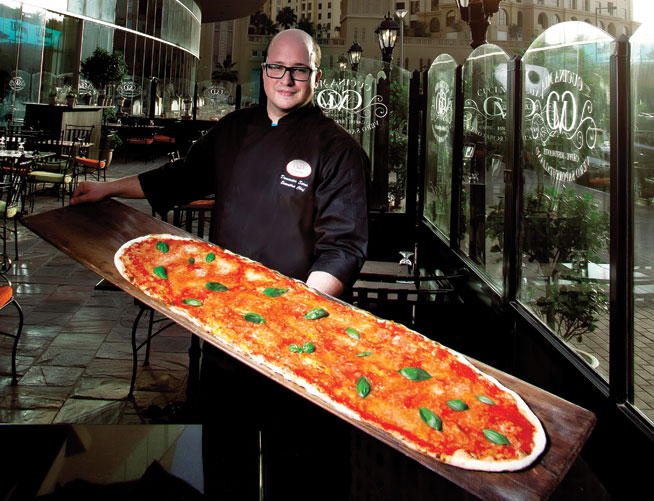 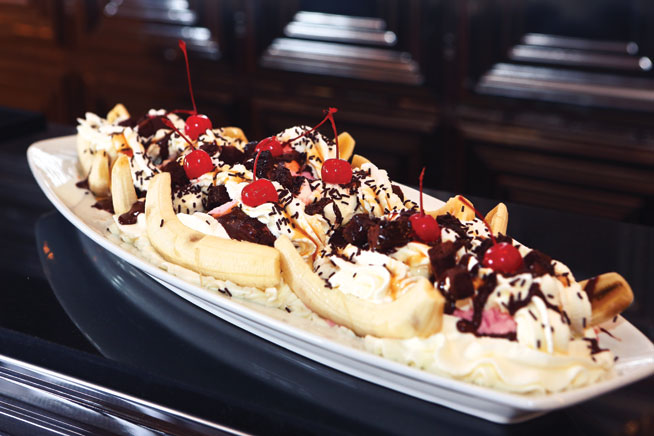 MOST EXPENSIVE BRUNCH
Imperium, Jumeirah Zabeel Saray
Imperium restaurant serves up the Royale Brunch, offering guests a bottle of Dom Perignon. Each. You also get a load of Beluga caviar, all beautifully served by your own private butler. Quite right too, when you consider you’re paying Dhs2,500 a head. 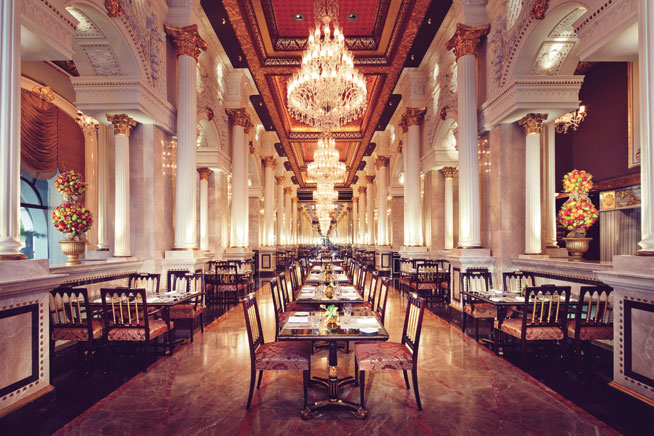 LONGEST BAR
Long’s Bar
The clue’s in the title. Long’s Bar gained its moniker by being the longest bar in Dubai, at 45 metres. British pub grub and live sports on big screen have made this a popular expat haunt. 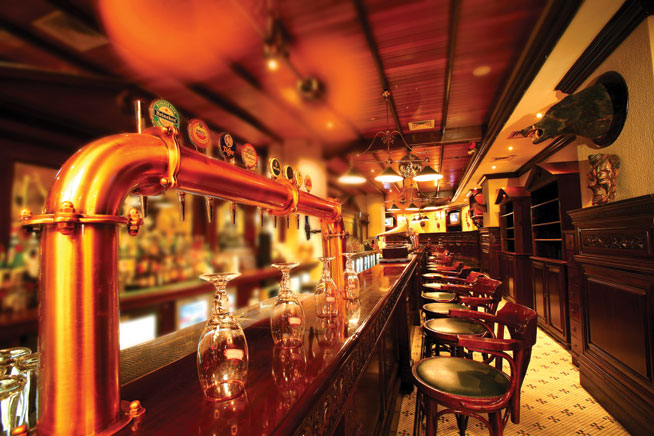 OLDEST MALL
Al Ghurair Centre
The first large shopping mall in Dubai, Al Ghurair Centre opened its doors in 1978, making it even older than What’s On. Although it has undergone several renovations and expansions since, the original building still remains. 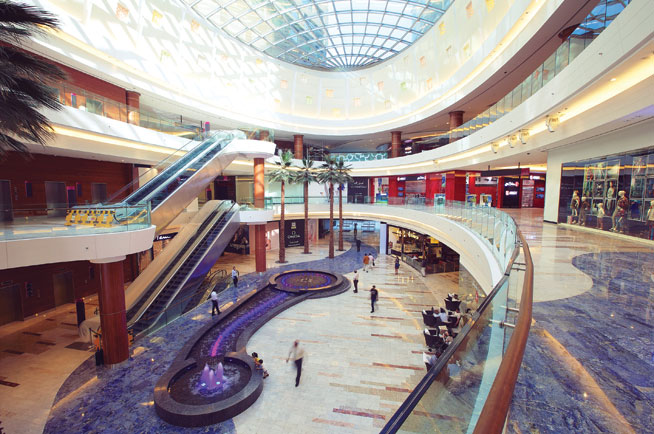